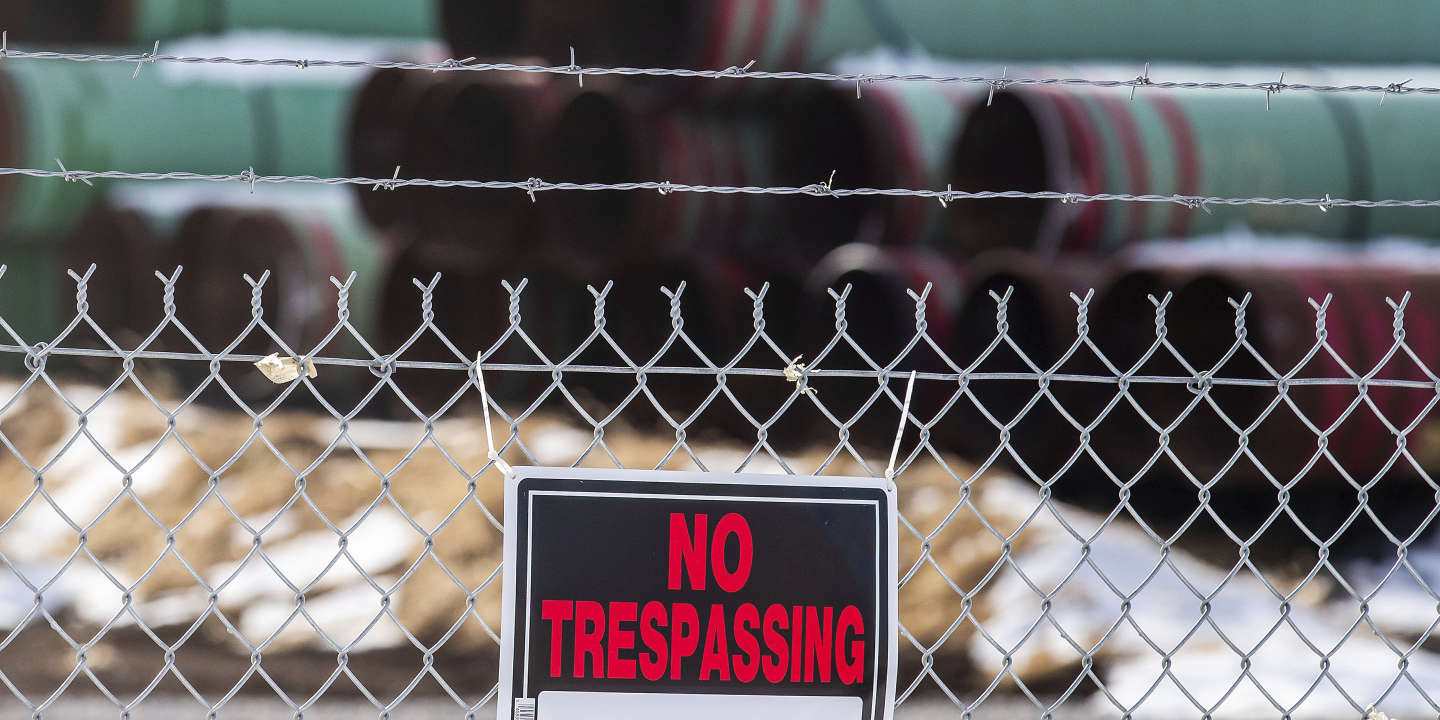 The first bone of contention between Justin Trudeau and Joe Biden Almost five months ago, the controversial Keystone XL oil pipeline project between Canada and the United States, denounced by conservationists, was officially abandoned on Wednesday June 9. “TC Energy confirmed today after a full review of its options and in consultation with its partner, the Government of Alberta, that it has terminated the Keystone XL pipeline project.”, announced the Canadian operator in a press release.

The Canadian group had announced the suspension of work a few hours before the signing of the decree by Mr. Biden on January 20, as soon as he took office. The group based in Calgary, in Western Canada, had expressed its disappointment, announcing to plan accordingly “The dismissal of thousands of unionized workers”. For its part, the Government of Alberta explained that it had also quit the project and said “Explore all options” to recover his investment, according to a press release. The province estimates that the abandonment of the project should cost it 1.3 billion Canadian dollars (882 million euros).

Article reserved for our subscribers Read also The Keystone XL pipeline, the first point of friction between the United States and Canada

“We remain disappointed and frustrated with the circumstances surrounding Keystone XL, including the cancellation of the presidential permit allowing the pipeline to cross the border.”, regretted the premier of the province, Jason Kenney. Alberta concentrates most of the country’s oil reserves, Canada’s main export product. This project, supported by Ottawa but criticized by environmentalists, was launched in 2008. Canceled for the first time by Barack Obama because it was considered too polluting, it had been put back on track by Donald Trump for economic reasons.

The revocation of his predecessor’s decree was one of Mr. Biden’s campaign promises, as part of his plan to fight climate change. It had also aroused the disappointment of the Canadian Prime Minister, who had pledged to complete Keystone XL and other pipelines in order to get Canadian oil to other markets and obtain a better price.

Article reserved for our subscribers Read also United States: by returning to the Paris agreement, Joe Biden is betting on the benefits of offensive climate diplomacy

Canada has the third-largest proven reserves in the world, mainly contained in the western oil sands whose exploitation is criticized for its environmental impact. The oil-rich provinces of Alberta and Saskatchewan (central), already affected by falling oil prices, are expected to suffer from the abandonment of the project.

The environment at the heart of concerns

The latter was to allow, as of 2023, more than 800,000 barrels of oil per day to be transported between Alberta and the American refineries in the Gulf of Mexico. According to environmentalists, it would have resulted in too many greenhouse gas emissions. TC Energy resumed construction last year on the northern portion of the 1,947-kilometer pipeline between the Canadian border and the state of Nebraska, with construction on the southern portion to Texas already completed. TC Energy estimated the costs of this work at 9.1 billion US dollars (7.5 billion euros).

Keystone is not the only subject of disagreement in this sector between Canada and the United States. Last month, Ottawa announced that it had taken the action to the United States to block a Michigan decision ordering the closure of a cross-border pipeline from Canada’s Enbridge, judged “Worrying” by M. Trudeau.

This Ottawa intervention follows an order made by Michigan Governor Gretchen Whitmer ordering Enbridge to close line 5 of the pipeline as of May 12, also for environmental reasons. This cross-border pipeline transports up to 540,000 barrels of oil and natural gas from Western Canada to Ontario, Quebec and several American states every day.