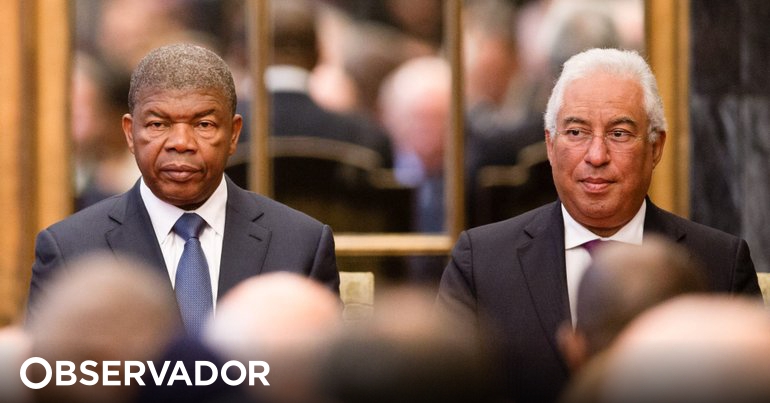 The Portuguese prime minister said he was “very touched” by the Angolan president, João Lourenço, organizing his birthday dinner this Saturday, but he understands this gesture, above all, as a diplomatic signal about the “excellent” Portuguese-Angolan relations.

António Costa celebrates his 60th birthday this Saturday on the day of the summit of the Community of Portuguese Language Countries (CPLP) and João Lourenço took charge of organizing this evening, at the Presidential Palace, a dinner to celebrate his birthday.

“I think it’s an affectionate, sympathetic gesture that touches me a lot on the part of President João Lourenço and that is, above all, a sign of the excellent relationship that exists between us all today”, declared the leader of the Portuguese executive in statements to journalists on the sidelines of the XIII CPLP Summit, in Luanda.

For António Costa, this evening’s dinner, “more than just a personal party, it is a diplomatic gesture of great scope and significance on the intimacy of relations between Portugal and Angola, between the Portuguese and Angolans”.

“It also reflects the way in which the CPLP leaves from here this summit in Luanda for the new Angolan presidency in a new spirit, which is very positive”, considered the prime minister.

In front of the journalists, António Costa said that there was also progress in the level of Luso-Brazilian relations and said that this morning, together with the President of the Republic, Marcelo Rebelo de Sousa, he met with the vice president of Brazil, General Hamilton Mourão .

“At the end of this month, the President of the Republic will participate in the reopening of the Museum of the Portuguese Language in São Paulo – an important milestone for Portuguese-speaking culture, after the tragedy that was the fire in this space. We all collaborated in rebuilding that museum”, he observed.

The leader of the Portuguese executive even affirmed that he believes that what is being called is “a relaunch of relations between Portugal and Brazil, which next year will reach a high point with the celebration of the bicentennial of Brazil’s independence,” he added.