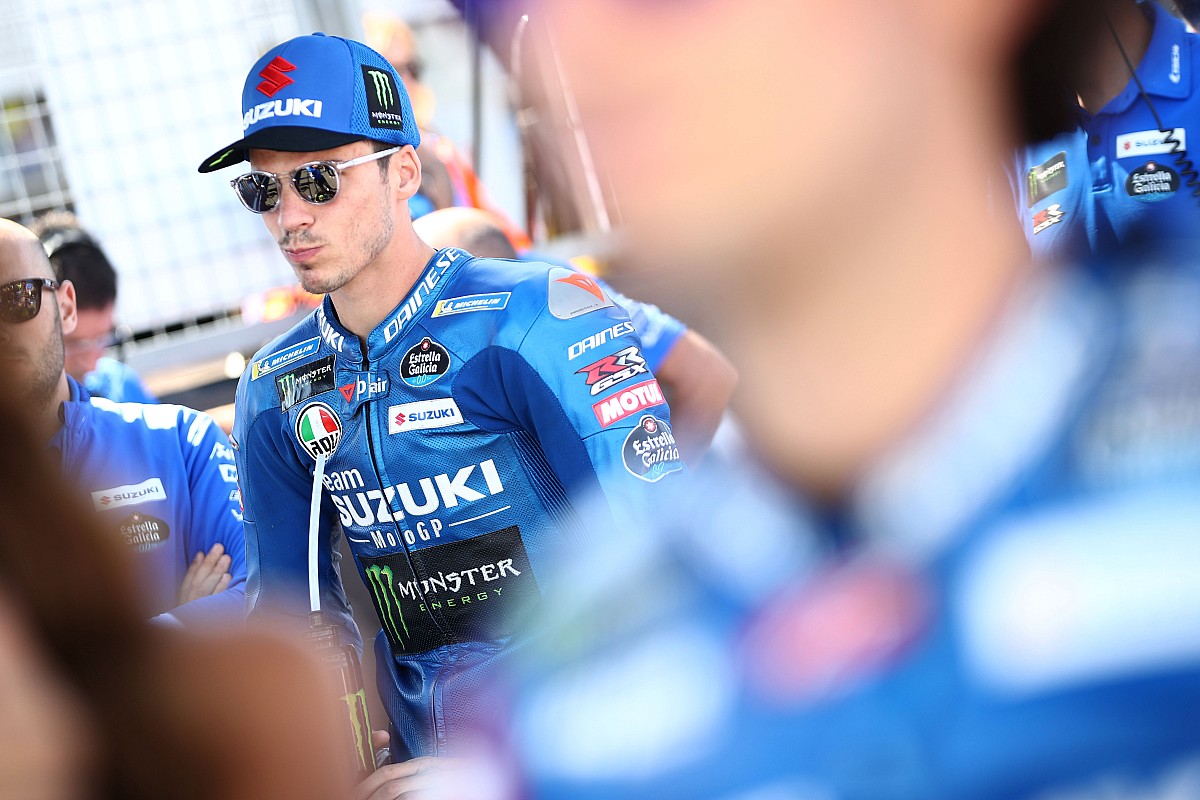 A promising time, the British Grand Prix finally turned disappointing for Suzuki. Álex Rins dropped from first to seventh due to lack of motor skills and on the team’s second machine Joan Mir suffered a crash at high speed in Stowe, thus seeing a potential seventh place fly away. He also blames his misfortunes on gum behavior.

“It was warmer than the previous days and having spent a lot of laps at the back of the group, I may have overheated the front more than I wanted to”justified the 2020 World Champion, who experienced his fifth retirement in eight races. “I think my fall was due to this problem.”

Mir was in the middle of a group of riders, which contributed to his front tire temperature and pressure rising, a recurring problem this year: “The temperature was high so for sure the pressure went up as well and I think the braking stability is much less when the pressure is high. So all of that can contribute to the crash.”

Mir’s run had been promising so far. At the start, the Mallorcan chose not to use the holeshot device, fearing the high speed of the Copse corner, which does not mark heavy braking and does not necessarily allow the bike to come back up automatically, a mishap known by Jack Miller on this layout in 2019. And even though he was locked up and did not consider his takeoff very good, Mir fell from 12th to eighth during the first lap.

“I think the right decision at the start was to go outside but I went inside. It’s always difficult to manage. In any case, I didn’t have a bad start, without the variator at the back. Then I managed to keep my position, to continue overtaking. It was difficult for me to overtake Aleix and Bastianini or Martín [il ne sait plus lequel], I struggled to pass them, but I think we can be satisfied with our performance in the race. We got some good information for the future.”

Joan Mir was indeed able to measure certain strengths of his Suzuki by following other riders but also certain weaknesses of his bike, in particular a lack of grip in certain portions of the track: “I was trying to manage and get some clean air, but it was difficult, especially because I was in the group. My feelings with the bike were good.

“I could see that I was losing in some places; I think we need to improve the grip a bit, because going into the straight that goes from turn 16 to the main straight I was probably losing two or even three tenths, which means that there is room to improve our bike and the grip.”

“We could see good things during this race because I followed a lot of top riders. That’s the important point of this weekend. I didn’t want to end the race with a crash but I gave myself to the maximum. I think I could have gone a bit higher in the following laps because I felt good, but you never know.”