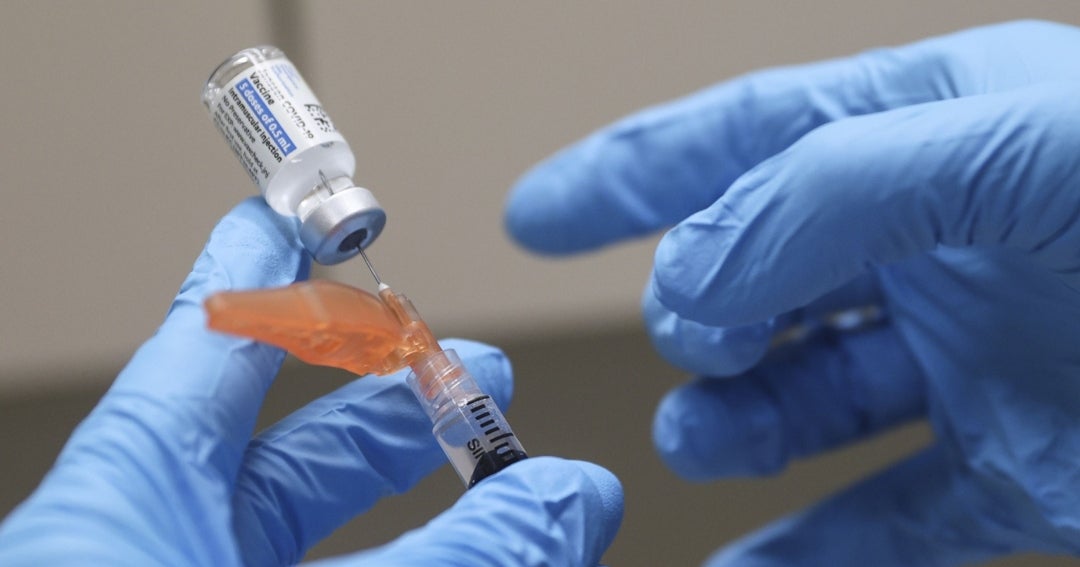 Johnson & Johnson’s Covid-19 vaccine fact sheet was revised to warn of the risk of a rare immune system disorder, adding new headwinds for a vaccine that was expected to be a lynchpin of the US immunization effort.

The Food and Drug Administration (FDA) said in a statement Monday that it was adding the warning after 100 reports of Guillain-Barré syndrome, a rare condition in which the immune system attacks the nerves, among people who received the injection. So far, about 12.8 million Americans have received the one-dose vaccine.

The agency said 95 of the cases required hospitalization and that one person had died. While the available evidence suggests a link between the vaccine and the syndrome, the agency said the data was insufficient to be able to definitively say what caused the disease.

The revised fact sheet says that symptoms started within 42 days of receiving the J&J injection.

According to the Centers for Disease Control and Prevention, the cases were mostly seen in men over the age of 50 about two weeks after they were vaccinated. The CDC said the issue will be discussed at an upcoming vaccine advisory committee meeting.

Between 3,000 and 6,000 people a year develop Guillain-Barré syndrome, according to the FDA, and most make a full recovery. The agency said a higher rate has been seen with certain vaccines, including seasonal flu and shingles.

Cases generally begin within a few days to weeks of a respiratory or gastrointestinal viral infection and can result in mild flare-ups of muscle weakness or more severe forms of paralysis.

Despite the new warning, the CDC said the risk of serious adverse events from covid vaccines remains remote and that it is recommended that everyone over the age of 12 receive a vaccine. The FDA said the benefits of the J&J injection in preventing COVID-19 clearly outweigh the known and potential risks.

Covid infections have increased again in many areas due to the spread of the delta variant. Nearly all virus-related hospitalizations and deaths now occur among the unvaccinated, according to the CDC.

Another setback
J&J said it is in contact with the FDA and other health authorities about the Guillain-Barré cases.

“The possibility of this happening is very low and the reported case rate exceeds the background rate by a small degree,” the company said in a statement.

The development marks another potential setback for the J&J vaccine. Shares of the New Brunswick, NJ-based drugmaker fell 0.2% to $ 169.48 as of 4 p.m. in New York.

In April, US health agencies urged providers to stop giving the injection to test for rare but serious blood clots that occurred among some people who had received it.

After a 10-day review, regulators lifted the pause, suggesting that the likelihood of developing the rare blood clot syndrome, thrombosis with thrombocytopenia, was very low and the benefits of the injection outweighed the risks.

Regulators added information about the minimal risk of clots to the vaccine data sheet, noting that most of the cases had occurred in women ages 18 to 49.

Use of the J&J injection, once expected to be central to the U.S. vaccination campaign, has been hampered by concerns that it is less effective than other vaccines, as well as production problems in a company hired to manufacture them.

The Washington Post previously reported that the US Food and Drug Administration planned to add the Guillain-Barré syndrome warning.

GBS and vaccines
Vaccines, by nature, have an effect on the immune system. Although they are intended to boost the body’s natural defenses, scientists have suggested that it is biologically plausible that immunizations may be associated with Guillain-Barré syndrome.

CDC has long studied the association between the seasonal flu vaccine and the 2009 H1N1 monovalent and Guillain-Barré flu vaccine, although the agency has suggested that the exact risk is difficult to estimate, and that developing the syndrome due to getting the flu itself is even bigger. probable.

The FDA has made drug companies include Guillain-Barré syndrome warnings with other vaccines. In March, for example, US regulators demanded that GlaxoSmithKline Plc. review the prescribing information for your shingles vaccine, Shingrix, after you have determined that there is an association between it and Guillain-Barré.

In J & J’s large, advanced-stage clinical trial, a vaccine recipient and a placebo recipient developed Guillain-Barré syndrome within two weeks of receiving an injection, without establishing a causal association with the vaccine.

Other warnings
Health officials have warned of rare potential side effects with other COVID-19 vaccines. Last month, the FDA added warnings to patient and provider data sheets for messenger RNA injections by Pfizer Inc.-BioNTech SE and Moderna Inc. about a small risk of possible cardiac inflammation.

About 1,200 cases of myocarditis and pericarditis have been reported in people who had received the vaccines, according to the CDC, while about 147 million Americans have been fully vaccinated with them.

The available data does not show a pattern of Guillain-Barré syndrome in mRNA vaccine recipients, the FDA and CDC said.