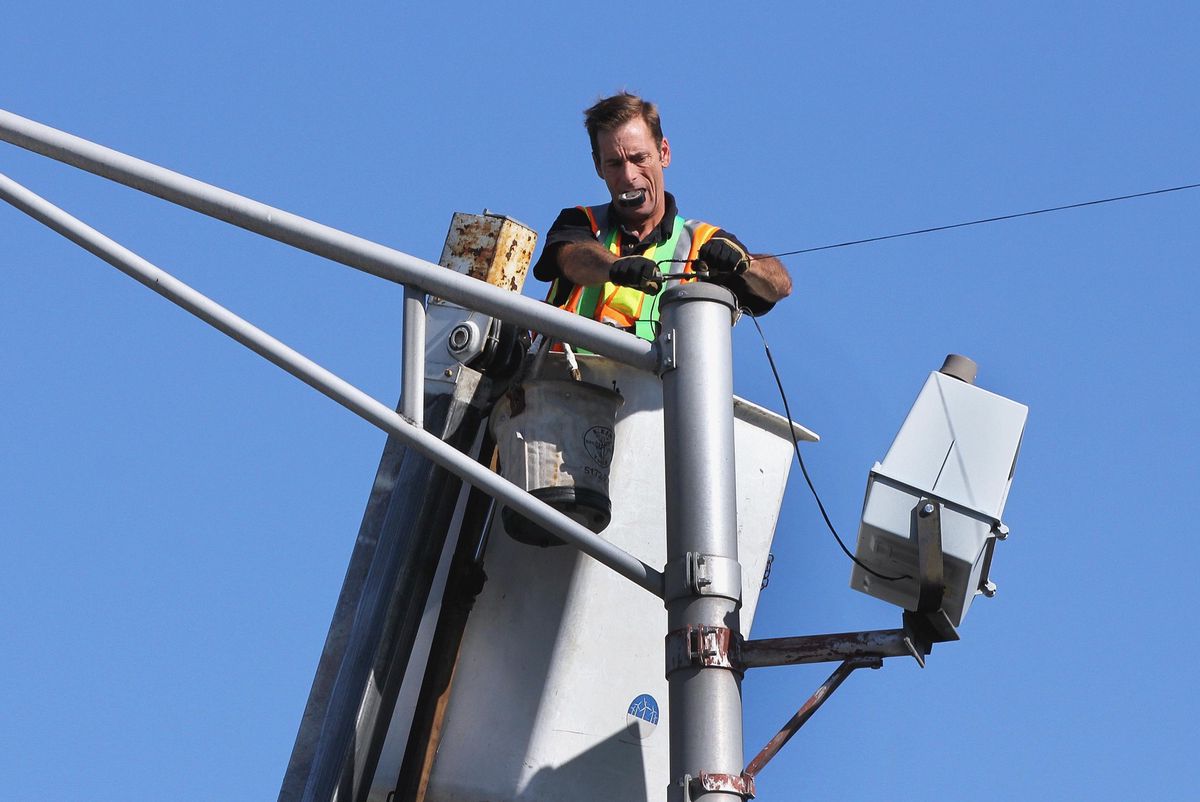 – Why Wiedikon might soon be spanned by a nylon cord

Zurich will soon have what New York and Amsterdam have: a special zone for certain activities that are forbidden under Jewish law.

Orthodox Jews do not work on the holy Sabbath. Other rules also apply. For example, believers are not allowed to carry any objects outside their home or use prams or wheelchairs.

This would be possible in the future within a so-called eruv. A symbolically closed zone is created with a nylon thread, in which orthodox Jews can also move more freely on the Sabbath. What already exists in New York, Amsterdam or Vienna, the Jewish communities now also want in Zurich.

The Eruv will encompass parts of the districts of Wiedikon, Enge and Wollishofen and will be 18 kilometers long. “Ideally, orthodox families could be a little easier and more relaxed on the road,” said Cédric Bollag, the head of the project NZZ.

All of Zurich’s Jewish communities support the project

In the Jewish Zurich community, the idea of ​​erecting an eruv has already been considered several times, writes the Jewish weekly magazine «Tachles». Now Cédric Bollag and his wife Naomi have taken up the idea for Zurich again. Two years ago they contacted the city council. This accompanies the project benevolently, says Bollag. In the coming weeks, architects would work out the plans and submit planning applications.

“The construction of an Eruv is basically feasible in Zurich,” said City Councilor Richard Wolff to “Tachles”. Permissions are required for the construction measures, which would have to be obtained in the usual way. Once the permits are in place, it will take about two months to set up, says project manager Cédric Bollag. All Jewish communities in the city of Zurich are behind the project.

The largest eruv in the world is in Manhattan. It started more than 20 years ago. While the Zurich Eruv is to be 14 square kilometers in size, this covers an area of ​​40 square kilometers. Every Thursday, a rabbi travels the route and notes all the places where the cord has broken and is therefore no longer kosher. The day after he comes back with two craftsmen, so it writes Magazine of the “Süddeutsche Zeitung”. In Zurich, too, apart from the construction, the maintenance of the Eruv would cause the greatest costs. Project manager Cédric Bollag is expecting a budget of CHF 1 to 1.5 million. The Zurich Eruv is to be financed privately.

The Eruv should fit into the cityscape

Jews came up with the idea of ​​an eruv a long time ago, as cities grew and people lived in larger and larger groups. It was determined that a settlement can also be considered a communal living area if it is surrounded by a wall. Less strict rules then apply there. Later, a cord was also recognized as a symbolic border. “The eruv is a typical Talmudic trick,” said the newly elected city parliamentarian Yehuda Spielman (FDP) to the NZZ. The Talmud prescribes rules for the Orthodox, which are not always easy to implement in the present. So sometimes it takes a bit of creativity. “That may seem ridiculous from the outside, as with the nylon threads, for example. But for us it has a deeper meaning.”

If you don’t know what an eruv is, you probably won’t notice it in Zurich in the future either. The nylon thread is stretched at a height of about ten meters. “It should fit neatly into the cityscape,” said project manager Cédric Bollag of the NZZ. In Zurich there is already a small Eruv that many have never heard of. Since the mid-1990s, two threads have been hanging in the air at the synagogue on Freigutstrasse.

Tim Wirth is an editor in the Zurich Life department. He studied communication and has been writing about political and social issues since 2019. In “Züritipp” he is in charge of the music section.

See also  PSP in force against violence at night in Braga