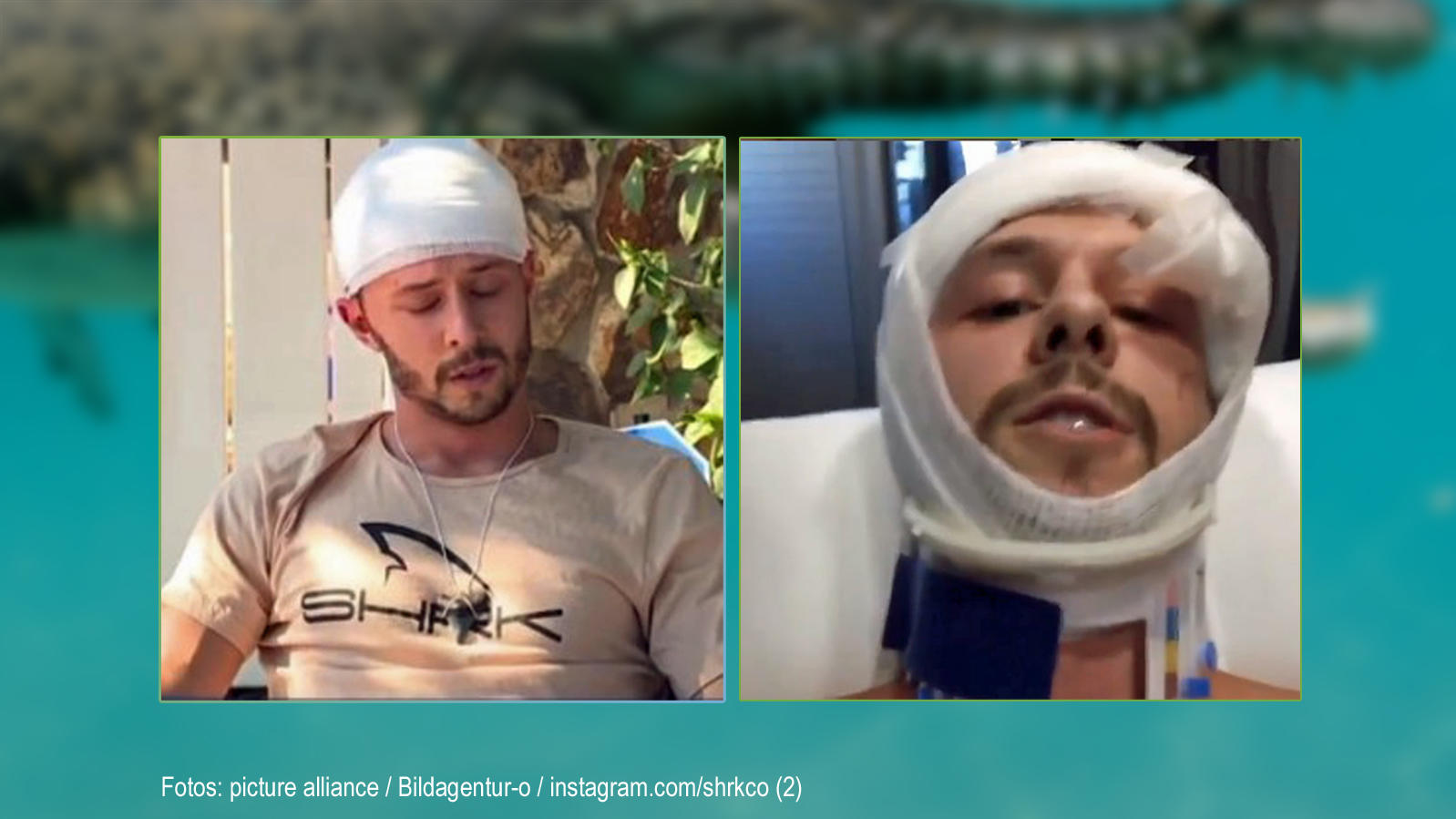 Jeffrey Heim survives fractured skull: “It felt like a propeller”

Jeffrey Heim only dived for shark teeth in a Florida river, but fell victim to the razor-sharp teeth of a large alligator himself. The 25-year-old suffered severe injuries and was lucky to survive the attack of the lizard. His skull fractured and his scalp had to be sewn with 34 stitches. In US media he tells the dramatic story of his encounter with the 2.70 meter long attacker.

The animal pounced on him when he was about to come up from a dive. Maybe he disturbed the animal during the brood. “It felt like a propeller,” he said in a TV interview. “Like a boat that catches you at 80 kilometers an hour.” His head was in the alligator’s mouth, Heim didn’t know what was happening to him.

“You never understand the power of such a wild animal until you suddenly hang in your mouth,” he says. He believes his hand instinctively protected his face. The stab wounds suggested that, he says. He doesn’t know exactly, however, because everything happened too quickly.

“Somebody was paying attention”

He would have tried to stay calm. “I didn’t fidget because that would only have reinforced his prey instincts,” says the diver. He was lucky, the alligator lost interest in him and swam away. Heim slowly waded back ashore, where horrified people noticed him and called for help.

He posted pictures and videos of his story on Instagram. He knows he’s been incredibly lucky. Except for the head injuries, he was unharmed. “I think he hit me at the perfect spot. Someone was paying attention.”