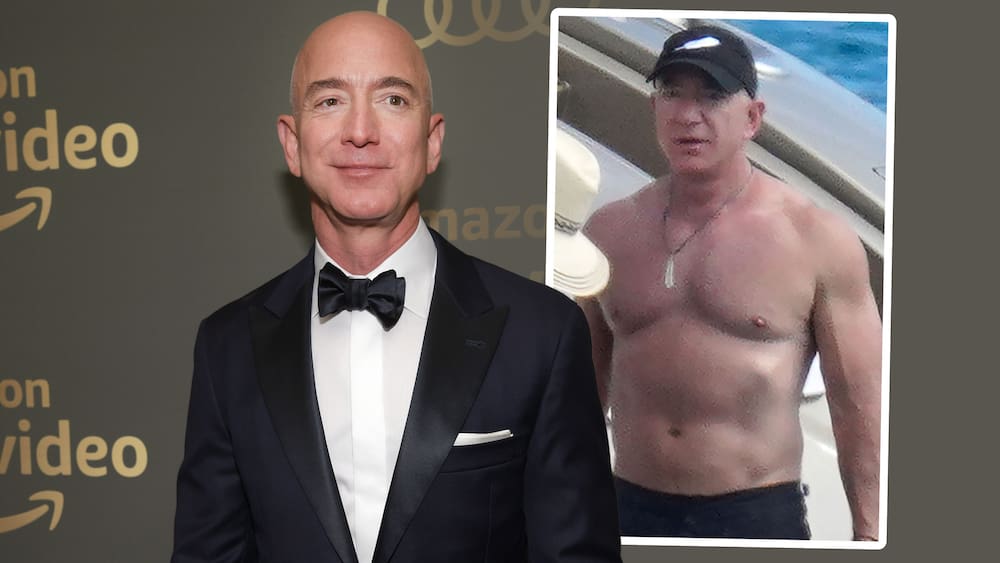 Jeff Bezos: This is how the Amazon founder got his muscle body

You rarely see Jeff Bezos (57) like this! The Amazon founder is best known in chic suits. During his vacation with his girlfriend Lauren Sánchez (52) on the Caribbean island of St. Barts, he likes to leave the top off – and shows his well-trained body.

However, not everyone believes that Bezos obtained this naturally. So it was alleged in the social media that he had resorted to the growth hormone HGH, also called somatropin. He wouldn’t be the only one taking the hormone. “Rocky” star Sylvester Stallone (75) openly admits to having used HGH in the past.

Fit thanks to the star trainer and strict diet

But as an insider now assures «TMZ», there is nothing to the somatropin allegations. Bezos did not use the growth hormone or steroids. His muscle secret is another one. According to the source, Bezos followed a strict diet and exercise program for months. According to “Page Six”, he gets help from star trainer Wesley Okerson.

Bezos’ girlfriend also seems to like the transformation. Because Lauren Sánchez recently posted a picture of the Amazon founder on a paddle board and commented on it: “Good Job Wes!” A few years ago, Jeff Bezos looked a lot slimmer.

He now has enough time for training. Bezos stepped down as Amazon boss in July. He’s still getting richer – whether he’s working or sweating in the gym. Because his company’s share price is constantly rising. As “Bloomberg” reported, his fortune increases by 142,667 dollars per minute. Calculated on an hourly basis, that’s $ 8.5 million. (bsn)