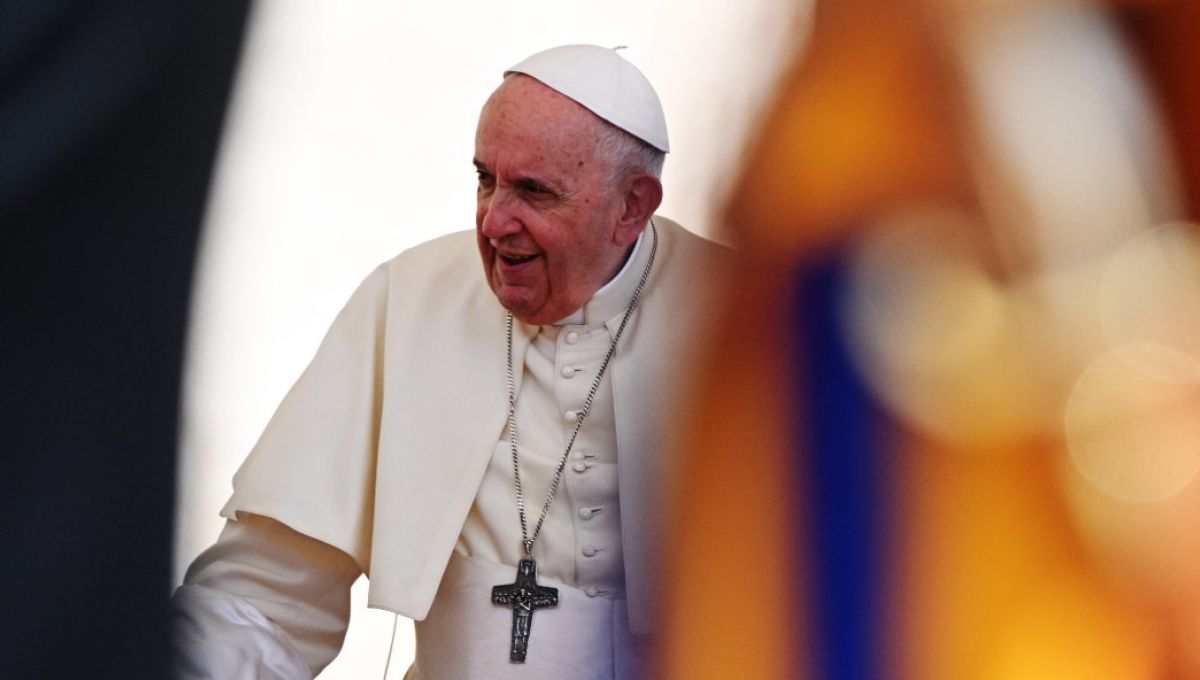 This Sunday, May 29, Pope Francis announced the creation of twenty-one cardinals: sixteen voters under 80 and five non-voters over 80 – this is indeed the age limit for being able to elect. the pope during a conclave. Among them, the archbishop of Marseille, Jean-Marc Aveline, an open figure in the French episcopate, very close to the Argentine pope. Both share the same vision of the Church, the same pastoral practice, the same interest in the fate of migrants.

Born in Sidi Bel Abbès in 1958, Jean-Marc Aveline came to France after the independence of Algeria in 1962. A scientist by training, very influenced by priests working in the districts of Marseilles, he entered the seminary, then was ordained a priest in 1984. A philosopher and theologian, he is also a specialist in ancient languages ​​(Biblical Greek and Hebrew).

Jean-Marc Aveline is an expert in interreligious dialogue, a priest close to French Cardinal Jean-Louis Tauran, former president of the Pontifical Council for Interreligious Dialogue (2007-2018). It was in 2013 that this man, described as simple and warm, became auxiliary bishop to the then archbishop of Marseille, Georges Pontier (2006-2019), who was also elected to the presidency of the Conference of Bishops of France. . Then, to everyone’s surprise, he succeeded him at the head of the Marseille diocese in the heart of the summer of 2019: because in general, a diocese receives its bishop, it does not produce him. But Jean-Marc Aveline is the man for the job, he corresponds in every way to this cosmopolitan diocese.

Jean-Marc Aveline is, moreover, perceived as close to Pope Francis, in particular by the choices he makes. Thus, during the pandemic, he had food parcels distributed to the most disadvantaged affected by the health crisis, convinced that Christian witness passes through charity. Like Pope Francis, he advocates dialogue and sees in the rise of Islamist radicalism the consequences of poverty: “In fact, misery and frustration are like a wick. And demagogues can exploit these miseries. Without a voice, many disadvantaged people run the risk of finding cheap answers in radicalism and populism”he said in an interview with the Italian daily Avvenire in July 2021.

Far from promoting withdrawal into oneself, the Archbishop of Marseille corresponds well to a Christianity of openness, which does not see the foreigner as an enemy. It is also a sign from the pope sent to the Church in France: an Ifop poll, carried out for La Croix after the first round of the presidential election, indicated that four out of ten Catholics had voted for a far-right candidate. However, Jean-Marc Aveline is at the antipodes of these ideas, just like the Jesuit pope, who since his election has denounced sovereignty and populism.

In the summer of 2021, the new cardinal also pleaded with Francis to hold a synod on the Mediterranean. And during a meeting of the mayors and bishops of this region in Florence at the end of February, he recalled, in an interview with Vatican News that “the Black Sea and the Sea of ​​Azov are part of the Mediterranean basin, which ends at Gibraltar; we become aware of it [les] events [ukrainiens]».

Also to Vatican News, Jean-Marc Aveline also gave his vision of Marseille, which he considers a “laboratory”: “It was depicted as the gateway to the East, it is also the gateway to the West.” Few French bishops hold this discourse, fearing the vindictiveness of the Catholic extreme right.

Towards a less vertical Church

Jean-Marc Aveline will therefore be created cardinal on August 27, during a consistory convened by the Jesuit pope. This will undoubtedly be one of the last assemblies with the creation of cardinals convened by Francis. Because the latter suffers from various health problems: operated on for the intestines in July 2021, he can now only move around in a wheelchair due to pain in his right knee caused by a damaged ligament.

While he has been forced to cancel several of his engagements in recent weeks, rumors of an imminent end to his reign are in full swing within the Curia. The Argentine pope, who will celebrate his 86th birthday in December, also now refuses any surgery.

At the next consistory, the cardinals are expected to debate the new apostolic constitution governing the Roman Curia, effective from June 5. It will be a question of establishing a first assessment and undoubtedly of adjusting certain points related to this entry into force. But also to count the support of the pope who, since his election in 2013, has renewed – with this next consistory – two-thirds of the college of cardinals. If this in no way guarantees the election of a Bergoglian at the next conclave, it is a way of putting the odds on the side of the reforms undertaken by Francis, and in particular of guaranteeing the synodality which must be the subject of a synod. in October 2023.

The Latin American pope indeed desires a less vertical and less clerical Church, hence this deliberative assembly which should allow profound changes, after the consultation of Christians which has just been concluded. However, if this eighth consistory with the creation of cardinals still gives pride of place to the bishops located on the periphery of the Church, they have the disadvantage of not knowing each other and of not being aware of the rituals of the Curia. It is therefore necessary for the pope to organize this type of meeting, usual under previous pontificates but extremely rare since 2013, if he does not want the cardinals to follow a “headliner” far from his own thought.

Especially since the Roman Curia has just turned a page with the death of Angelo Sodano, this Saturday, May 27. Former Secretary of State of John Paul II and Benedict XVI, ex-nuncio in Chile, known for his links with the dictatorship of Augusto Pinochet, virulent anti-Communist, Angelo Sodano was the great protector of the founder of the very conservative Legionaries of Christ, Marcial Maciel, a priest who attacked a number of boys and young men, who is also accused of embezzling millions of dollars.

Angelo Sodano was, as dean of the College of Cardinals between 2005 and 2019, a very dark personality in the recent history of the Church, pulling the strings and maneuvering to curb the renovating impulses of the pope despite his retirement from business. He is, moreover, suspected of having led Benedict XVI to resign in 2013.

A successor in line

A change of state of mind has therefore just taken place, when Francis has just begun the home stretch of his pontificate by convening a consistory which will see the creation of cardinals on his line. Among them, the Archbishop of Marseille, Jean-Marc Aveline, because of his open position and his desire for dialogue. He represents the very type of pastor that the pope wants in the dioceses, simple and in conversation with everyone.

With the reform of the Curia, urgently requested by the cardinals in 2013 and which comes into force on June 5, and the synod on synodality scheduled for October 2023, Francis will have fulfilled his mission and could resign, considering his task accomplished. But he also knows that the reforms undertaken will need time and hopes for a successor on his line to continue the path traced since 2013. Hence these sixteen new cardinal electors created.

On the success of the reform of the Curia and that of the next synod depends the election of a Bergoglian at the next conclave, anxious to make fruitful the heritage of Francis, or of a non-Bergolian who will close the Latin parenthesis. American.