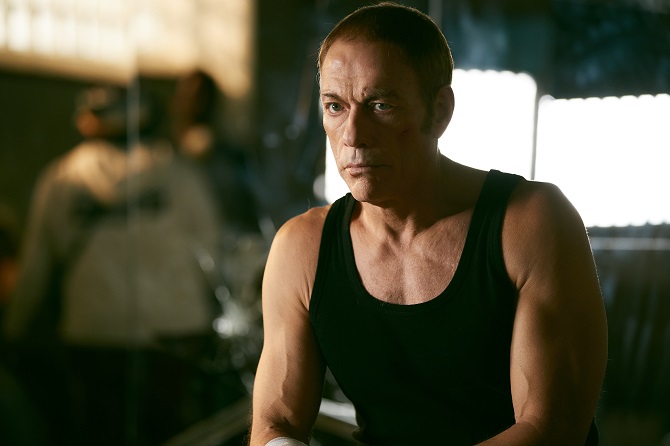 It’s been a long time since Jean-Claude Van Damme he found a livelihood in laughing at himself. Several of the films, series and even commercials that populate his limited recent filmography, resort to self-homage and self-parody to reach their audience. And it is that the star known as the “muscles of Brussels” never finished refloating his career reaching other generations. His audience is the same as the 90s and his modus operandi is to pull off parodic nostalgia.

But after repeating himself ad nauseam and without achieving success, he repeats the tactic in his first film to Netflix, The last mercenary. However, what until recently caused us grace and even a certain nostalgic tenderness, today begins to border on the ridiculous.

How to forget the testosterone rivalry that moviegoers lived between the 80s and 90s. While Sylvester Stallone and Arnold Schwarzenegger marked the duel in action films, behind them was a secondary trail focused on martial arts that starred Jean-Claude Van Damme, Steven Seagal, Jackie Chan and Wesley Snipes. The phenomenon caused the first two to move mountains with their successes, becoming VHS phenomena and topics of conversation among viewers.

Jean-Claude made his mark with his revenge-focused action dramas sweetened with heart, and with a more elastic and fluid style in his fighting sequences, marking a sensible and effective difference with his rivals in the genre. Never Back Down, Never Surrender, Kickboxer, Lionheart: The Fighter O Universal Soldier were some of the titles turned into instant classics. However, the 60-year-old actor never knew how to renew himself like other of his rivals and found a way to stay in the spotlight in 2008 when he starred JCVD, a magnificent Belgian dramatic comedy where he dropped the mask of fame and played himself coming home from the fall of the stars. In that film, he mocked his legacy as an action hero and made a sublime confession on camera about excesses and internal disappointment.

However, the film failed to cross borders or transform its legacy as expected. But it served to mark a before and after, discovering that by focusing on his most recognized characteristics as an actor he could keep his nostalgic audience interested. And yes, it was funny for a while. For example, when he resorted to the elasticity of his legs between trucks for a Volvo commercial, or became a comic action hero – parodying himself again – in the canceled Amazon series, Jean-Claude Van-Johnson (2016).

But judging by the trailer of his movie for Netflix, at 60 he is back to the same thing. It is as if there is no longer any worthwhile renovation and his current career is summed up in merely staying in the spotlight, without innovating or surprising.

In the trailer of The last mercenary we see him spread his legs wide (again), dancing again paying homage to his own viral meme from Kickboxer. And once again he plays a character that borders on parodic, with ridiculous costumes and action sequences that make him the laughingstock of the genre.

Who would have told us in the 90s that Jean-Claude Van Damme, that muscular hero with impossible kicks, would end up becoming a parody of himself? Unfortunately, and although it pains me to say so after being one of his loyal followers in the video stores of the 90s, Jean-Claude is starting to get boring and his parodic tactics are taking its toll.

It is true that the actor had no choice but to take this path. He managed to reach the top after arriving in Hollywood at 22 years old and 2,500 euros in his pocket, subsisting as a pizza delivery man, aerobics instructor, carpet cleaner or limousine driver. You used your first major salary for Bloody contact to travel himself to Malaysia and Paris to promote the film. His goal was success and he got it. He became an action hero and a sex symbol at the same time, however addictions, excesses and his ambition led him to a nosedive. He suffered from vigorexia (an obsession with fitness) and went so far as to demand 50 million from Columbia for a three-movie deal when they had offered him 30, and only because he wanted to match the highest paid actor of the moment, Jim Carrey. But they put him on a blacklist and that’s when his career ended, as he admitted to The Guardian.

At that time, she spent 8,500 euros a day on cocaine, while living an opulent life with rents of 10,000 euros a month and her marriage to Darcy LaPier was falling apart. He was diagnosed with bipolar disorder and his career was buried (Biography).

And so, instead of renewing himself, he found a way of salvation by laughing at himself as a method of squeezing the nostalgic streak of his audience. But, unfortunately, not everything goes to remain valid and Jean-Claude seems to have forgotten that the effectiveness of nostalgia is not eternal. That there is a fine line between parody and ridicule. And he has long since crossed it.