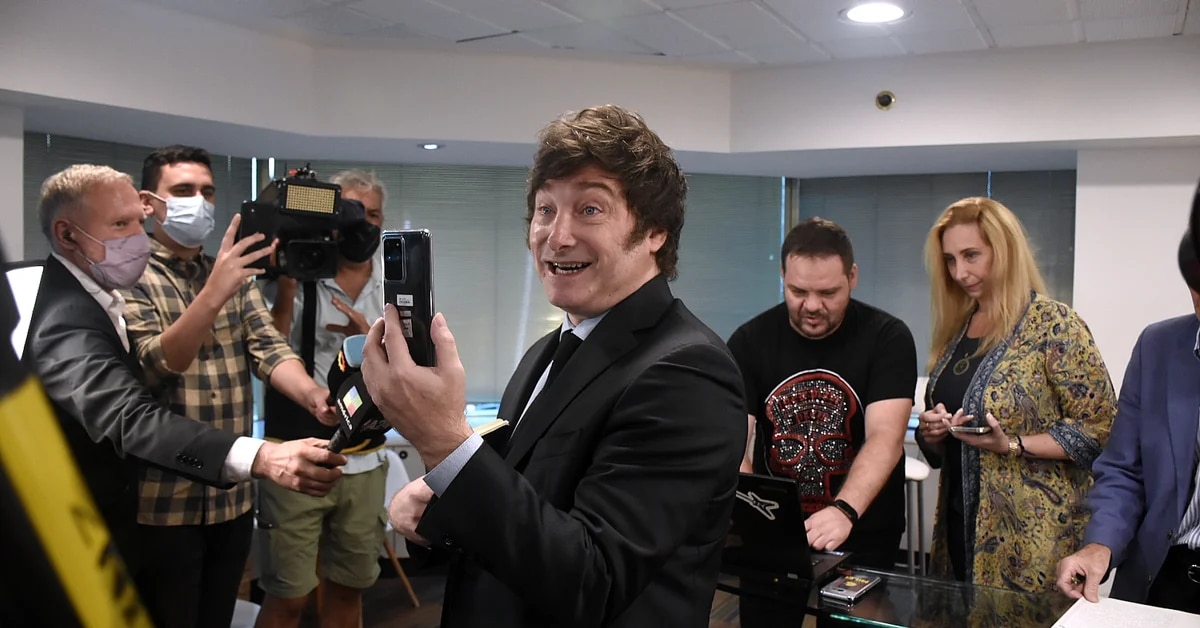 Milei raffled his fifth salary since he is a national deputy

The Libertarian Deputy Javier Milei He raffled his salary for the month of April on Tuesday. She did it through her official Instagram account, and the winner of the 366 thousand pesos It turned out to be a woman from the city of La Plata.

Like every month since he took office as Deputy of the Nation, Milei returned to raffle his diet. More than 2,500,000 people signed up hoping to be winners of the fifth salary.

The draw was held yesterday at 8:00 p.m. The winner is called Ivana Garcia-Morenoa woman who lives in the Buenos Aires capital. “Transfer successful! Congratulations Ivana”was reported on the Instagram account of freedom advances along with the screenshot image of the deposit of the $306.506,26. “Silver returns to its original creators”, they celebrated from the libertarian space. The economist shared the posts on his own social network.

It is the fifth time that Milei raffles her diet as a deputy. The previous winner was Yanina Gómez, an entrepreneur from the province of Buenos Aires, who said that she was going to use the 357 thousand pesos won to fix a printer that she needs to work. “When they called me for the first time I hung up, until I heard Milei’s voice and I believed her. I couldn’t believe it, I’m very happy”, she said at that time, Yanina, about her feelings when she won the draw. The 43-year-old woman is the mother of a 10-year-old daughter and she has a sublimation business, but since November her printer was broken, so the money was going to be used to repair it. “It’s very good for me to continue working,” she said.

The parliamentary diet draw is done every month under the same modality, being broadcast live on each occasion. Individuals born in Argentina and over 18 years of age can register for the contest. To do so, they must register on the page https://mipalabra.javiermilei.com.

From La Libertad Avanza they communicated the bases and conditions of the draw, with the aim of clearly informing the operation of the initiative and its transparency. Whoever gets the diet of the month will be automatically removed from the database. If you want to be part of the draw again, you must register the following month.

The person who wishes to register must complete it with their personal data, full name, date of birth, ID, email, a cell phone number and a contact email.

From the libertarian space they point out that once the raffle is over, the data of all those entered “will continue to be stored in the database, with the sole purpose that all those registered continue to participate in the next raffles unless expressly requested otherwise by sending an email to [email protected]”.

“All personal data will be treated strictly confidential and will not be shared or transferred to third parties except for processing by computer means for the purposes of the draw”, they clarify.

The program that Milei uses chooses the winner randomly among all the contestants. The data is then verified by a notary public in the presence of witnesses. The winner will have 10 calendar days to prove her identity for her reception. After the deadline, the draw will be held again. In La Libertad Avanza they emphasize that anyone can participate “regardless of ideology, or the province in which they live.”

Milton Friedman against Milei?: why a university affirms that the famous Nobel Prize winner would be against the ideas of the libertarian deputy
Javier Milei’s video to Cristina Kirchner: “I would suggest you change the economists next to you”