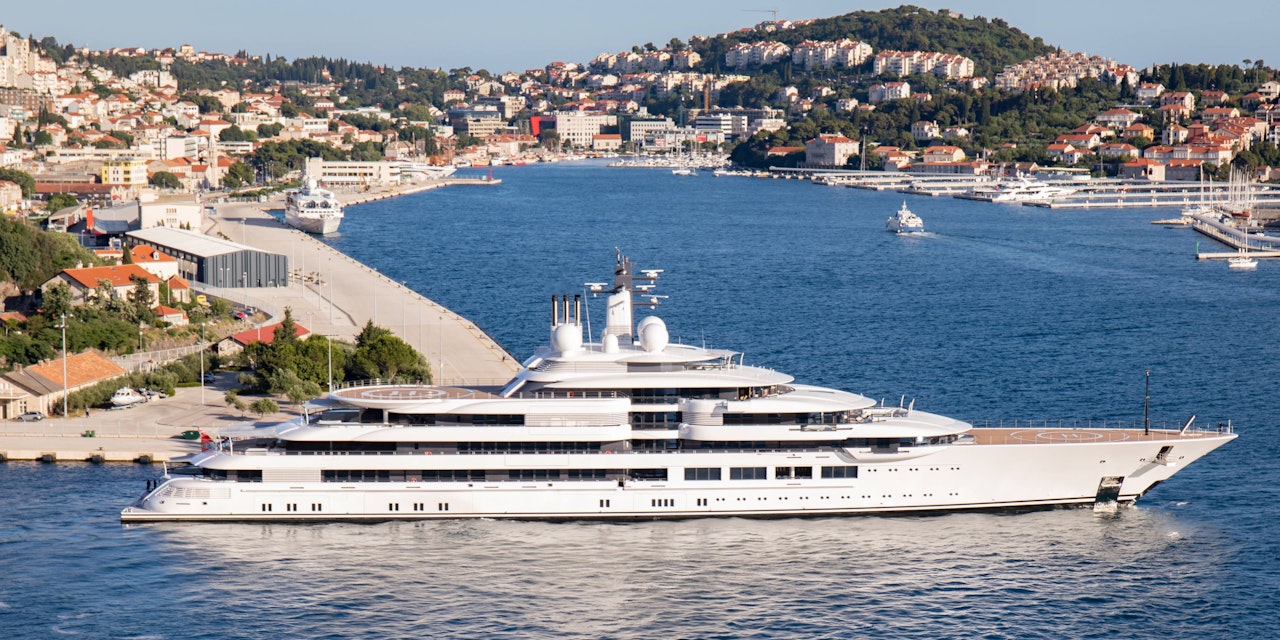 The EU has blocked dozens of super yachts owned by Russian businessmen. Now experts are sounding the alarm.

The world is hitting Russia with sanctions for the war of aggression against Ukraine. Oligarchs close to Russian President Vladimir Putin are also affected. Among other things, the EU has confiscated a number of super yachts belonging to the very wealthy businessmen.

These ships are currently based in German, Italian, French or British ports. How the yachts will continue is unclear. The fact is: the ships have to be serviced regularly. If this does not happen, there is a risk to the environment, as “Business Insider” writes.

Experts are therefore sounding the alarm. An unmanned ship could wither within a few weeks and threaten the local marine ecosystem. “As the ship disintegrates, pollutants are released into the marine environment,” says Anna Barford of environmental organization Stand.Earth in the report.

One of the problems is corrosion, i.e. the decomposition of the metal hull by the salty seawater. According to Barford, this could contaminate the water and cause plant and other marine life to die off. In other words, if the fuselage is not maintained, it disintegrates.

“Salt water is very aggressive and causes metal to rust faster,” confirms Cornelius Kistler, founder and CEO of Breezeyachting.swiss, on request. However, he emphasizes the temporal aspect: It takes several decades for environmentally harmful substances to get into the water.

However, a yacht loses value quickly if it is not used. “The ships are built to be used. The machines have to run regularly, otherwise they won’t work properly,” says Kistler.

Laying yachts on a dry dock is also not a solution. If the ships are not stored correctly, one-sided loads can occur. “As a result, the yachts also break down,” says Kistler.

Another risk to the environment is sewage, Business Insider writes. If the toilets, kitchen or shower are used, this water runs directly into the sea in the port area. This endangers the fish, can spread diseases or make the sea water acidic.

In principle, these ships are already a burden on the environment. “Even normal operation has a negative impact on marine life,” says environmentalist Anna Barford. With a more or less unattended ship, it only gets worse.