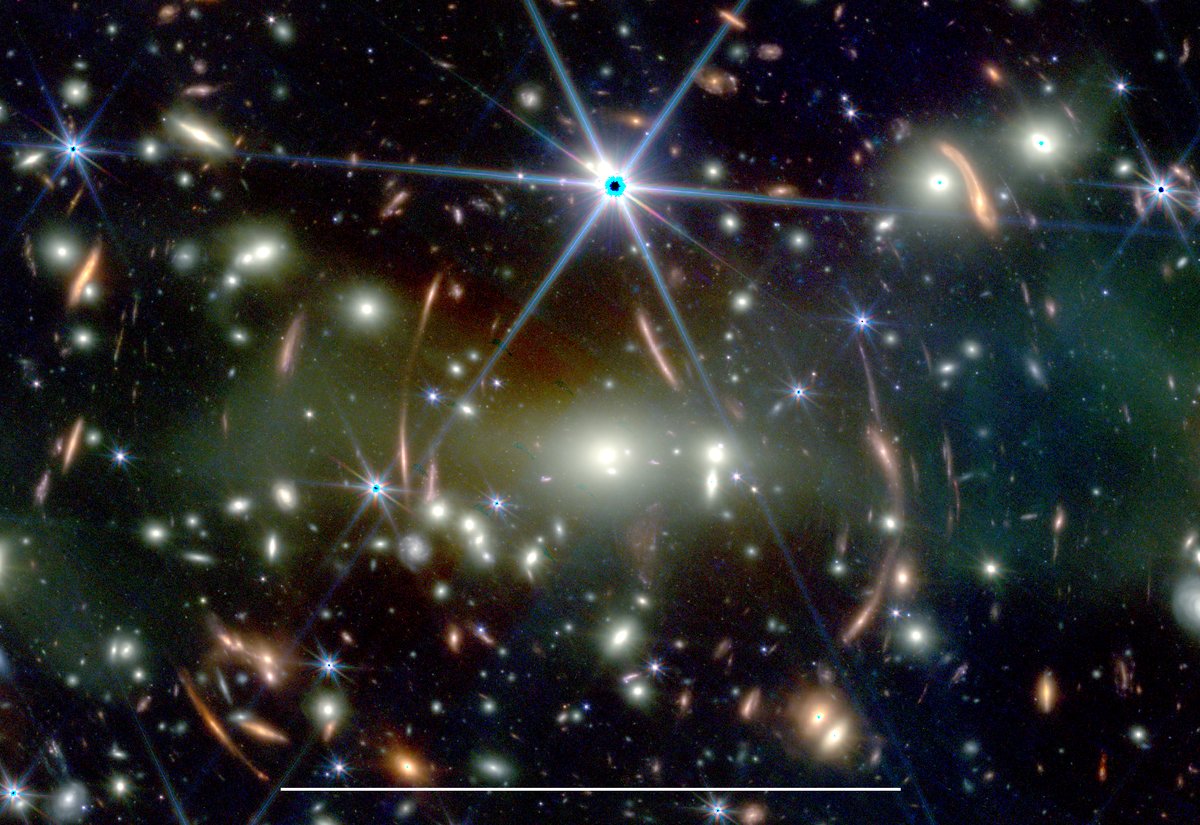 Thanks to the first scientific image released this month by the James Webb Space Telescope (JWST), an international team led by the Max Planck Institute for Astrophysics (MPA) has produced an improved model for the mass distribution of galaxy cluster SMACS J0723.3 create −7327. As a gravitational lens, this galaxy cluster multiplies and magnifies images of background galaxies. A family of such multiple images belongs to a galaxy that the new model estimates to be 13 billion light-years away. If confirmed, it underscores the importance of accurate gravitational lensing models for identifying distant galaxies and studying them in detail.

“In this first step, we used the data from this brand new telescope to model the lensing effect of SMACS0723 with great accuracy,” says Gabriel Bartosch Caminha, Postdoc Fellow at the Max Planck Institute for Astrophysics (MPA), the Technical University of Munich and the German Center for Cosmological Lensing (GCCL). The researchers first used data from the Hubble Space Telescope (HST) and the Multi Unit Spectroscopic Explorer (MUSE) to create a ‘pre-JWST’ lens model, and then refined it with the newly available JWST near-infrared imaging. “The JWST recordings are absolutely amazing and beautiful. They show many more multiple images from background sources, which allowed us to significantly refine our mass model for gravitational lensing,” Caminha said.

There are still no distance estimates for the newly discovered lensed objects. The scientists used their new mass distribution model to estimate the distance of these lensing galaxies. An object appears to be at the astonishing distance of 13 billion light-years (redshift > 7.5), meaning its light was emitted in the early stages of our Universe. Three multiple images were formed of this galaxy and its brightness increased by a total of about 20 times.

In this image, the multiple images of the background images are numbered. Already known systems are marked in cyan, new multiple systems in green. The enlarged images show a distant galaxy with structural features (green arrows).

In this image, the multiple images of the background images are numbered. Already known systems are marked in cyan, new multiple systems in green. The enlarged images show a distant galaxy with structural features (green arrows).

However, in order to study such distant objects, it is essential to accurately describe the lensing effect of the galaxy cluster in the foreground. “Our precise mass model forms the basis for the exploration of the JWST data,” emphasizes Sherry Suyu, research group leader at the MPA and the Cluster of Excellence Origins, associate professor at the Technical University of Munich and guest scientist at the Institute for Astronomy and Academia Sinica Astrophysics. “The spectacular JWST images show a wide variety of heavily lensed galaxies, which can now be studied in detail thanks to our accurate model,” she explains.

The new model for the mass distribution of the foreground cluster can reproduce the positions of all multiple images with high accuracy, making it one of the best mass models available. For follow-up study of these sources, the lens models, including magnification maps and redshifts (i.e., distances) estimated from the model, are made publicly available. “We are very excited about this,” adds Suyu, “and we eagerly await future JWST observations of other strong lensing galaxy clusters.” investigate.