Bad news for Jackson Martínez and Marlos Moreno in Portugal. The Colombians, despite winning on the last date of the Portuguese championship 2-0 against Despotivo Aves with goals from Willyan Rocha and Dener Gómez, they could not avoid Portimonense’s descent to the Portuguese second division.

Those led by António Folha, needed the victory and expected a defeat or draw by Vitória Setubal against Belenenses, they managed to fulfill their task but the result they needed in the other match was not given, since Setubal managed to defeat his rival 2-0 to guarantee the permanence in the first division.

In the standings that left Porto as champion with 82 points, the table of the national soccer players finished in the penultimate location with 33 units, one below the Vitória. The other team that lost the category after being in last place in the League, was Desportivo Aves with 17 points.

Throughout the 2019/2020 season, Jackson Martínez, who a few months ago had questioned his continuity as a footballer, played a total of 25 games between the League and the local Cup, accumulating a total of 1,714 minutes in which he managed to score two goals. 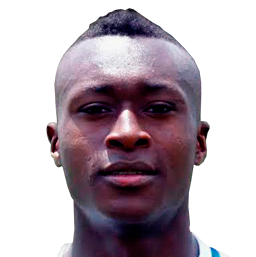 For his part, the Antioquia Marlos Moreno whose pass belongs to Manchester City, managed to play 19 matches for all competitions, but he racked up just 590 minutes for 16% of the season’s total minutes. He was unable to score in the season.