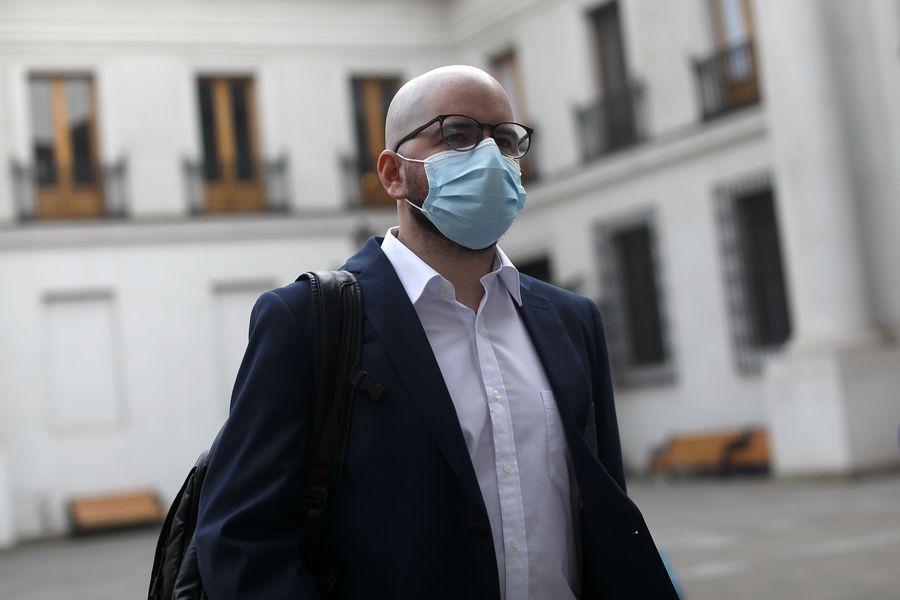 Jackson after Karina Oliva’s statements: “All the spending we have paid since Gabriel Boric’s campaign was authorized, totally intact”

the minister Secretary General of the Presidency (Segpres), Giorgio Jacksonapproached this Wednesday from the Congress the sayings of the former candidate for governor for the RM of the Broad Front, Karina Oliva, regarding the financing of Gabriel Boric’s campaigns.

Last night, in an interview with Mega, the former Comunes militant addressed for the first time the accusations against her for the alleged irregularities in her campaign expenses. In that sense, Oliva referred to the document that she sent to the Supreme Court of the party where she accused the deputy Camila Rojas of having asked him to include in his accounting of the elections for the second round of governor, invoices that did not correspond to his campaign but -according to what he said in the letter- to “that of a candidate for the primaries of July 18 of the year 2021″.

The former candidate for the governorship of the RM responded about the “donations” to other candidates that were rejected by Servel and accused her generalissima, Carolina García, of approving services by a company belonging to the accused in the SQM case without her consent. She also indicated that García was the one who coordinated with the other commandos.

When Oliva was consulted on whether he was referring to the then candidate and today President, Gabriel Boric, he assured that “In the second round, my campaign manager was Carolina García, who was the general secretary of the party, she managed the relationship with all the commandos, I mean with the presidential command of the then candidate of the Broad Front, and I was not wearing them, I was deployed 24/7″.

“The one who has to answer for those sayings, because she was responsible for the dialogue with the command, with the campaign manager of the presidential candidate who is the current minister Giorgio Jackson, is Carolina García,” he added.

In this regard, Jackson assured on Tuesday that most of the accounts rendered before the Servel had already been approved and those that were missing were one step away from being endorsed by the agency.

“Absolutely all the invoices, all the rendering of accounts that we have for both the primary, the first round and the second round of Gabriel Boric’s candidacy have either already been reviewed by Servel and approved or are in the final process of being approved. ”, indicated the head of the Segpres.

The former campaign manager – after being pointed out by the former candidate for metropolitan governor when she was consulted in an interview in Mega about the allegations of irregularities in expenses before the Servel – warned that she will initiate legal action if Oliva or her circle “continue to spread false accusations and insulting”.

And he assured that “any additional background information we are happy to provide so that these investigations can conclude. We do not have any new history that has changed such approvals for our account. So we don’t have much more to add.”

Regarding his role as campaign manager, Jackson assured that “the coordination with the heads of the political parties was made with all the parties to coordinate all the candidacies that were at the national level.”

and reiterated that “Regarding the rendering of expenses, there has been no observation from the competent authority. That is to say, that all the spending that we have paid since Gabriel Boric’s campaign was authorized, totally intact “.

Meanwhile, the Secretary of State also addressed Oliva’s statements about his estrangement from Boric after learning of the accusations against him and the questioned police raid on the Comunes headquarters days before the parliamentary elections.

“That was a complex moment before the elections were held and later, with the same force, Gabriel Boric, the President at that time, a candidate, also strongly rejected how he occupied prime time with the police to carry out a raid that It was clearly disproportionate in terms of the use of force because there was no one inside. And a contingent arrived as if there were almost explosive devices inside and they managed to remove a computer and a folder with luck. Therefore, of course, from the command we are going to want all the points to be clarified”Jackson criticized.