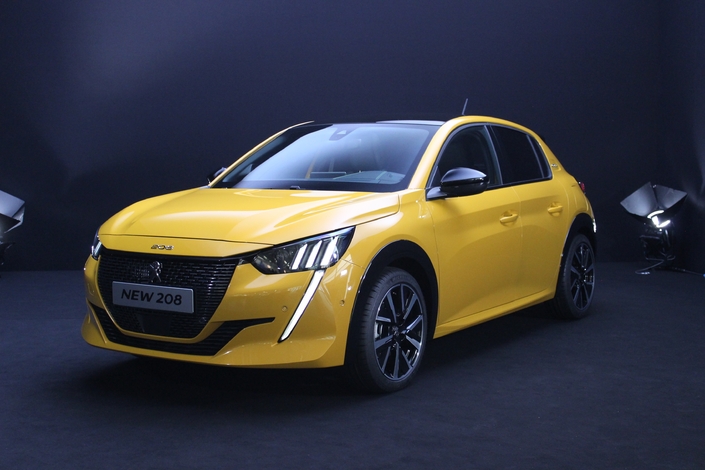 Light subject to start the day on this Tuesday, June 21, the first day of summer. We are going to talk about colors. Those of our cars. And not those that make up the majority of the park, no. No gray, no black, no white on the program of this article. Yet these are the “colors” that we see most often affixed to the bodywork of our cars. Indeed, in Europe 72% of cars feature these three colors, according to Axalta, an American company specializing in automotive paints, which carried out a global study.

But precisely, Carnext, a European platform specializing in the sale of used vehicles, wanted to conduct a study on those who have decided to get out of this ambient conformism. To know their motives.

And of these, one in two considered the choice of color to be “important”. It is even more important for men (54%). And it is, for example, more important for drivers from Île-de-France (64%) than for those from Centre-Val-de-Loire (only 36%).

Buyers most often choose their “favorite” color, or that of their spouse

See also  The President of Telecom Egypt reveals the reasons for increasing the speed of the Internet in Egypt.. Video

Another motivation, 13% of respondents chose a shade “to stand out”, and 7% because “the color was cheaper than another, more traditional one”. It is true that for example, “Faro yellow” is a free color on the Peugeot 208 (the one in the illustration photo).

For 7% of respondents, the choice was inspired by the mythical Ferrari red, the blue of the Nissan Skyline GT-R from the various “Fast and Furious” films, or the inimitable yellow of New York taxis.

Other reasons for choosing the color, for 41% of respondents, it is to have a more elegant car. Next comes a desire for differentiation (for 22% of the panel), then, very close, the freedom to choose what one wants (21%).

14% of respondents consider that the color of their car is an asset of seduction, nothing less than that. But it’s true that a beautiful pearly red “Soul Red” from Mazda makes you want to get into the car more than an anthracite gray or a black one.

A choice made by many

The choice of color is fully assumed by 47% of those surveyed, who do not care at all about the judgment of others, a percentage that rises to 88% for those over 65 years old. Wisdom obviously comes with age, what a surprise!

Stan Deveaux, Managing Director of CarNext France commented on the investigation: “Through this study, we wanted to understand what color implied for these French people who made the choice not to give in to the traditional “white, black, grey”. It appears that color allows them to affirm a very personal component: a personality trait, a memory, a film, etc.“

In addition, it appears, still according to Stan Deveaux, and against the tide of a widespread idea, that colored cars sell faster than those in more classic colors.

Good to know, for those who would hesitate to take the plunge!