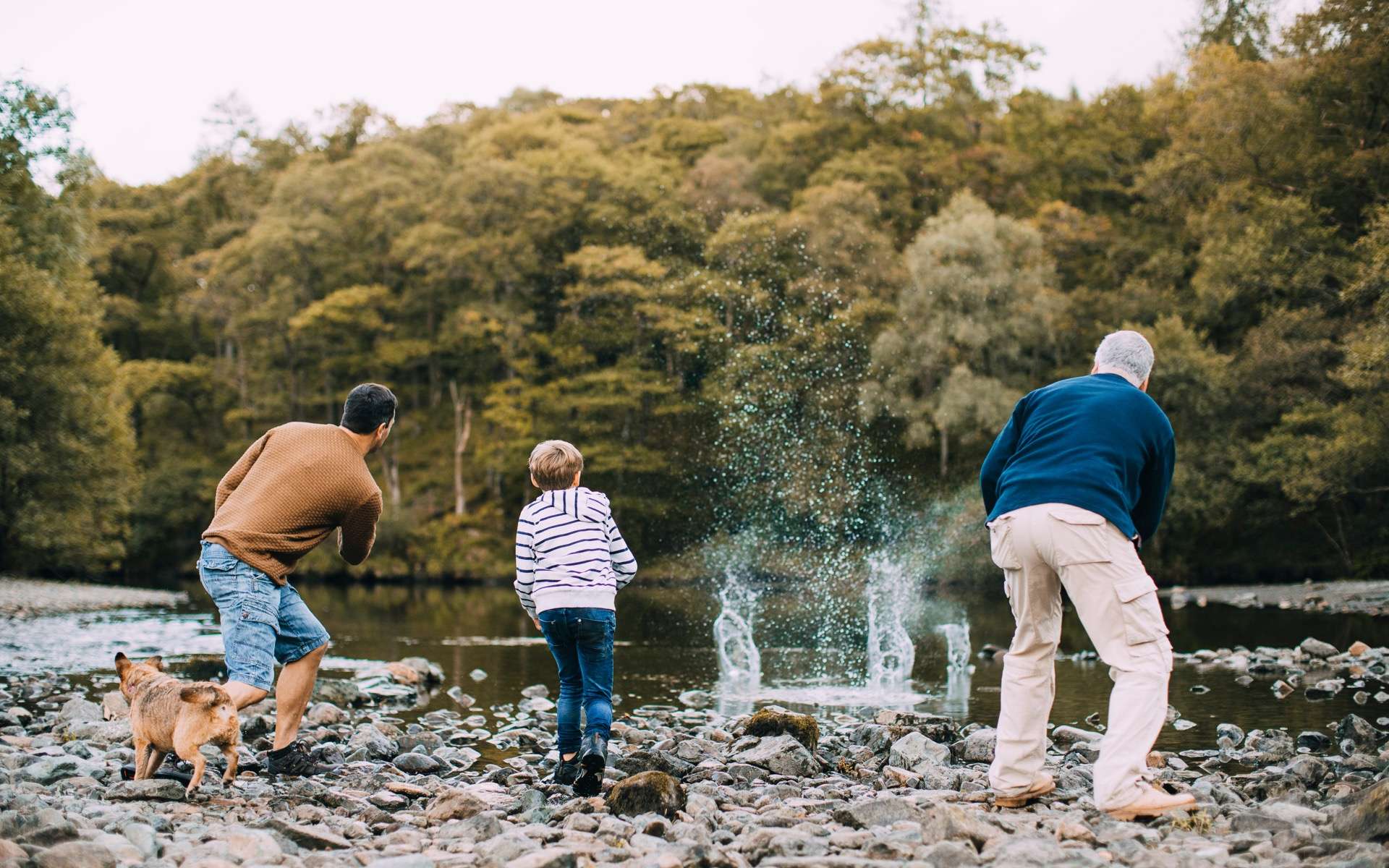 It's possible to make ricochets on the water with large stones in the shape of a potato!

For ricochet aficionados, it’s a collapsing world: a study reveals that flat rocks aren’t the best for making ricochets that bounce as far as the eye can see. It’s time for revenge for the heavy potato-shaped pebbles whose secret lies in their curved face.

Are you bad at ricochets? Skip the usual thin, flat stones and try larger, curved ones that bounce higher, suggests a study published Wednesday in the scientific journal Proceedings A from Royal Society British.

For centuries, ricochet enthusiasts have known that the selection of stones is crucial to the success of the feat: the flatter and thinner the objects, the higher the number of bounces is likely to be. Nevertheless, ” we can get exciting new dynamics with the stones that we are used to rejecting », assures the mathematician Ryan Palmer of the British University of Bristol.

Larger and more curved pebbles thus give something “ completely different but equally spectacular, with huge jumps on the surface of the water “, he describes to AFP. His research uses a mathematical model based on physics, with equations that are centuries old.

A “super elastic response” with a rounder shape

Initially, scientists focused on the more serious subject of aircraft icing, analyzing how ice crystals break away from the layer of liquid formed on their wings. Their observations revealed the same kind of interaction as standing at the edge of a lake and trying to bounce a stone off its surface », Explains the mathematician.

It turned out that a heavier stone gave a ” super-elastic response » producing a « almighty leap » : when the projectile hits the water, the horizontal speed is transformed into vertical speed. So the heavier it is, the stronger the interaction, he describes. Curvature is another key factor because it allows heavier rocks to skim the water.

For those who want to try it, the technique remains the same: the throw must be parallel to the surface. Ryan Palmer has admitted that he is not himself an ace at ricochet, even if he gladly indulges in this hobby when the opportunity arises.

He jokingly promises to try his luck. especially if the stone looks like a potato even though this shape is too round for maximum bounce.