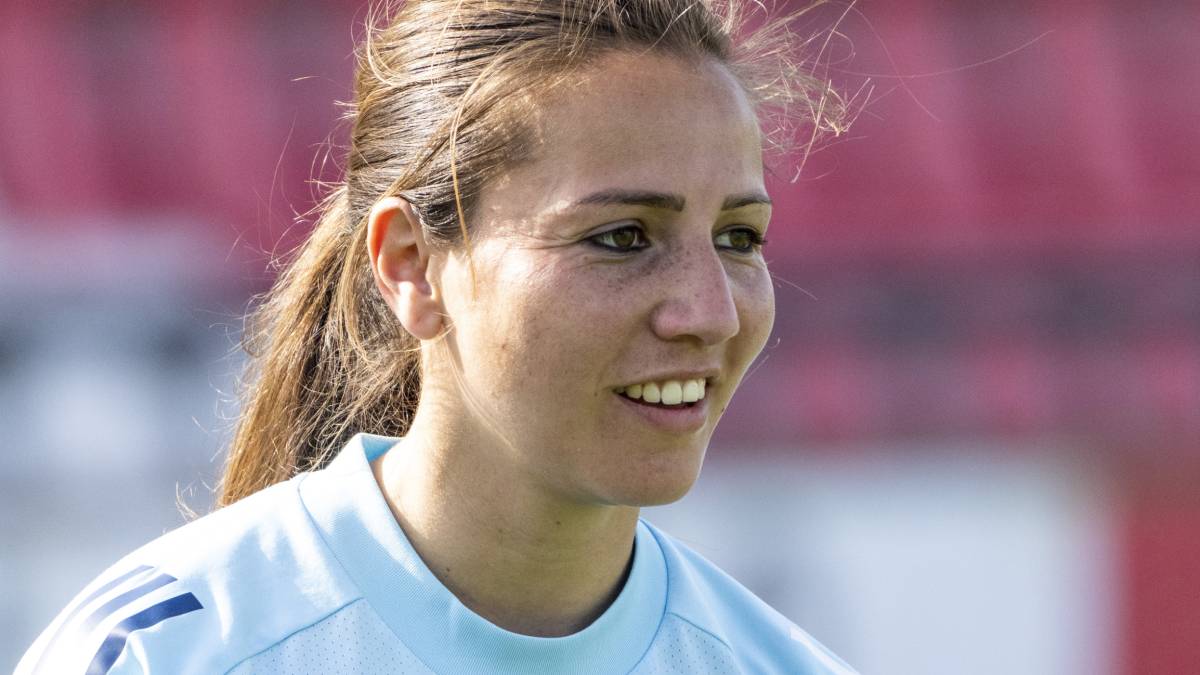 ‘It’s not possible to give up’

“Proud of myself.” With those words begins the message Vanity Lewerissa posted on Instagram on July 22. The eleven-time Orange international had just been told that she is cancer-free after six months of intensive treatments.

“I walked the path you would rather not walk in your life with a lot of setbacks, tears, struggles, courage and support from my parents, brothers, friends and family. I was told today that everything is gone. !” wrote Lewerissa.

The 31-year-old Lewerissa was part of the selection of the Dutch national team, which won the European Championship exactly five years ago. After periods at PSV and Ajax, she has been playing for Standard Liège in Belgium since the summer of 2021.

She was diagnosed with breast cancer at the beginning of this year. One morning in bed, on a random Saturday morning in January, she had felt a lump in her breast. “Then things immediately start to get into your head,” says Lewerissa.

A scan at the hospital three days later brought relief at first. “They told me it looked good. It looked like a benign thing. With that feeling I went back a week later for the final result.”

Lewerissa: “Then the doctor said: You felt a lump in your right breast, that’s not good. So I asked: Is it not good? To which she said: No, you have breast cancer. From that moment on I have been sitting for half an hour to cry.”

After it was announced that she was suffering from breast cancer, a wave of support from the football world followed. Current and former teammates sent messages, cards and flowers and Orange national coach Mark Parsons also made himself heard.

“I thought that was very nice, because I have never played under him,” says Lewerissa, who played her last international match in 2017. “He wished me the best of luck and said I would win this fight.”

See also  Neymar, signaled to arrive 'to the limit of drunk' to the trainings

The players of Standard Luik and Zulte Waregem support Lewerissa:

The latter has indeed happened, after a long and difficult process with many setbacks. “I struggled for a long time to get all the cures, because I turned out to be allergic to them. From skin allergy to going very bad. I am also out gone. But it’s about your life, so don’t give up.”

Lewerissa chose to be upfront about her illness and its treatments. “Fortunately, I was there early, my tumor was still quite small. The earlier you are there, the better the chances are. Then I would like to say: check yourself and rather go to the doctor ten times for nothing than once too late .”

Precisely on the day of the diagnosis, Lewerissa would start her trainer course. It has not happened so far, but in the future anything is possible again. A return as a football star is also possible, although that requires a big step.

Lewerissa: “I’ve had a mastectomy and a reconstruction of my own abdominal fat tissue. So the scar on my stomach is almost all the way from left to right. I have to be careful with that. There is not much more than walking at the moment, but I hope to be back on the field soon.”

Lewerissa told in the broadcast of Langs de Lijn En Omstreken about the moment when she was diagnosed with breast cancer. Listen it here: