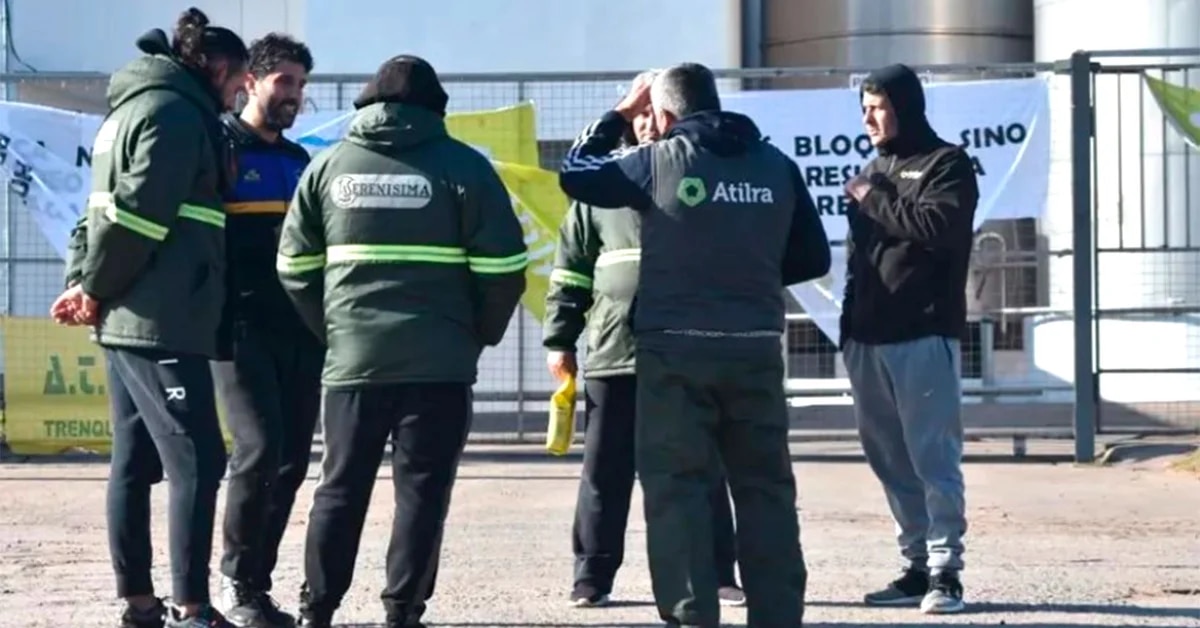 “It’s like a horror movie”: the story of the owner of the dairy company blocked by union members

The conflict started last Thursday by the Association of Workers of the Dairy Industry of the Argentine Republic (ATILRA) continues at the facilities of the Lácteos Vidal company, demanding the recategorization of 14 employees who, according to the owner of the company, Alejandra Bada Whitewas already regulated two years ago, and has the corresponding category.

The union power measure began a week ago at the facilities of the Moctezuma company, in the mid-west of the province of Buenos Aires and It expanded to the company’s manufacturing facilities in Villa Devoto, in the federal capital, days ago.

“It’s like a horror movie I want them to let us work in peace, think of the employees and their families who need bread delivered to them every day”; said this morning Bada Blanco, in dialogue with Eduardo Feinmann Radio Miter.

“If I cannot produce, I cannot sell and therefore I cannot be paid; if I am not paid, I cannot pay my employees for the land” (Bada Blanco)

The owner of the company said that it is very difficult to work in these conditions, with drums and cymbals constantly playing and above all with harassment by union members of ATILRA against employees who normally want to go to work.

Yesterday, a video went viral filmed by Bada Blanco himself in which a representative of Atilra, wearing a union jacket, can be seen trying to prevent a worker from entering the plant to carry out his work normally. In the record, the union member repeatedly tells him that he just wants to talk, but with his body prevents the employee from walking normally to the entrance of the factory.

“I filmed that video because yesterday when I arrived here at dawn I saw a gang start running down the street and they were going to push the boys.”Bada Blanco reported on the radio. “I then went with my phone and filmed what was happening,” he said.

“Furthermore, in this factory there are no demands, the union is here in supposed solidarity with the workers of the Moctezuma plant.”said the owner of the factory, who, after consultation with the journalist, explained that in the town of Buenos Aires the trade union camp moved from the facilities of Lácteos Vidal when the fact became public knowledge.

“Now in Moctezuma there is no blockade, but the people, my workers are still afraid because in a small town, where there are not so many cameras, media or police, it is not the same as here in the capital, it is a different reality”, said Bada Blanco.

The small businesswoman has repeatedly emphasized that what matters to her are her employees and their families, “If I cannot produce, I cannot sell and therefore I cannot be paid; If I don’t get paid, I can’t pay my employees for their land.“Bada Blanco said, asking the legal system to “step in and act”, and the union members to think about the workers and the people who depend on them. 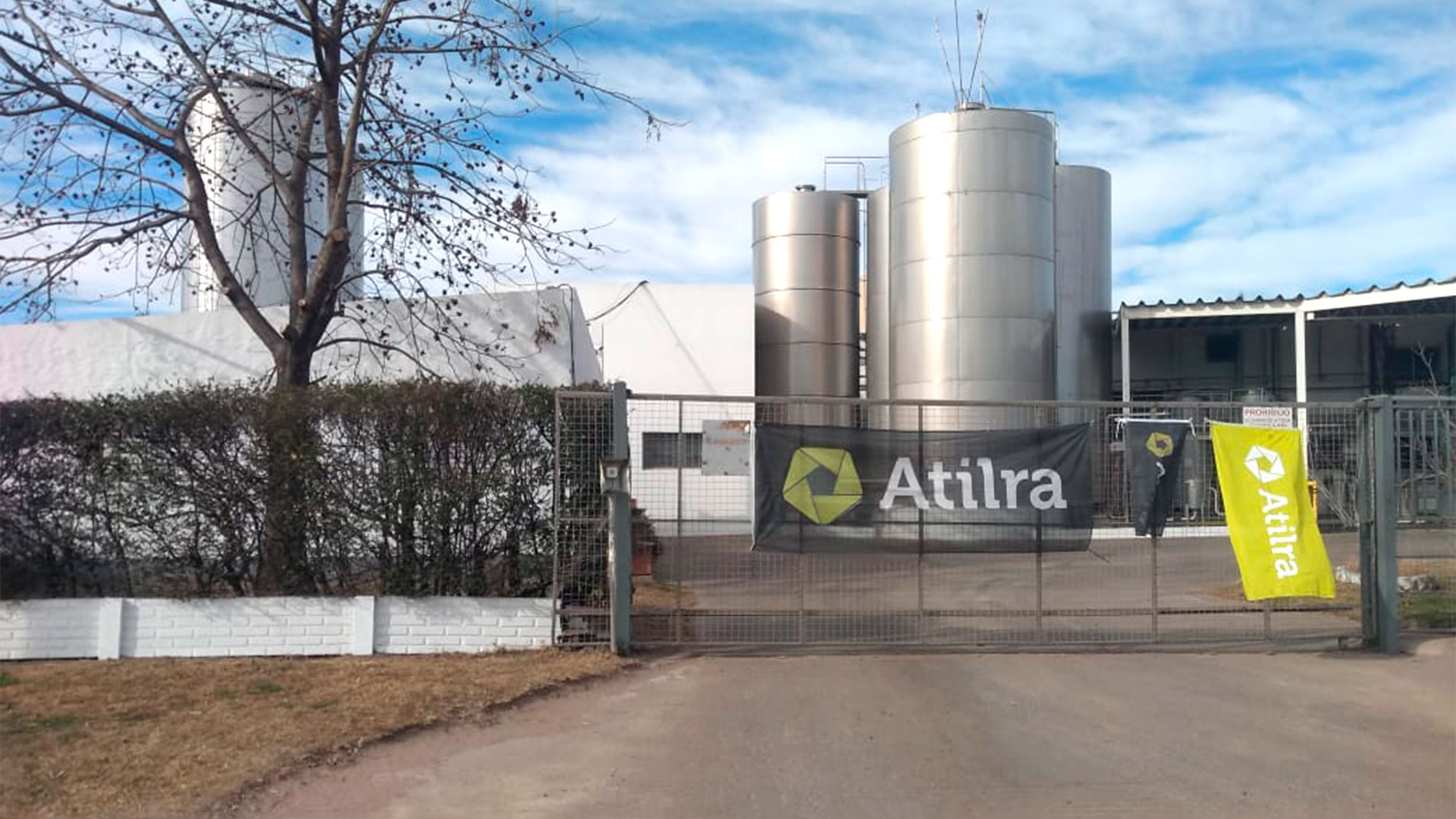 The entrance door to Lácteos Vidal

The conflict generated by the ATILRA union causes serious problems and cuts in the productive and economic chain generated by this company in the Carlos Casares area. In the federal capital plant, where they continue to work, but in conditions that are far from normal, the company completes the production process of mozzarella and other products such as ricotta, butter and other varieties of cheese, all very well recognized by the gastronomic sector.

Not only is the employment of 47 people in the Buenos Aires plant at risk, now the supply of supplies and services from the dairy company is also at risk. Since the conflict started a week ago, around 20 dairy farms have had to manage the redirection of their production in order not to throw away raw milk. In a country like Argentina, where food is missing from many homes, this cannot happen, and food companies should be able to operate normally regardless of union conflicts that may exist.

More expensive expenses: the government has confirmed that all the subsidies in the electricity tariff of the consortia will be removed
IMF, reserves, Vaca Muerta and lithium and stopover in Houston: the details of Sergio Massa’s agenda on his trip to the US
Council of the Americas, live: an event traversed by energy that will have the presence of Sergio Massa 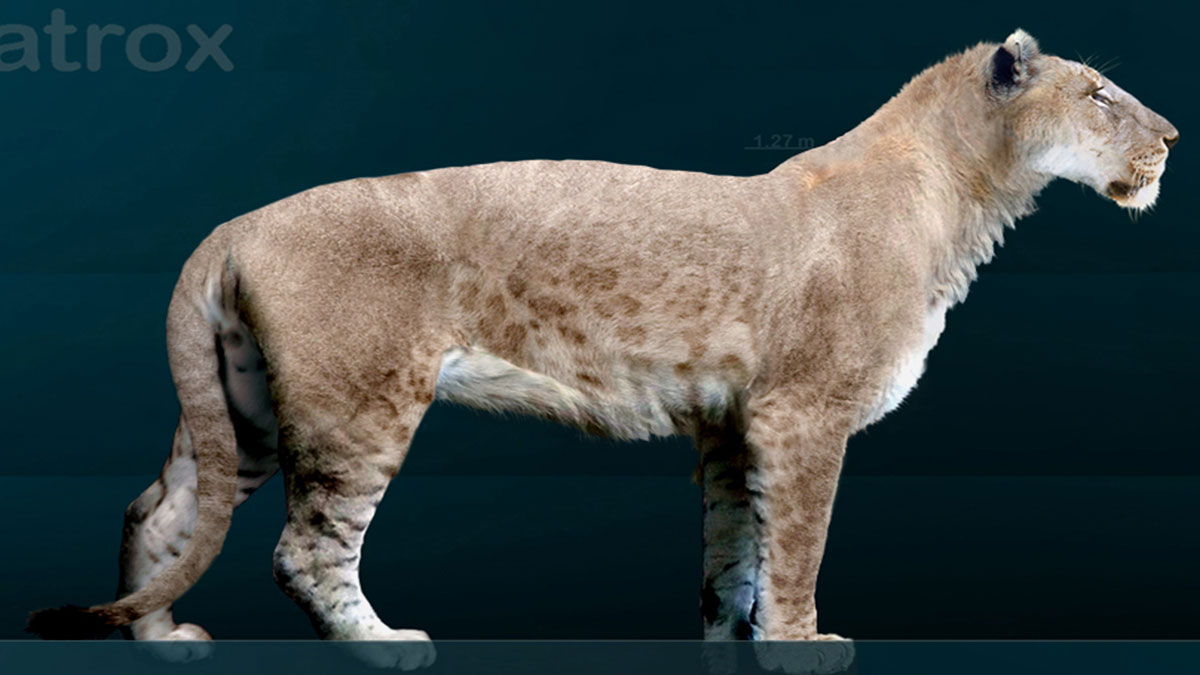