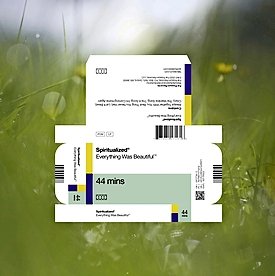 Rock » Jason Pierce has been floating in space for more than 30 years. And know it, it is not about to come back down! Under the pseudonym of Spiritualized, the former Spacemen 3 guitarist pursues a very personal sonic quest. To put it simply, the good Jason believes in the virtues of psychedelic jams to perpetuate the myth of an infinite Summer Of Love. Everything Is Beautiful, his new album, is unsurprisingly in line with his predecessors. The seven proposed compositions allow Pierce to take gospel singers beyond the stars on carpets of guitars borrowed from British rock of the early 90s. Le grand vertige without its undesirable effects. JPB

Spiritualized, Everything Was Beautiful, Bella Union.