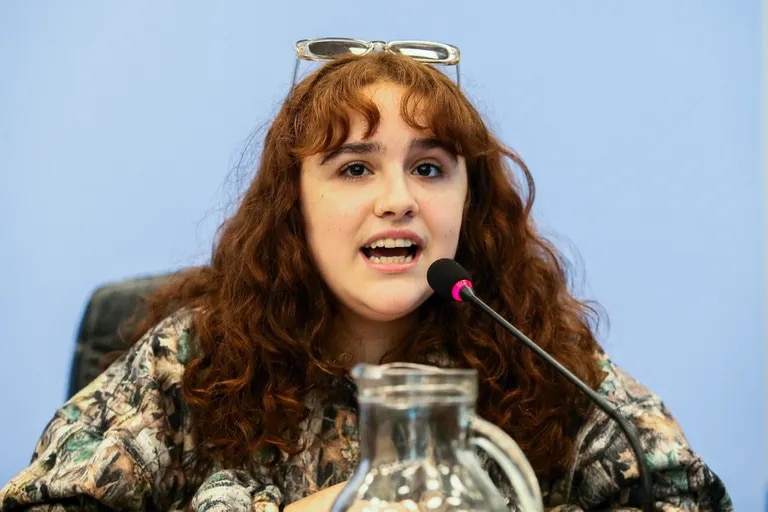 “It’s a fascist project”: controversy over Ofelia Fernández’s platform to control the police

The opposition in the Buenos Aires legislature will present a project to disarm the website presented by Ofelia Fernández: “Police Map”, considering it an element of control “fascist” which will only serve for “discredit and defame” the city police No chance to defend yourself.

The Buenos Aires deputy of Pro Juan Pablo Arenaza confirmed to THE NATION that he will present a project in the City legislature, with the intention of stopping the platform with which Ofelia Fernández seeks to generate a public record of police violence and abuse. “We have a position against it because it is a totally fascist project where the police have no right to defense”he highlighted.

He called it “crazy,” adding that being able to report anonymously “Both thieves and drug traffickers will be able to use it to incriminate police officers with their first and last names anonymously.”.

In addition, he insisted that it is something “very serious” to show the location of the accused police officers on a map. “It cannot happen that you anonymously go to denounce and to show you on the map where the police station is or where the event took place”.

Arenaza said that There is already a complaint system through the Undersecretary of Transparency that depends on the Ministry of Security, and that its creation was endorsed by the sanction of the Public Security Law in 2016, with the support of the Frente de Todos bench. “There you have the power to make complaints of police abuse and a file is opened with a summary, and work is done to correct or investigate the complaint, but with the possibility that the accused defends himself,” he explained.

The lawyer and leader of Pro joined the criticism of the web platform Florence Ariettowho declared that “an official promotes a judicial hunt with anonymous and subjective complaints it breaks the procedures and dirty the causes that investigate policemen who have violated the law”.

Ofelia Fernández did not take long to reply to the security expert Arietto, whom she defined as a “not very good” lawyer, and stressed that it is a tool that must transcend “specific governments and political forces”.

“Arietto will be a lawyer, but not a very good one, because it does not constitute any type of infraction or crime”, he fired, and emphasized that “in several cases there are image and video files that corroborate the case, in principle. But until we have the complete case, we want to wait to put it on the map with the legitimacy that getting involved in something like this implies.”

However, he clarified that “It shows that there is a daily existence of institutional violence”so “you have to start showing things” so that the information is made public “as soon as possible”.