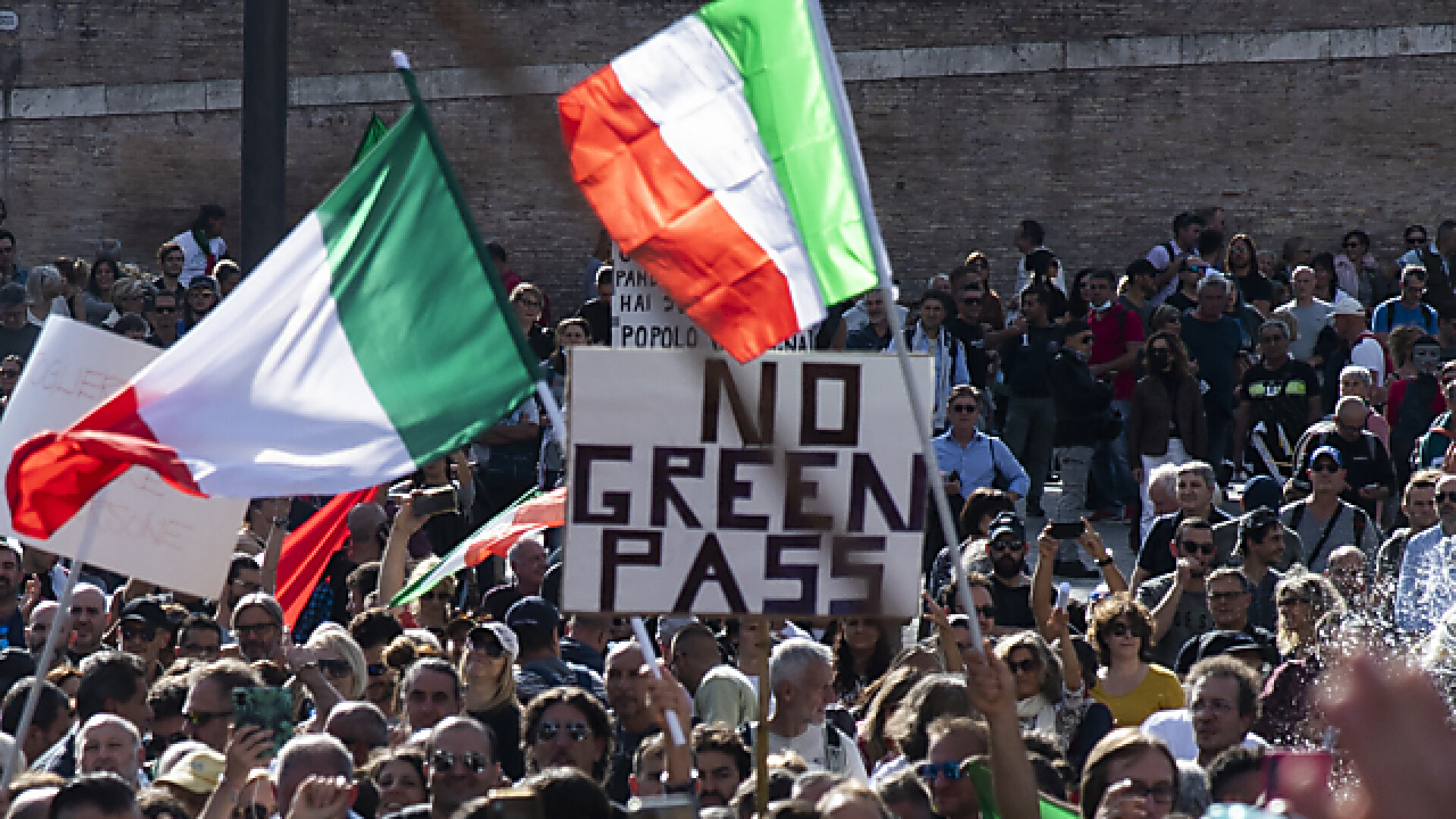 The social democratic parliamentarian Emanuele Fiano reported that the entire top of the Forza Nuova had been arrested. The Democratic Party, Italy’s third largest single party in parliament, will request the dissolution of Forza Nuova.

The twelve activists are accused of participating in an attack on the headquarters of the largest Italian trade union federation, CGIL, on Saturday afternoon. The trade union organizations have been criticized by opponents of the Corona restrictions for advocating the planned introduction of the 3G rule for all workers in the private and public sectors, a measure that will affect 23 million workers, on Friday. A solidarity demonstration with the CGIL association took place in front of parliament on Sunday.

The measure is controversial, and for weeks there have been demonstrations on Saturdays in several Italian cities against the access restrictions imposed by the so-called Green Pass. Opponents of the optional paper or digital document claim that this is a way to force workers to vaccinate, although there is no general vaccination requirement in Italy. A vaccination is currently only required for health workers.

Anyone who appears for five days without a vaccination certificate, a negative test or a certificate confirming recovery from Covid disease will be suspended from duty without a salary. A termination is excluded. The government also guarantees a price of 15 euros for the tests. The unions’ request for free tests for workers was rejected by the government.

Tens of thousands of demonstrators had demonstrated against the corona vaccination policy of the Italian government in Rome on Saturday afternoon. Activists of the right-wing extremist Forza Nuova mingled with the demonstrators who had traveled from all over Italy. These had tried to penetrate to the office of Prime Minister Mario Draghi and the headquarters of the CGIL union. The police intervened with tear gas. A police officer was injured in the clashes. The displeasure of those opposed to the vaccination, who see their freedom rights restricted, is supported by neo-fascist groups.

Prime Minister Mario Draghi condemned the violence in Rome and expressed his solidarity with the CGIL trade union federation. “The right to demonstrate must never degenerate into aggression and acts of intimidation,” emphasized Draghi. The government is keen to continue the vaccination campaign. President Sergio Mattarella also expressed his solidarity with the trade union federation.

Interior Minister Luciana Lamorgese has been criticized by right-wing parties. She was accused of having done nothing to stop the rioting. The non-party minister has been the target of the right-wing Lega and the opposition post-fascist party Fratelli d’Italia (Brothers of Italy, FdI) for months because of the strong immigration in Italy.

In Italy, around 80 percent of all residents over the age of twelve are fully vaccinated against the corona virus. With this, the government has achieved its goal. In Italy, the third dose of the vaccine has also been given to people over 60 and frail people since September.