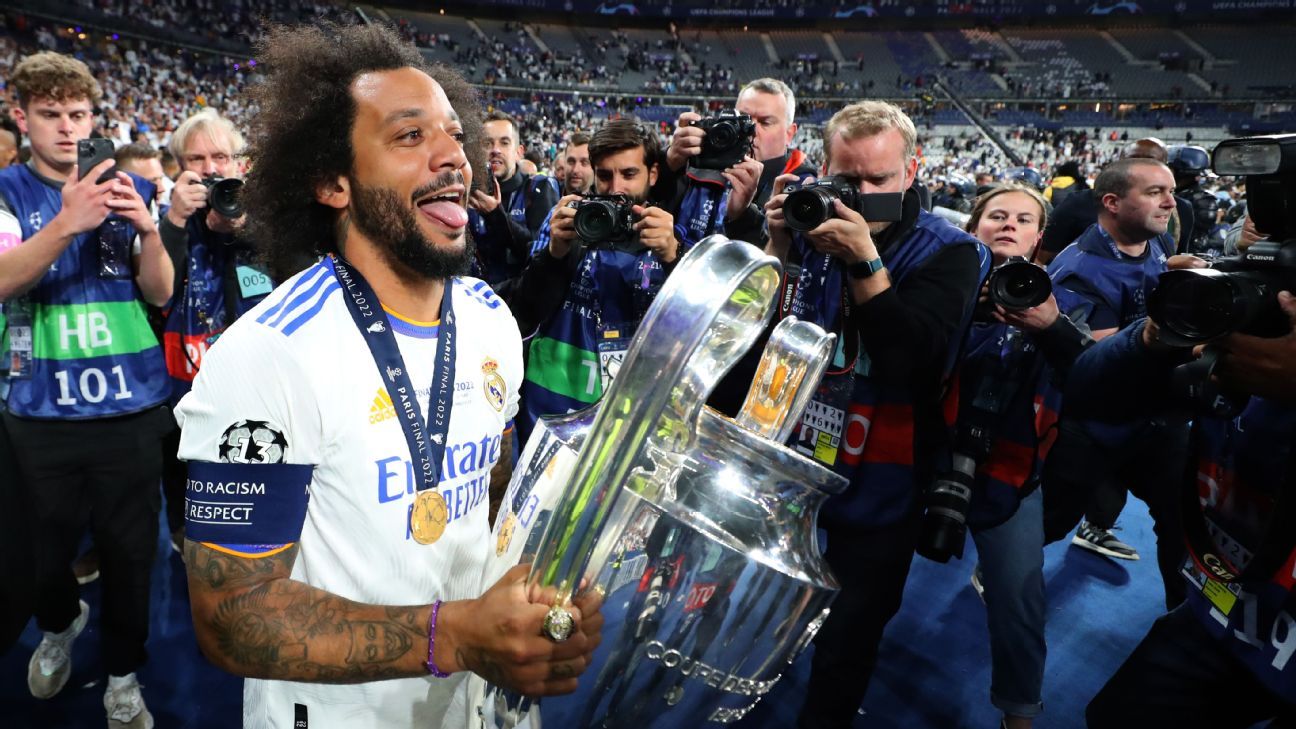 “It was my last game with Real Madrid”

the brazilian defender Marcelo confirmed his end of cycle with the Real Madridafter the conquest of the fourteenth Champions Leagueby beating Liverpool 1-0 at the Stade de France.

The defender says goodbye as the player with the most titles in his history, “with great joy” and grateful “to the fans” and “the magical nights” experienced at the Santiago Bernabéu.

“It’s a very nice moment. When you’re first captain you dream of lifting the cup and I’ve become the only Brazilian to have lifted a Champions as captain of Real Madrid“, he stated in a mixed zone

“The emotion is brutal, it was my last match with him Real Madrid, but I am very happy. It’s not a sad day, I’m leaving with great joy, grateful to the fans and the magical nights I’ve experienced at the Bernabéu,” he added.

Marcelo confirmed his goodbye Real Madrid but not his withdrawal. At 34 years old, the time has come to decide on a new destination, once the party that he will experience on Sunday at his farewell is over.

“I don’t feel like a legend, I’m a person who enjoys every moment. I’ve been lucky enough to be captain and lift the Cup before my goodbye. The last game at the Bernabéu was a mini farewell but now I can’t say goodbye better than with my fifth Champions. I have closed a very nice cycle “, she sentenced.