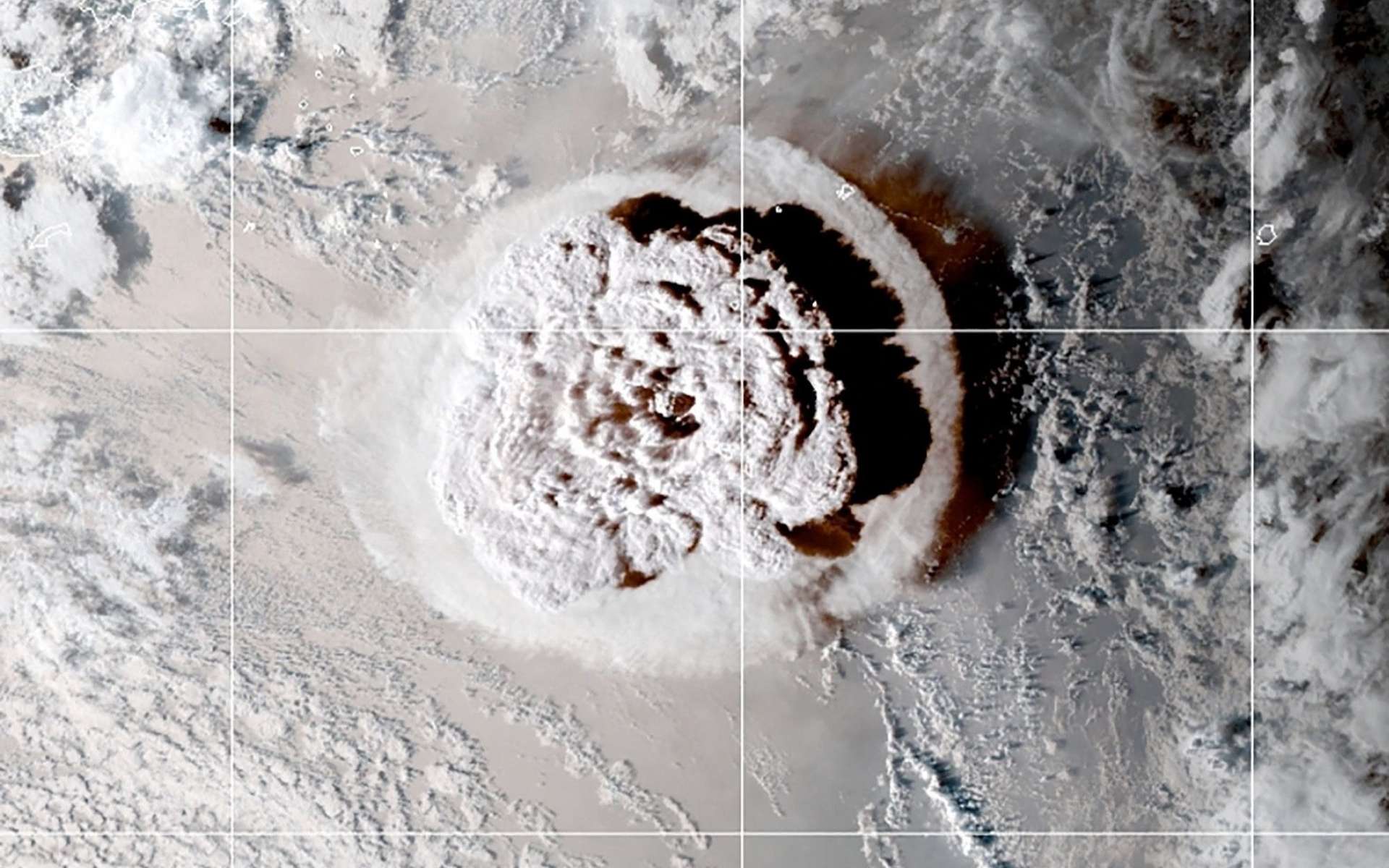 It was a year ago: the eruption of Hunga Tonga was the largest ever observed by satellite!

On January 15, 2022, the Hunga Tonga-Hunga Ha’Apai submarine volcano, located in the southwest Pacific Ocean, erupted. Triggering a gigantic tsunami in passing, and sending colossal quantities of water into the atmosphere. A new study has looked into the consequences of this eruption, and has established that it will be the largest ever observed by satellite.

It was a year ago: on January 15, 2022, the Hunga Tonga-Hunga Ha’apai submarine volcano erupted, causing the most violent eruption in the 21st century.e century. While the explosion was heard up to more than 8,000 kilometers from the point of origin, it generated a gigantic plume of ash and gas reaching 58 kilometers in height, as well as the emission of a large amount of water vapour, and a tsunami 90 meters high.

Numerous analyzes followed, studying the propagation of the various seismic waves emitted during the eruption, scrutinizing the satellite images of the event. A recent study published inScience Advancesthis time focused on the coupling of terrestrial and atmospheric waves resulting from the eruption. She cites as consequences of the eruption “nearly 590,000 lightning strikes, globally observed waves in the ionosphere and atmosphere and global sea waves, partly caused by an atmospheric acoustic gravity wave and global seismic waves”.

Three fundamental contributions at the time of the eruption

The researchers first focused on the three fundamental contributions to the ground motions detected by seismometers for the Tonga eruption in 2022: direct seismic waves from the eruptive process itself and two additional interactions associated with atmospheric disturbances produced by the eruption”.Their goal: to reconstruct the propagation of the waves during the 4.5 hours following the explosion. “Here, we consider solid Earth-atmosphere interactions that produce seismic waves emanating from the source to provide information about seismic source processes throughout the most energetic stage of the eruption”they detail.

They thus explain, as shown in the figure below, that there occurred both a downward counter-reaction caused by the ejection of gas and steam, and a deflation (or deflation) of the reservoir of magma, since it has run out. It is the combination of the two, added to acoustic gravity waves (Lamb waves), which then caused the various terrestrial and atmospheric movements following the eruption. Part (B) schematizes the generation of Rayleigh waves, which have a complex motion in the shape of an ellipse. Then follow all the other seismic waves, recorded by different seismic stations on Earth, but also other consequences recorded this time by satellite observations.

The most powerful eruption since Mount Saint Helens in 1980

From different satellite recordings, collected by devices placed at least 755 km from the volcanic island of the back-arc, different models of eruptive processes and ground movements, the team managed to detail the source. and reproduce all the consequences of the eruption, and to deduce its power.

They thus established a cumulative force over the 4.5 hours evaluated just after the eruption of 3 million billion newton-seconds (Ns), exceeding by a factor of 2 the previous evaluations. They also established that “The peak forces of the eruption are about an order of magnitude greater than those of the Mount St. Helens eruption of 1980.”

See also  Ford Mustang: Nothing new in the west