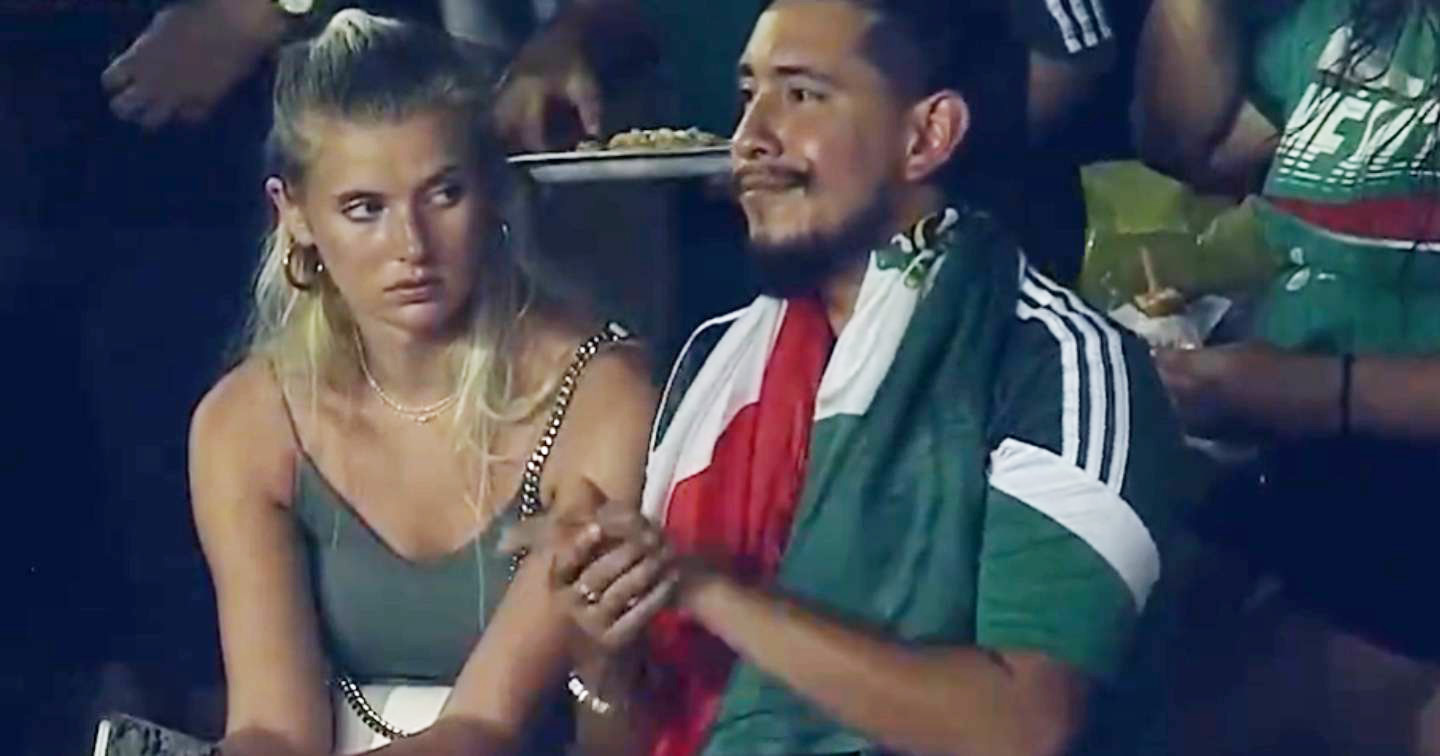 During the game between Mexico and Guatemala in the Gold Cup, a couple who was in the stands of the Cotton Bowl stadium became a trend, as the hosts of TV Azteca told their story, which began with a disagreement and ended in love.

Christian Martinoli, Luis García and Luis Roberto Alves ‘Zague’ made a sympathetic narration which made the story of the Mexican fan and his girlfriend, who was angry for much of the game, was taken up by various media. One of them, ESPN, contacted the protagonists who were identified as Alfredo Gutiérrez and Shae Vonstein.

Both Alfredo and Shae are originally from Dallas, Texas, however, as the young man’s parents are from the Mexican state of Chihuahua, he is a supporter of the Mexican soccer team. During the interview Gutiérrez recalled the reason why his girlfriend was upset.

“You see the electrical storm came, because we waited a bit in the car and I wanted to get off even though it was sparking. She got a little upset, because we got wet, but I, as a good fan of Mexico wanted to be there now That’s why she looked a bit angry. “ mentioned the fan.

In the broadcast of TV Azteca there is a moment in which it is seen that the couple is entertained by looking at their mobile phone and Shae Vonstein begins to smile again, which was interpreted by Martinoli and his companions as they had discovered that they were a trend. Something that was not very far from reality, because in the interview Alfredo commented: “later it passed, especially when he realized that we were already viral and that they were happening to us all the time on television.”

The young man said that it was one of his friends from Chihuahua who told him that all of Mexico was watching the scene between him and his girlfriend on television.

Alfredo Gutiérrez is a software engineer and Shae Vonstein is a university student. The young man of Mexican descent told ESPN that they met five years ago at a party to which he was invited by a friend, “there I gave him the first kiss and told him if he wanted to be my girlfriend and he said yes.”

The couple now even promotes the broadcasts of soccer matches on TV Azteca.