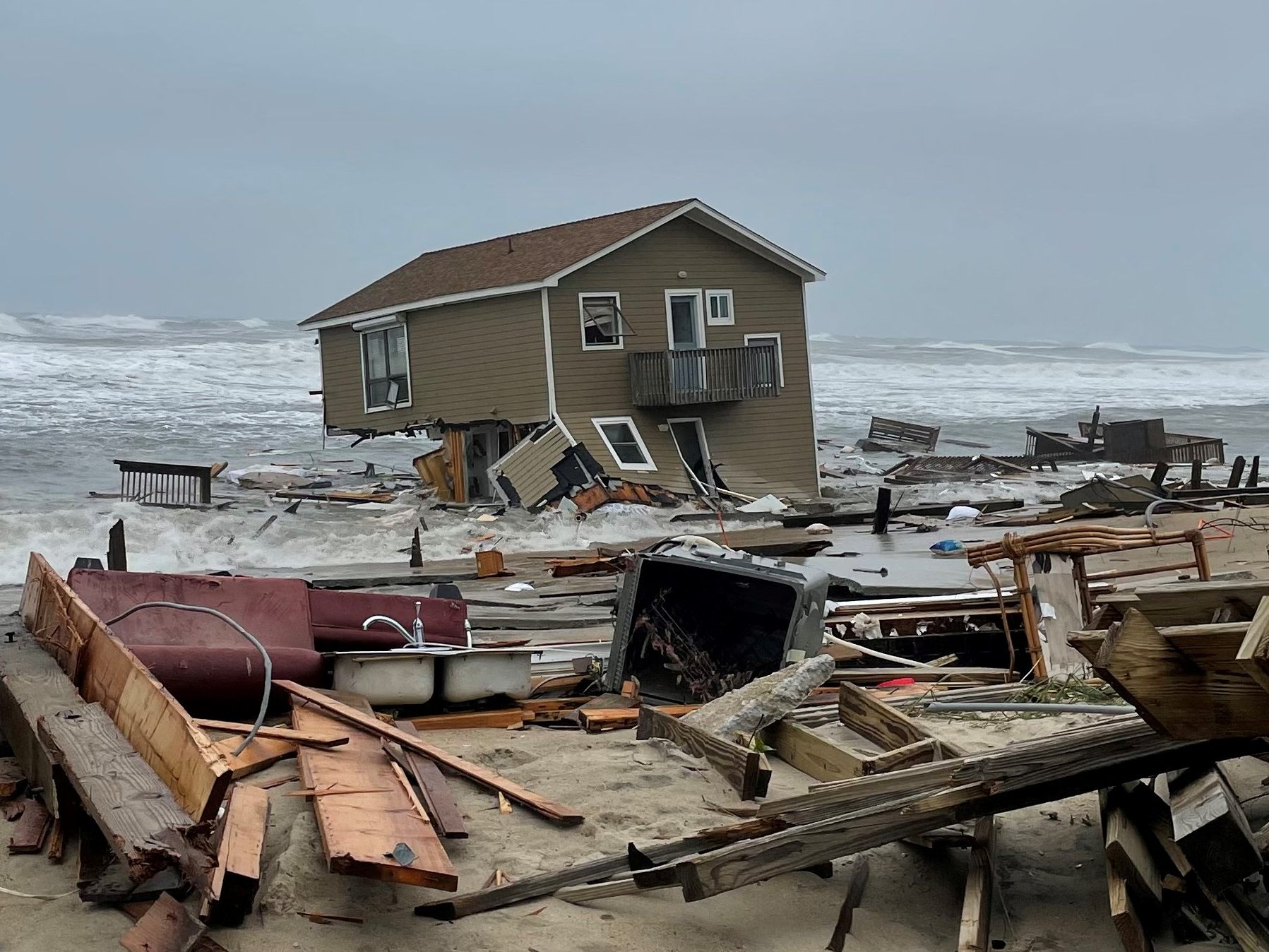 It hurts: the beach house sinks into the sea


The beach house after the supports broke and the building collapsed into the sea.
©Cape Hatteras National Seashore/via REUTERS

An unbelievable scene took place during a storm on the Atlantic coast in the US state of North Carolina.

A beach house was washed away by the tide. No one was injured – the property damage is enormous.

The house in the Cape Hatteras Coastal Conservation Area was worth between 300,000 and 360,000 euros. Approximately $500 million worth of buildings are lost each year in the United States in such incidents.

So the house collapsed