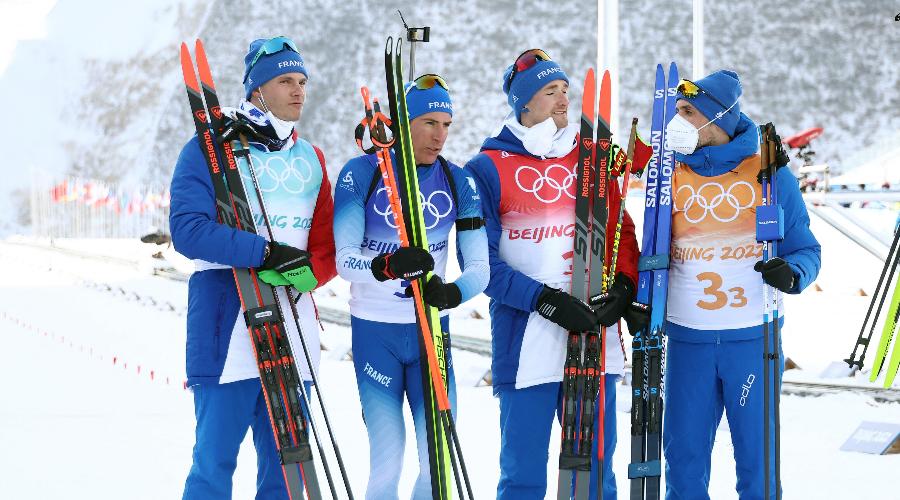 It gets complicated for France

Despite the silver medal won by the men’s relay in biathlon, France lost a place and it will be difficult to aim much higher.

The goal of 15 medals set before the Games is getting closer for the tricolor delegation. After the two gold medals won by Quentin Fillon-Maillet, those in silver won by this same QFM, but also the mixed relay and Anais Chevalier-Bouchet, the French biathlon won a sixth medal, once again in silver, on the male relay. Enough to allow France to display 12 medals on its counter.

To the six medals won by the biathletes, therefore five for Quentin Fillon-Maillet alone, are added the gold medal of Gabriella Papadakis and Guillaume Cizeron in ice dancing, those of silver of Yohan Clarey in downhill, Tess Ledeux in big air and Chloé Trespeuch in snowboardcross, as well as those in bronze for Mathieu Faivre and the men’s relay in cross-country skiing.

But despite this 12th medal, the Blues have lost ground in the medal table. France has in fact moved back one position to emerge on the 12the rank. Blame it on Switzerland, which won two new gold medals on Tuesday. And if there are still solid chances of medals for the Tricolores, in particular thanks to the biathlon, with the two mass-starts and the women’s relay, it will not be easy for France to aim higher than this 10e square. It will indeed take at least two new Olympic titles to pass Switzerland and Sweden and even Russia, which certainly has only four golds, but also seven silvers and nine bronzes.