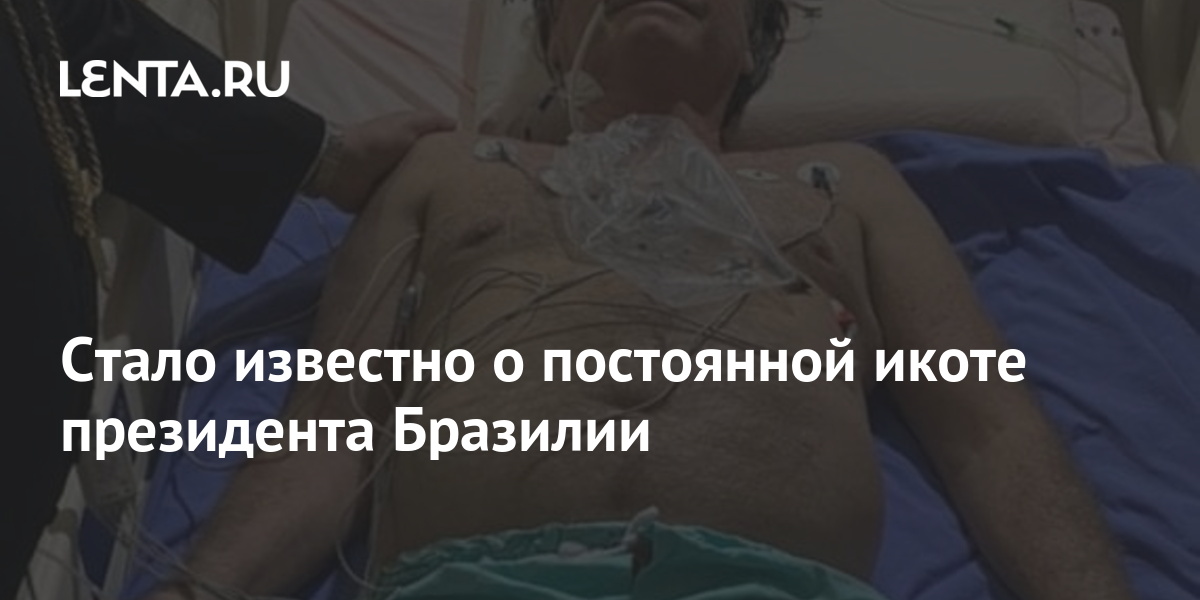 Hospitalized on July 14, Brazilian President Jair Bolsonaro has been suffering from chronic bouts of hiccups for two weeks, doctors suspect he has intestinal obstruction. The head of state may need an urgent operation, according to Reuters.

The 66-year-old politician may have to undergo urgent surgery, but, according to preliminary data, there is no serious threat to his life. Now he is being kept on a ventilator in intensive care.

In 2018, Bolsonaro nearly died after being stabbed at a demonstration. It is not specified whether his current condition is related to that incident: the agency notes that the attacks of hiccups began after a routine dental operation.

The fact that the head of Brazil was hospitalized became known a day earlier. He was taken to the capital hospital of the country’s Armed Forces, after he felt a sharp pain in his stomach.