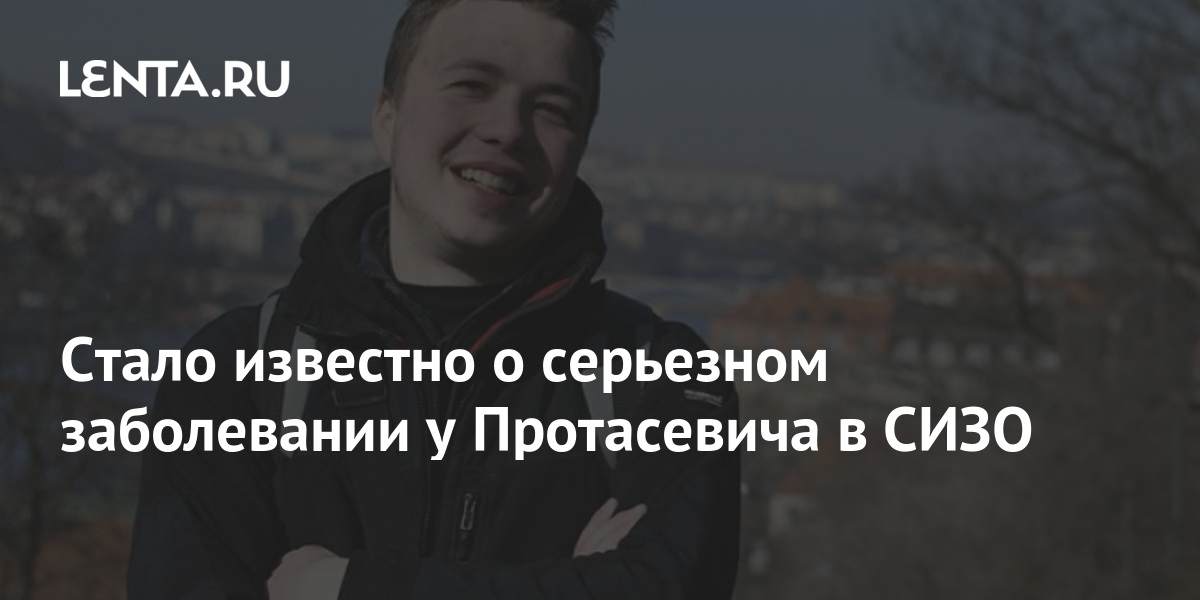 The father of the former editor-in-chief of the opposition Telegram channel NEXTA, Roman Protasevich, said in an interview with NV that the young man had transferred a severe form of tonsillitis to the pre-trial detention center, a disease that is accompanied by an inflammatory process in the tonsils and severe swelling of the throat.

Information about the detainee’s illness became known after a call from a lawyer. The defense did not provide any details about his condition due to a nondisclosure agreement. “What treatment was provided, how they treated him – we do not fully know,” said Dmitry Protasevich.

He added that the defense could not personally meet with the young man for 11 days, and the day before he was kept under interrogation for more than seven hours. “The lawyer was able to get in touch with us only at about 12 am Warsaw time. For seven hours without a break, the investigator refused to let him go even to the toilet, while the interrogation lasted, or not, ”added the journalist’s father.

Earlier, Dmitry Protasevich said that the testimony of his son, given on the air of the Belarusian TV channel ONT, was knocked out under torture, therefore, the journalist’s words about the fragmentation of the opposition and preparations for mass protests should not be trusted.

Roman Protasevich was detained on May 23 in Minsk. He flew from Athens to Vilnius on a Ryanair plane, which made an emergency landing in the Belarusian capital after reporting an explosive device on board. The creator of NEXTA is accused of organizing riots.

See also  A huge stock of beer has accumulated in Afghanistan because of the German army: Conflicts: World: Lenta.ru