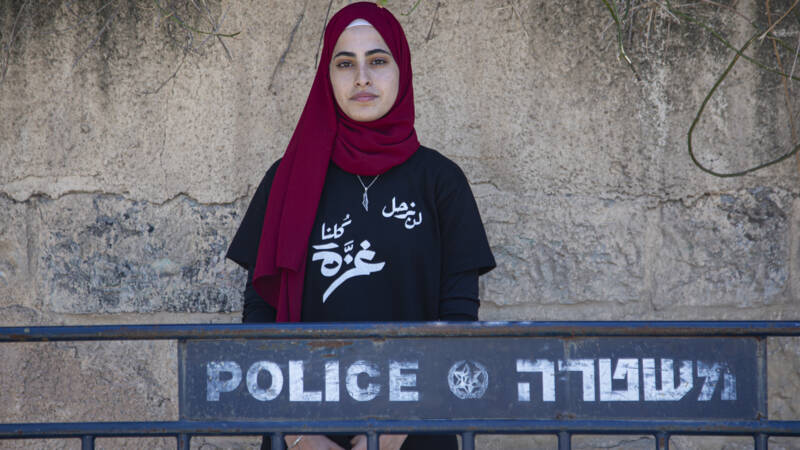 Palestinian activists Muna and Mohammed Al Kurd (23) were arrested this afternoon. The twins have been campaigning in recent months against the possible eviction of their family in Sheikh Jarrah, a neighborhood in East Jerusalem. They received a lot of international attention with their online campaign #savesheikhjarrah. According to the Israeli police, they are suspected of taking part in disturbing the peace and in rioting in the neighborhood.

Muna was arrested at home by the police. The officers also had a warrant for her brother’s arrest, but he was not present at the time. Hours later, he went to the police station himself. Muna has since been released, it is unclear whether she will still be charged. Mohammed is still in custody.

Nabil Al Kurd, Muna and Mohammed’s father has set up a chair in front of the police station. There he spoke to the press this afternoon: “My children have been arrested for telling the truth to the world. They show people how we are being evicted from our homes, just as we were driven from our cities in 1948.”

The recent violence between Israel and the Palestinians began in Sheikh Jarrah. And while the truce between Israel and Hamas holds, the atmosphere in the neighborhood is still tense. The Palestinian residents and Israeli settlers are constantly at odds with each other. Police patrol the neighborhood day and night and large areas are closed to anyone who does not live there. It is still not clear whether the Palestinian families will be allowed to appeal the evictions.

How an eviction in Jerusalem sparked new confrontations: