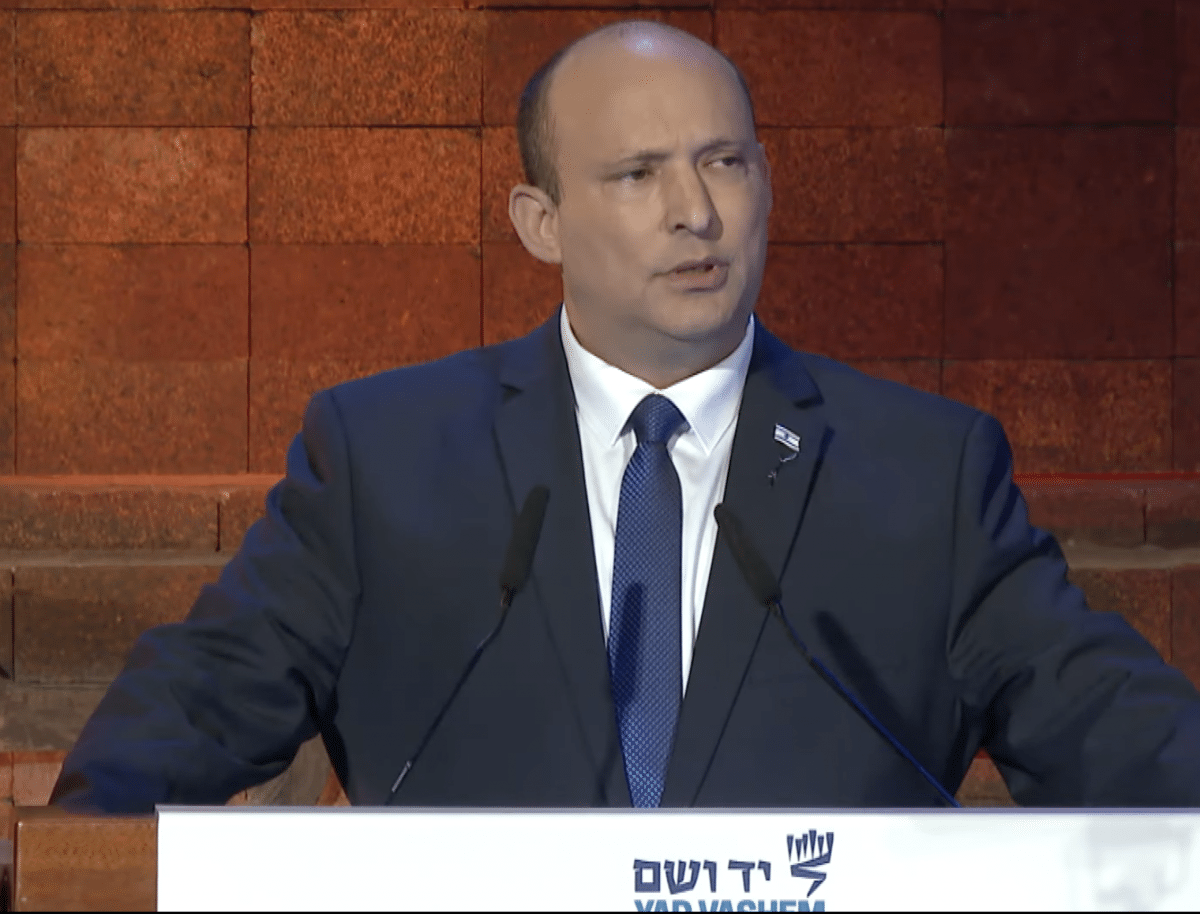 Israel: Ukraine war is not the same as Holocaust

Equating the Russian war with the extermination of the Jews is now the order of the day. Now the Jewish state has objected – not for the first time

This clarification was necessary, straight from Israel: Prime Minister Neftali Bennett, in his speech on Holocaust Remembrance Day in Israel, countered comparisons between the Ukraine war and the Holocaust. Even “cruel” current events should not be equated with the systematic murder of European Jewry in World War II, said the head of government at the central commemoration ceremony at the Yad Vashem Holocaust Museum.

“The Holocaust is an unprecedented event in human history,” said Bennett. “Even the worst wars today cannot be compared to the Holocaust.”

In the past few days and weeks, Bennett and other high-ranking representatives of the Israeli government have already rejected the comparison of the Russian invasion with the Nazi genocide made by the Ukrainian President Volodymyr Zelenskyy.

On Wednesday, the topic played a role on Holocaust Remembrance Day at Yad Vashem. According to the Israeli daily, Bundestag President Bärbel Bas (SPD) was also present at Bennett’s speech Haaretz the first high-ranking representative of Germany at such a commemoration.

Bennett had already criticized comparisons to the Holocaust from Ukraine in March after Zelenskyj had addressed the Knesset via video transmission.

Here, too, he had compared the Russian invasion to the Nazi genocide. At a subsequent event hosted by the Israeli news site Ynet Bennett noted that it is “prohibited to compare any other event to the Holocaust.”

In his live broadcast speech in March, Zelenskyy said to Israeli MPs that the Russian leadership also speaks the “language of the ‘final solution'”. He added: “Listen to the words of the Kremlin. They are using Nazi terminology.”

This is comparable to the propaganda of the “final solution of the Jewish question, which you probably remember well. Just listen to what they are saying in Moscow now. Now terms like ‘final solution’ are being used again, but now they are directed against us , against Ukraine. That’s what they openly say on official sites and in the media.”