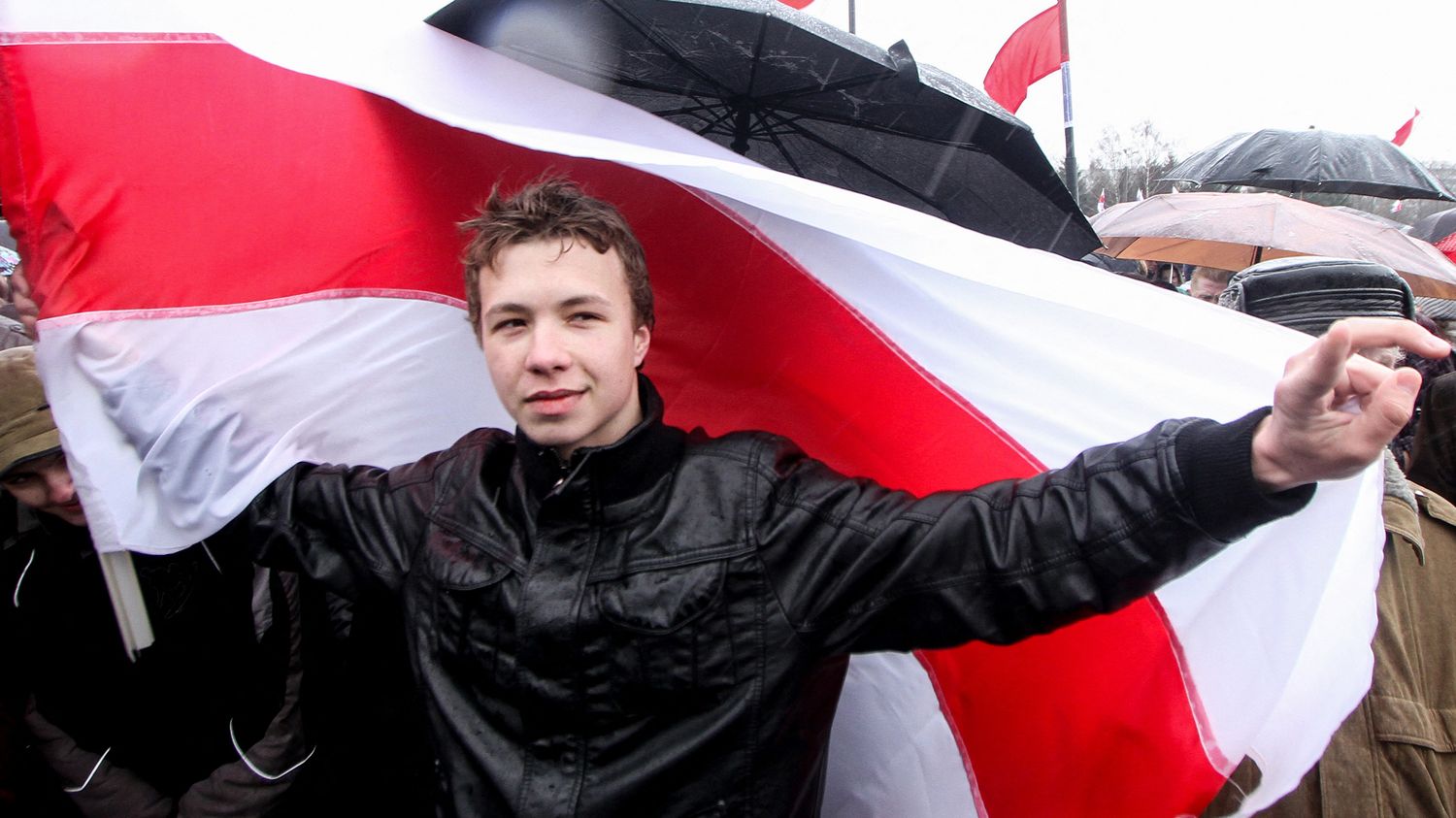 After the illegal hijacking of an airliner of which he was one of the passengers and his arrest in Minsk on May 23, the Belarusian journalist Roman Protassevich became the symbol of the fight against the dictatorship of Alexander Lukashenko, supported by Moscow . Since 2011, the young reporter has been a staunch opponent of this authoritarian regime, which he regularly wraths. His arrest sparked an uproar and many voices, including those of the European Union and the United States, were raised to condemn his arbitrary arrest.

At the same time, pro-Belarusian and Russian pro-regime media unearth photos which they claim demonstrate that Roman Protassevich is a neo-Nazi, due to his murky ties to the Azov battalion, a Ukrainian regiment known for its proximity to the neo-Nazi movement. Many blogs and tweets relay these elements. They accuse Protassevich of having fought in Ukraine alongside these controversial soldiers, known for their feats of arms against the Russians and the pro-Russians in the Donbass war. At the start of the conflict, Azov was an armed group of volunteers linked to the far right, whose reputation is all the more sulphurous as their emblems visually resemble those of the Third Reich.

Several images fuel the accusations against the young journalist. First, a cover of the official Azov magazine from 2015. Roman Protassevich does indeed look like the young man in military uniform, armed and all smiles, that we see on the cover, even if no mention of his name exists. in this copy that we were able to consult in its entirety. The resemblance is established at 70% by facial recognition software, without it being possible to formally identify the Belarusian reporter.

See also  no explosive device found on board 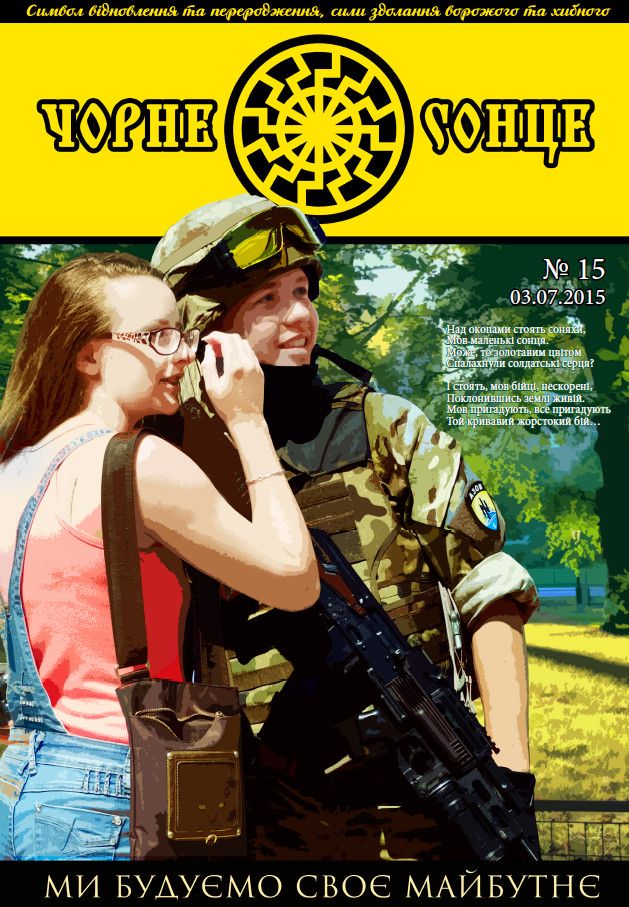 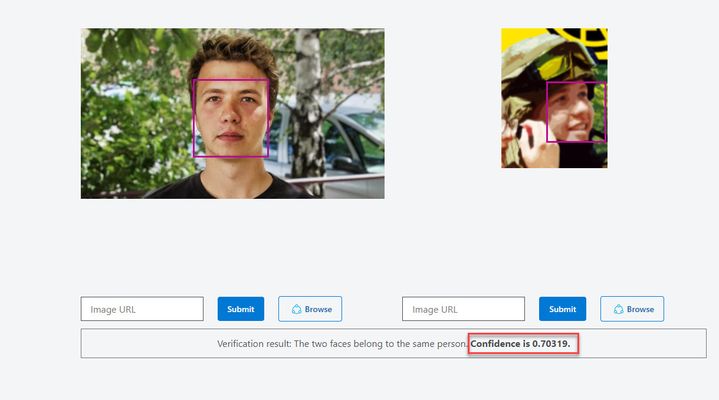 It is indisputable that Roman Protassevich spent a year in Ukraine between 2014 and 2015. He himself said this in a video posted on YouTube on September 18, 2020 on the Nexta channel (from 46 ‘). The young journalist confirms having spent a year in the conflict zone in Ukraine, without taking part in the fighting.

“All these years, I only did my job as a journalist.”

This version is corroborated by the leader of Azov, who reacted on the Telegram messaging, on May 25, evoking the commitment of the reporter, but not as a fighter. “Yes, Roman, along with Azov and other military units, fought against the occupation of Ukraine. He was with us near Shyrokyne, where he was wounded. But his weapon as a journalist did not was not a gun, but the words. “, explains Andriy Biletsky.

We also found a video, posted in 2015 on YouTube by an independent Ukrainian channel, where we see Roman Protassevich (at 4’42 “) wounded and treated by Azov soldiers. But again, he is in uniform civilian and nothing indicates that he fought alongside the men present in this video. This version of the facts is disputed by the pro-Lukashenko. Because other more or less similar photos are widely relayed. They all show a young man. Azov’s soldier presented as Roman Protassevich, one of which was even seized from the journalist’s personal phone by the Belarusian authorities. 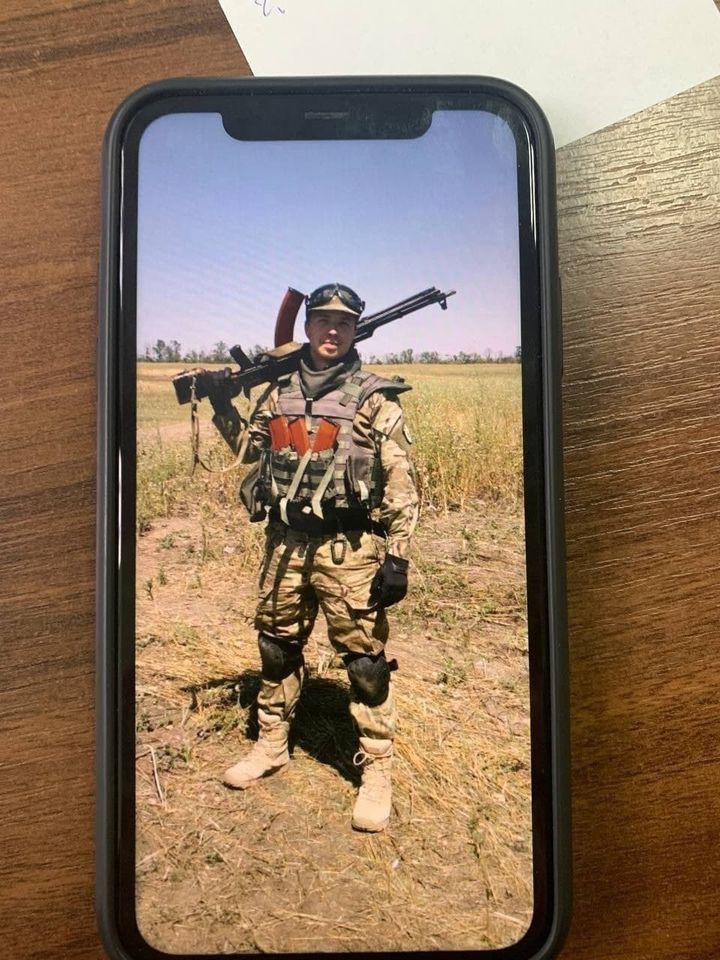 A photo of a Ukrainian soldier in Azov who some believe would be Roman Protassevich. (chaîne Telegram “Yellow Plums”)

However, the same image illustrates an article dated 2015, containing an anonymous interview with a certain “Kim”, a Belarusian volunteer fighting alongside Azov, in Mariupol in Ukraine. For Protassevich’s detractors, Kim and Roman are one. However, certain elements cast doubt on this hypothesis, for example its age. Kim is 22 in the article, while Roman was 20 in September 2015. We contacted the editorial staff of Radio Free Europe / Radio Liberty to find out if the man interviewed in this article was indeed young Protassevich. The manager told us that his “group does not have[ait] no evidence regarding the true identity of the anonymous individual. “

In addition to the desire of the Belarusian regime and its Russian ally to discredit Roman Protassevich as a journalist by passing him off as a militiaman close to Azov, it is the ideology of the young Belarusian that is singled out. Gray areas remain, for example around the origin of a photo, widely relayed by his detractors, which shows a young man resembling him. He is reportedly wearing a T-shirt from neo-Nazi brand Sva Stone, according to comments. However, it is impossible to formally identify the motif of the garment, nor to date or source this image. 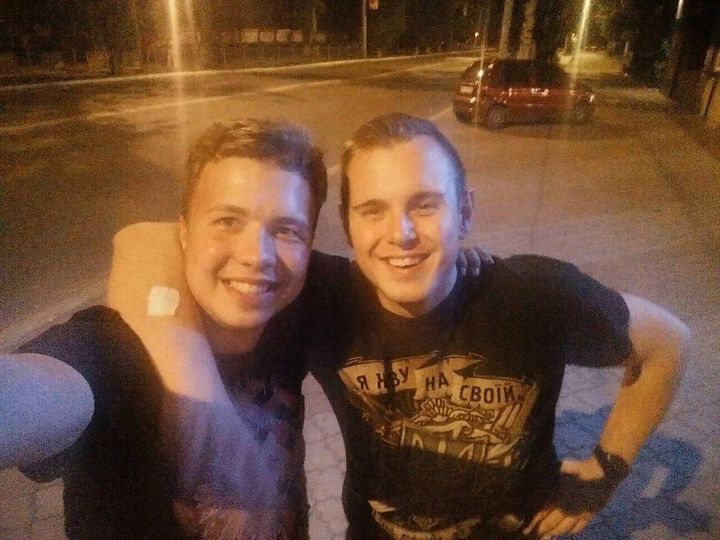 Roman Protassevich (left) is reportedly wearing a neo-Nazi brand Sva Stone t-shirt, in this image, the origin of which is unknown. (chaîne Telegram “Yellow Plums”)

A At this stage, we have not found any traces of Roman Protassevich’s work as a reporter on this armed conflict. On the other hand, he has published numerous articles in recent years. And none of them shows far-right rhetoric. The Nexta channel, an influential Belarusian opposition media of which Protassevich was the editor-in-chief, declined to answer our questions on this affair. If it is impossible to define with precision the ideological affiliation of Roman Protassevich, our research shows that his profile is closer to the committed and patriotic journalist than to that of an activist calling for violence, as described by the authorities in square.

This is confirmed by Alex Kokcharov, political risk analyst in Eastern Europe. Originally from Belarus, now based in London, he met Roman Protassevich several times in Minsk. “During my discussions with Roman, he expressed his hope that the end of this totalitarian regime and the transition of Belarus to a more democratic system, with elections and a political system more aligned with the democracies of the Union, will come. European, and not on the autocratic system of Russiae, he explains. He also expressed his admiration for the political changes in Ukraine since 2013-2014, where the electorate has chosen pro-European values ​​and ideals, instead of associating with Russia “.

In recent years, accusing political opponents of extremism and terrorism has been a recurring practice in Russia and Biolérussia. Three days after Protassevich’s arrest, the head of the Belarusian KGB used precisely this bias to legitimize the journalist’s detention, in a statement transcribed on the website of the official Minsk news agency.

“There is no question that this person fully conforms to the definition of a terrorist, a mercenary, participating in bloody events associated with atrocities and the death of civilians in the south-east of Ukraine.”

to the Belarusian news agency Belta

“The Russian and Belarusian propaganda know very well that the reputation of the Azov Battalion abroad is very problematic, so they try to link Protassevich to this battalion in order to demonize him and better punish him, to legitimize their illegitimate act of arresting Protassevich.“, details to franceinfo Tetyana Ogarkova, who works for an NGO fighting against disinformation in Ukraine.

Roman Protassevich himself was ironic about this situation before his arrest. On his Twitter account always accessible, we can read that he presents himself as “The very first terrorist journalist”, referring to the KGB’s decision to place it on “the list of persons involved in terrorist activities”. 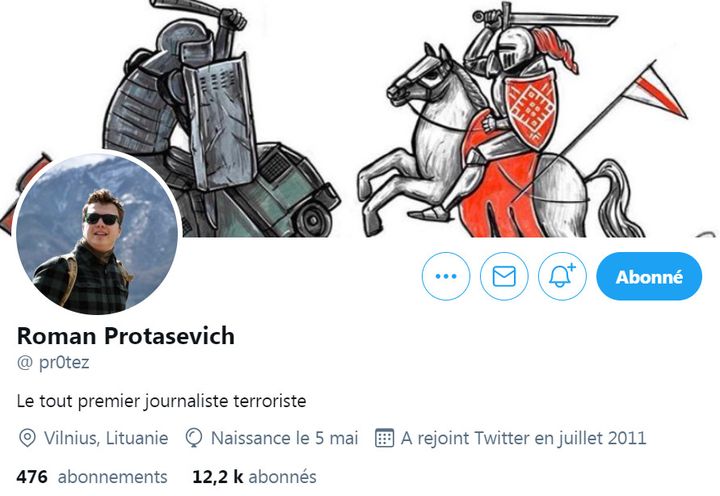 Now a political prisoner in “the most dangerous country in Europe for journalists” according to Reporters Without Borders, the 26-year-old journalist has appeared three times in videos broadcast by Belarusian state television. In the most recent, broadcast Thursday, June 3, 10 days after his arrest, he is staged in a forced confession. Roman Protassevich says he wants “correct your mistakes” a mean “a quiet life”, away from politics. The journalist’s father, Dmitri Protassevich, believes that these televised confessions are the result of “violence, torture and threats”. “I know my son very well and I have the conviction that he would never say such things”, he told AFP on Friday, June 4. Berlin called this interview “shame” and British Foreign Secretary Dominic Raab felt she was “clearly carried out under duress”.

For the time being, the young journalist is mainly accused by the power in place of having organized mass riots and of having incited hostility towards the security forces. He incurs 15 years in prison for this. But dictator Alexander Lukashenko did not rule out the death penalty against him.