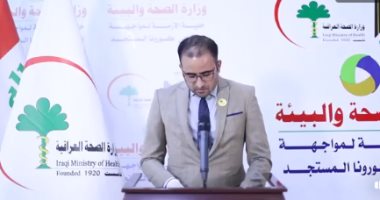 The Director of Health Promotion in the Ministry, Haitham Al-Obaidi, said in statements, reported by (Alsumaria News), today, Saturday – “Three deaths were recorded during the past two weeks, one in Baghdad, in addition to two in Dhi Qar, with two suspected cases in Anbar.”

He added that due to the approaching Eid al-Adha, caution must be taken against the dangerous disease of viral hemorrhagic fever, as it is contagious as it is transmitted from infected livestock to humans, and causes severe symptoms and bleeding, and finally death rate of 60 percent.

He pointed out that it spreads through contact with infected animals, mosquito bites or ticks that multiply on their skin, or those who slaughter them because they do not use paws, clothes and glasses, or through sacrificial blood through wounds inflicted by humans, or exposure to infected blood or fluids. The other body, explaining that it spreads later from one person to another by contact with his blood, organs or other body fluids.

Al-Obaidi explained that the symptoms of the disease, whose incubation period is two weeks, are similar to influenza and appear since the first week, which is high fever, headache, diarrhea, nausea and vomiting, and pain in muscles, bones and joints, and the second week is the most dangerous, as bleeding occurs in all areas of the body such as vomiting and bloody diarrhea, to last ten days. Days during which death occurs, stressing that there is no specific treatment or vaccine for this viral disease so far.