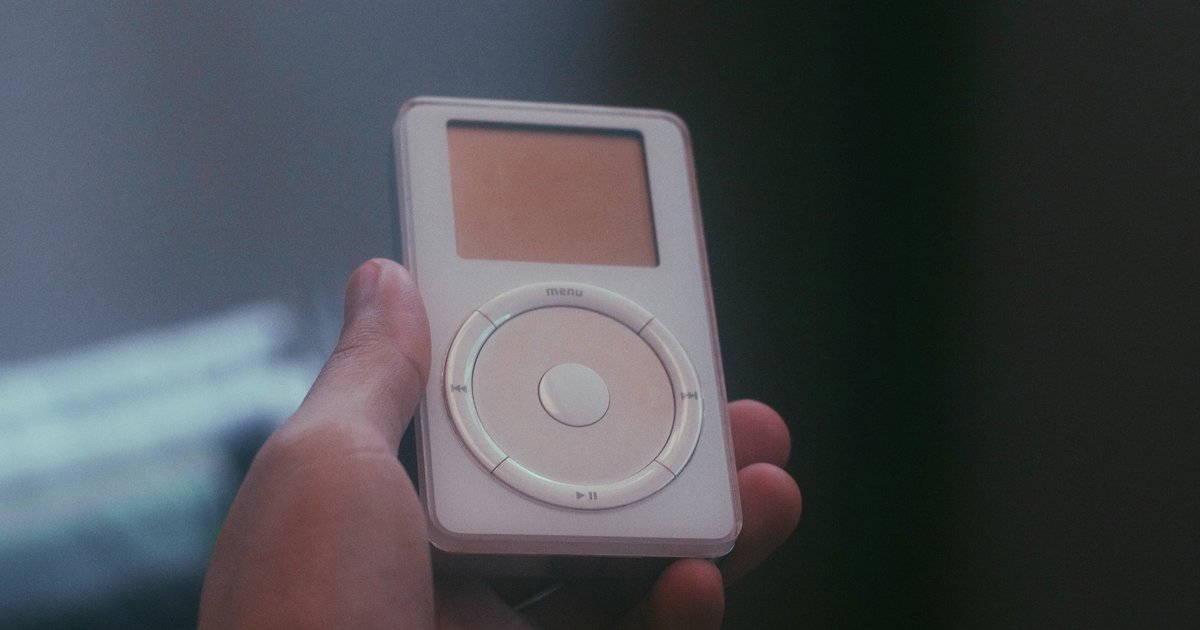 iPod is everything. We remember how the iconic Apple player conquered the world

The idea to create an iPod was born due to several factors at once. MP3 players already existed on the market in the late nineties, but they were all inconvenient. Small devices contained only a couple of dozen songs (there was not enough flash memory for more). Players with built-in hard drives offered much more storage capacity, but they were bulky and heavy (even bigger than CD players). In addition, navigation and user interface left much to be desired: finding the right track among thousands of others is not an easy task. The battery charge was enough for an hour or less.

Another problem was that music was transferred from the computer to the player via the very slow USB 1.1 standard. It could take up to five minutes to download 50 MB – a long time even by the standards of the end of the last century. It took several hours to transfer thousands of songs.

Steve Jobs assessed the state of the young market for MP3 players and realized that Apple should create its own device in this segment. Such a player would encourage people to buy the company’s main product – the Macintosh, the CEO believed.

The first step in creating the iPod was the purchase of the SoundJam MP digital music player. Apple programmer Jeff Robbin spent several months simplifying the service, which was eventually renamed iTunes. For fast data transfer, the company already had a solution – the FireWire standard allowed you to move an entire album from a PC to a player in just a few seconds.

A rare joint photo of Steve Jobs with top managers of Apple. Rubinstein is second from the left. Photo: Time

Further, employees of the “apple” corporation began to look for components for a revolutionary device. The hard drive was found almost by accident. In February 2001, Macworld was held in Tokyo, where Toshiba had a booth. Apple engineer John Rubinstein went there and saw a tiny 1.8-inch HDD with a capacity of 5 GB (competing players of that time had 2.5-inch hard drives). True, Toshiba had no idea what these hard drives could be used for. But Rubinstein immediately came up with a use for them.

Rubinstein soon hired a small team of engineers and designers to develop a potential hit. Time was short: Jobs wanted to release the player in the fall. The components were sorted out quickly: hard drives were ordered from Toshiba, batteries from Sony, control chips from Texas Instruments. The basic software came from Pixo, the company that developed the operating system for cell phones of the time.

One of the main problems remained low autonomy, but it was also solved. On other MP3 players, the hard drive would spin while playing songs, draining the battery quickly. Apple decided to load several songs at once into a memory chip bank (32 MB), which consumed much less power. The HDD, on the other hand, was temporarily put into sleep mode until it was “woken up” to download a new portion of songs. This allowed the iPod to work up to 10 hours.

The iconic control wheel was introduced to the iPod thanks to Phil Schiller, Apple’s senior vice president of global product marketing. Other players had physical buttons that sometimes had to be pressed dozens of times to get to the desired track. However, even a single menu scroll was often enough to control the iPod. The merit of Schiller is really great, because it was he who presented the wheel to Jobs. However, an Apple employee did not invent an innovative solution: a similar content management principle was used both in computer mice and in old workstations (for example, Hewlett Packard 9836). 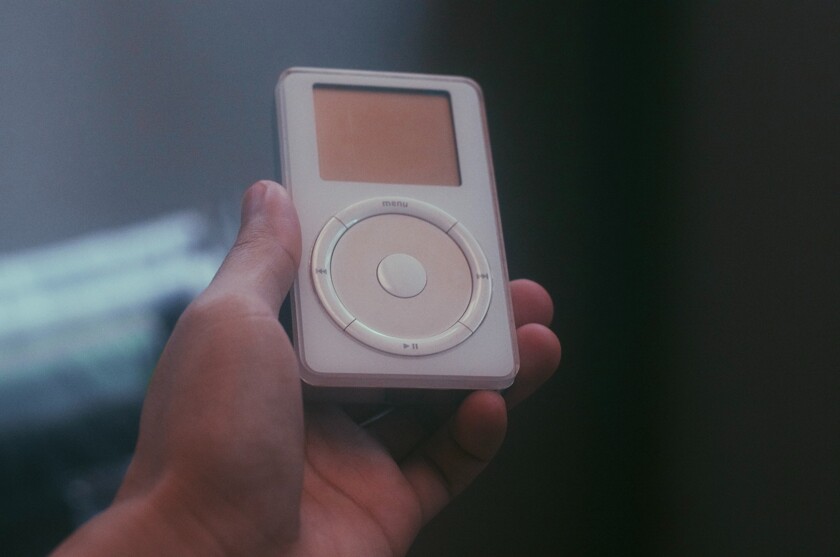 The name iPod was suggested by freelance copywriter Vinnie Chieko from San Francisco. He relied on two things. Firstly, the naming should not have hinted at the music, because this hint was already in the slogan “1000 songs in your pocket”. Second, Jobs constantly described Apple’s digital hub strategy, where the Mac is the central connection point for other gadgets. Because of this description, Chieko imagined the spaceship from Kubrick’s 2001: A Space Odyssey. One of the characters in the film is a computer with artificial intelligence HAL 9000 (it was called a pod). It remained only to add the prefix “i”, as in the iMac, – and a simple, memorable name was ready.

On October 23, 2001, Jobs unveiled the finished product at a special event at Apple headquarters. “This is a big, big breakthrough,” the company’s CEO told the assembled reporters.

The first model weighed 185 grams and was only 2.4 inches wide – in terms of dimensions, the player resembled a deck of cards. The 5 GB hard drive held about a thousand songs, and navigation was done using a handy mechanical wheel. True, innovations had to lay out a decent amount: the first model was sold for $ 399.

Already in March next year, Apple released a player for those who lacked the standard amount of memory. The 10 GB version cost $100 more. Four months later, a model with a touch wheel and a 20 GB hard drive entered the market – the price remained the same ($ 499).

In April 2003, the model was further improved: four mechanical buttons appeared between the display and the wheel, and the usual connector was replaced with a more recent 30-pin one – it was convenient to put the player on the docking station with it. However, the maximum storage capacity has increased to 40 GB.

The development of electronics made it possible to significantly reduce the size of the player already in 2004. The new version, called the iPod Mini, has become comparable in size to a business card. The thickness of only half an inch delighted the users of that time.

Despite the tiny size, there was a 4 GB drive inside. And the player came out immediately in several additional colors – gold, pink, blue and green. The body was made of anodized aluminium. 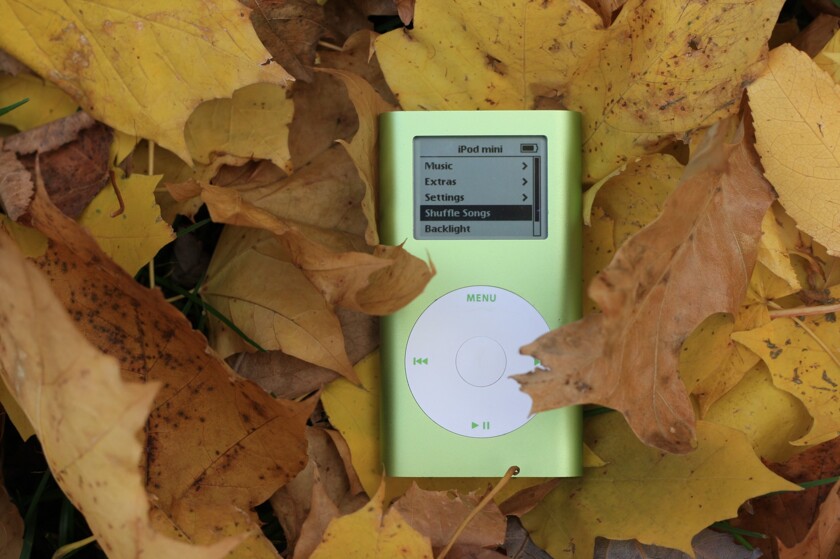 The touch wheel was also updated with mechanical buttons that could be clicked to switch, stop and rewind tracks, as well as to open the menu.

Apparently, even the iPod Mini seemed too big to the Cupertinos, and they decided to make it smaller. In 2005, the iPod Shuffle, a music player the size of a pack of gum, saw the light of day. For the sake of reducing the dimensions, they abandoned everything: there was no screen, and the touch wheel was replaced with a mechanical one. The maximum amount of memory fell to 1 GB, but the price also dropped: the baby was given away for only $ 149. At the same time, the gadget could play music for 12 hours without interruption. 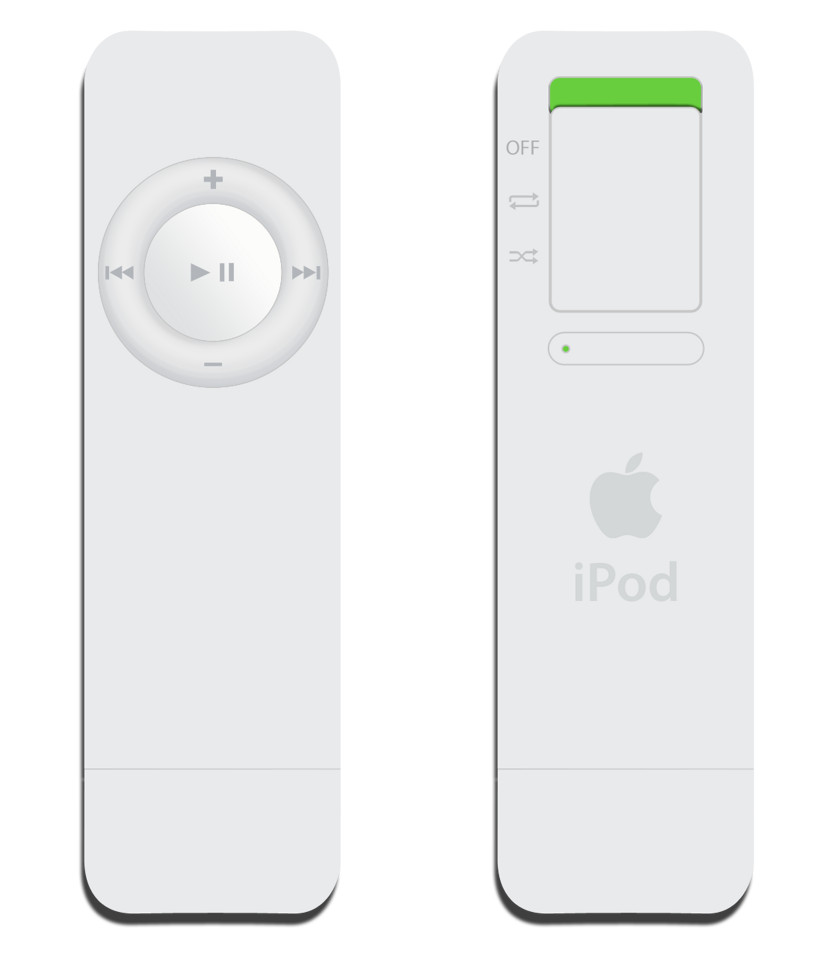 In September of the same 2005, Steve Jobs took the stage during another presentation and pointed to a small pocket in his jeans. He jokingly asked the assembled journalists what this pocket was for. So the CEO, to the laughter and applause of the audience, introduced an even smaller version of the iPod Nano player. 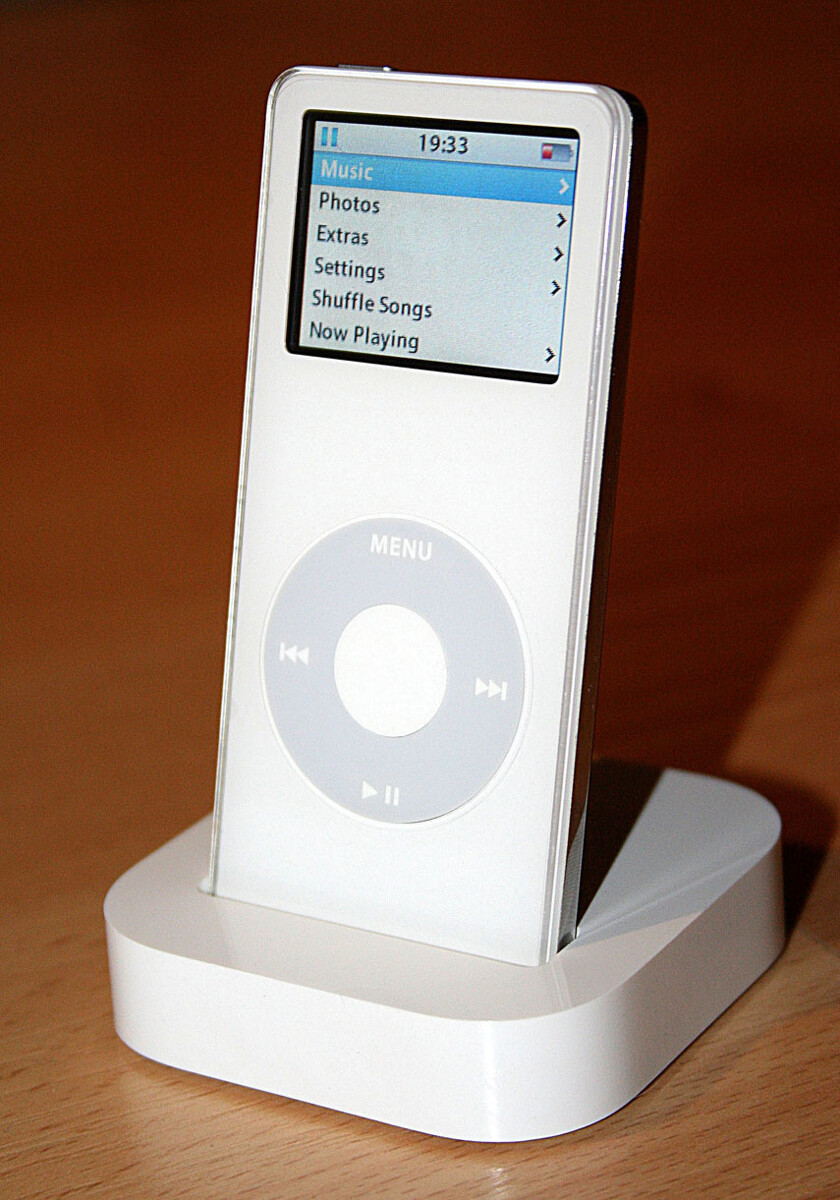 “iPod Nano is the biggest revolution since the original iPod. A huge number of people worked on it for long, long months,” Jobs boasted before pulling the 1.6-by-3.5-inch device from his pocket.

The new player differed not only in size, but also in the presence of a color screen. Thanks to this, users were able to upload photos and videos to the device. The battery lasted for 14 hours of listening to music. The 4 GB version sold for just $250. A year later, an 8 GB version will also be released at the same price.

The release of the first iPhone largely determined the vector of development of all smartphones. Touch screen phones quickly gained worldwide popularity, gradually replacing outdated push-button dialers. However, in September 2007, Apple released not only the iPhone, but also the iPod Touch. In fact, the new version of the player differed from the innovative smartphone only in a couple of nuances. The player did not have a GSM module, and the back cover was metal. 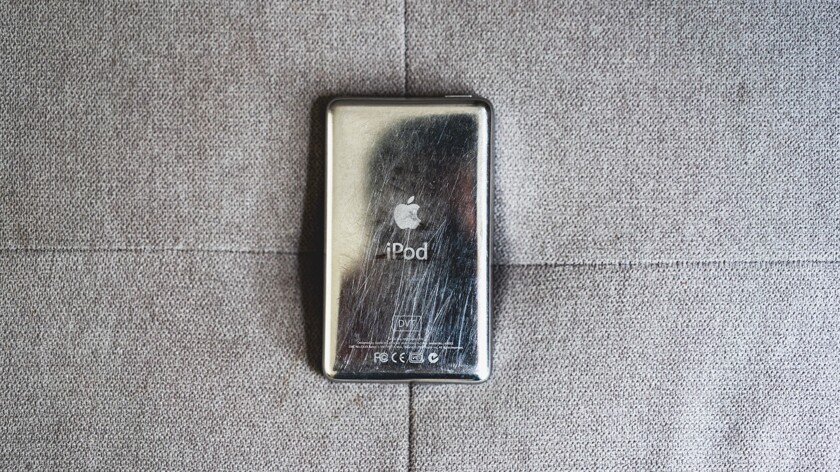 All subsequent iPod Touch models up to the seventh generation followed the same algorithm. These devices almost completely copied the capabilities of the latest iPhones, but did not know how to make calls and received weaker camera modules.

One screen and nothing more

The sixth generation of the iPod Nano can be considered the ancestor of the Apple Watch. This square player with a touch screen almost the entire front panel clearly resembled a smart watch. Third-party manufacturers even produced special straps that could be attached to the back clip. And all this in 2010, five years before the release of the first smart watch from Apple!

Users could watch photos and videos on a small screen, turn on the radio, change dials. For the 8 GB version, manufacturers asked for $149, and for the 16 GB model, $179.

The 7th generation iPod Touch is the latest iPod released by Apple to date. Then the company for the first time in four years updated its proprietary player. The most advanced version was equipped with an A10 processor and 256 GB of memory. The device came out in six colors: blue, pink, silver, gold, gray and red.

Why is it time to say goodbye?

Representatives of the company have already answered this question. The fact is that in the modern world most users do not need a player. It is much more convenient to listen to music from a smartphone than to carry an additional device with you.

“Introduced more than 20 years ago, the iPod has captivated users around the world with the ability to take their music with them on the go. Today, this capability is integrated across the entire Apple product line. With the Apple Music app, users have access to over 90 million songs and 30,000 playlists.

However, you can still buy an iPod. Apple has promised to sell all inventory through its own stores and authorized resellers. But the company will not release new iPods.