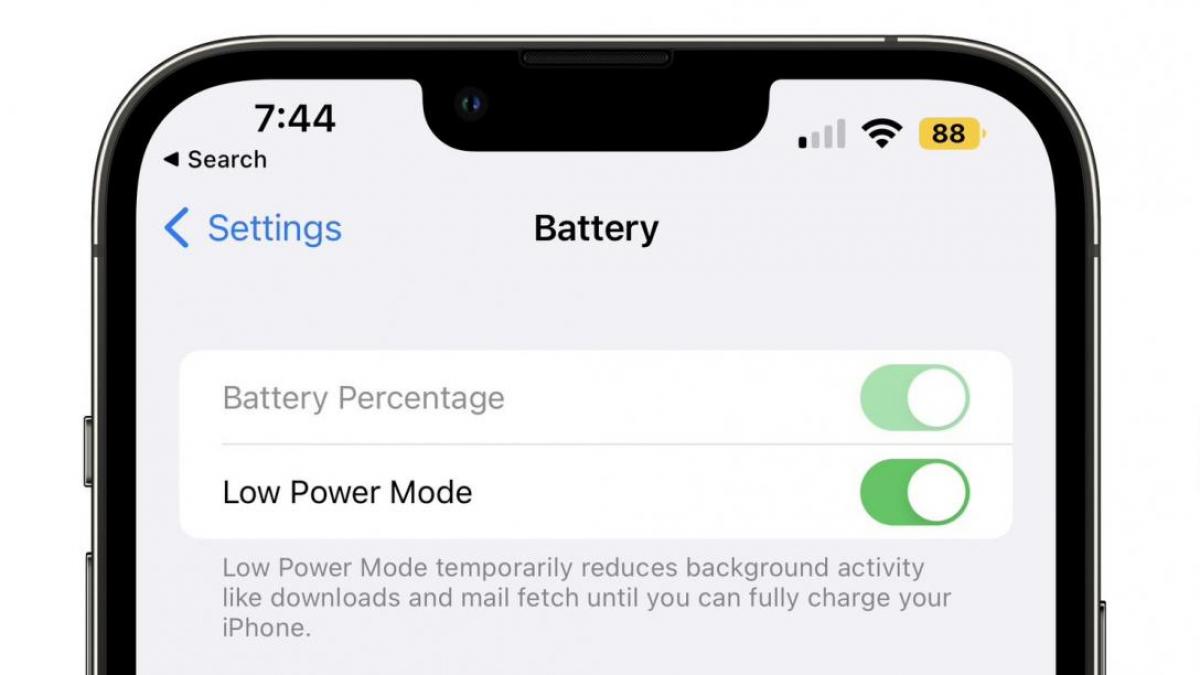 iPhone, the battery percentage returns with iOS 16. But not on all models: here are those excluded

Apple backs off, the battery level with the new iOS 16 system (now in beta) will also be visible on the homescreen without entering the control center or using a widget. Not all iPhones will be able to do this though

A small change for iPhones but apparently very welcome by users. With iOS 16, the new operating system coming to iPhones in September (here are which models), Apple has finally brought back the battery percentage in the status bar, top right. A small but useful number, especially for those with dead phone anxiety. The percentage had disappeared with the arrival of the iPhone X, which led to the infamous notch or notch in the iPhone, or the cutout in the screen that restricts the useful space for the status bar. The percentage was only accessible “by estimation”, by observing the battery bar decreasing. Or, to get a precise number linked to the remaining autonomy, by pulling down from the top right corner and entering the control center of the iPhone. Or again, by placing a widget on the homescreen. With iOS 16 things will return to the pre-iPhone X era, at least as we understand with the latest version of the “beta” of iOS 16, made available to developers on Monday 8 August (soon also in the public beta, accessible to all ).

How does it work

Starting from the beta 5 of iOS 16, accessible to everyone with the procedure that allows you to install a beta of the operating system for the iPhone, the battery percentage will remain disabled by default. However, it will be sufficient to go to Settings, choose Battery and check the “battery percentage” option. The number will thus become visible inside the battery icon, which remains white (or black) in normal mode, yellow in energy saving mode, green when the iPhone is charging.

Which models are excluded

However, according to what emerged from the beta, the battery percentage will not rise again on all iPhones upgradeable to iOS 16. Some models seem to be excluded, apparently for the small screen size (the mini) or for other less clear reasons. The option will be activated on:
– the new iPhone 14 coming (what will they be like? Latest rumors)
– all iPhone 13 except iPhone 13 mini
– all iPhone 12 except iPhone 12 mini
– iPhone 11 Pro, iPhone 11 Pro Max
– iPhone XS, iPhone XS Max
– iPhone X.
From the beta it therefore seems that the battery percentage indicator on the homescreen will not be available on iPhone XR, iPhone 11, iPhone 12 mini e iPhone 13 mini. Being a beta, things could still change.
We remind you that the beta version of iOS, like all betas, should only be installed if you are “aware” users and always remembering that, due to its beta nature, it can lead to malfunctions and even serious bugs. If you decide to do this, you need to have a backup of your data available and it is still wiser not to do it on the iPhone you use every day as your primary phone.