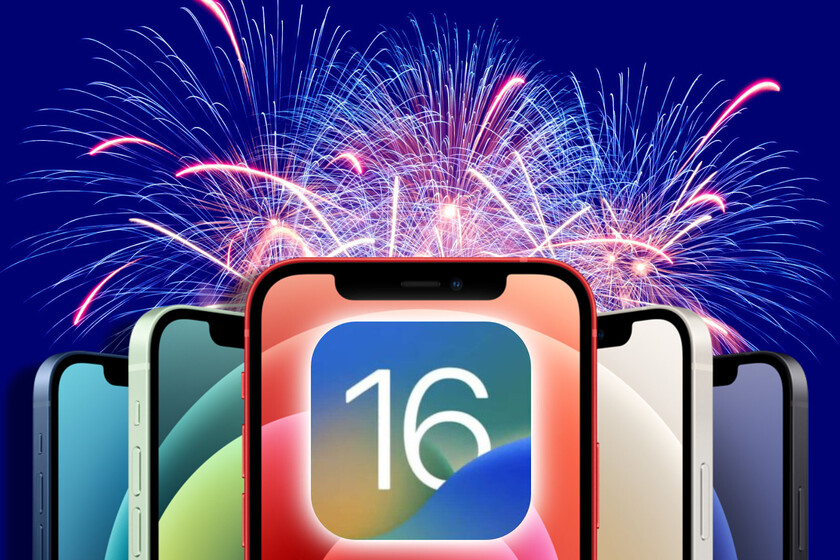 iOS 16 has given me back the excitement for the iPhone

It is curious the power that software has to completely change our devices. In the case of iOS 16, we are facing one of those versions, not only does it change a few things here and there, but it is also capable of conveying some feelings. In my case, in these two weeks using iOS 16, I can say that I’m feeling excitement again when using my iPhone. Something he hadn’t felt in years.

An iOS 16 that suits us more than ever

If there has been a constant criticism of the iPhone, it has been the lack of customization of iOS. Beyond the anger that iOS 16 has caused some users, this software version ends more than a decade of immobility on the iPhone lock screen. And that has much more impact than it seems at first glance.

It is true that I would have liked to have these options before. Long before. But as Apple is wont to do, the company tends to associate big changes in software with big changes in hardware. And vice versa. This is how we understand that the new lock screen leads us to the iPhone 14 Pro and its always-on screen.

This new feature reminds me a lot of watchOS faces. In fact, we can modify the lock screen of the iPhone by keeping it pressed, at which point an animation will throw it back and a carousel with more screens will appear. We can even add widgets as clock complications. Exactly the same as on the Apple Watch. And I liked that familiarity.

There are plenty of other features in iOS 16 that add further customization, like the new focus modes associated with our lock screen.

The new lock screen goes beyond simply exchanging funds. We can change the font of the text we see, its thickness, color and size. The widgets are also customizable (or removable) and the background photos adapt to the interface. It is very easy to place a photo of our pet, relatives, nature or urban landscapes, because the iPhone has these pre-established categories to facilitate customization. All of this is done in such a way that I am enjoying myself immensely while trying new combinations. At first glance, it may seem to many that iOS 16 is nothing more than a new hat, as the one who introduced the Malibu Stacy doll to face the one created by Lisa Simpson in the famous cartoon series. More of the same, only in a different color. In a way it is, but we would be ignoring the depth of the change that it means for the iPhone.

Android platform phones have long had more advanced customization features than the iPhone. Here Apple has opted for an approach very his own: open the options, but in a supervised way. Without the chaos and paralysis that endless options unleash. When you give a more defined set of options, it is easier for the user to adopt a new function.

Faced with the chaos that an unlimited customization system would entail, Apple has created one that maintains the essence of the iPhone

See also  This strange smartphone has two screens and is indestructible

In the future, we can expect the entry of unofficial widgets from developers. Just like we have third-party complications on the Apple Watch. But not an open and unlimited customization, where the essence of iOS, its design and character are diluted. That is the real challenge that Apple has overcome with the new iOS 16 lock screen.

After the opening that iOS 14 meant to the customization of the Home through shortcuts and widgets, it was clear that users craved that change. Making our devices feel ours is very human. And Apple is listening to users, serving these needs. Yes, in its own way.