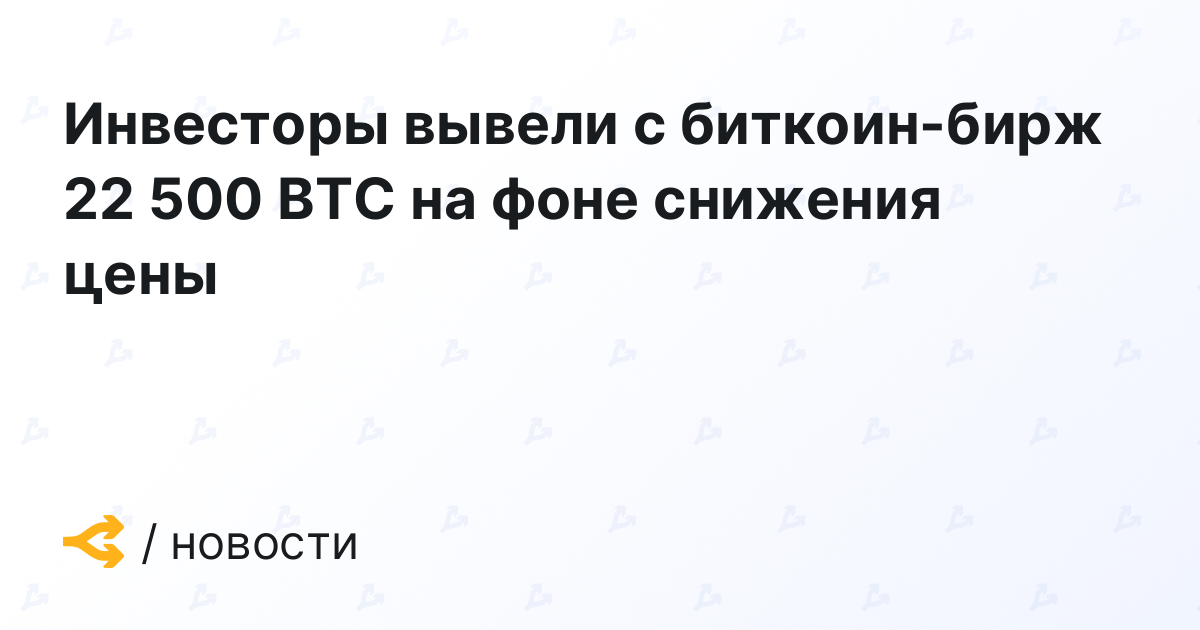 Against the background of the market correction on June 7, users withdrew 22,550 BTC from cryptocurrency exchanges. This was announced by the chief investment officer of Moskovski Capital Lex Moskovsky, citing data from Glassnode.

According to the expert, this is the largest net capital outflow from bitcoin exchanges in 2021. At the time of writing, the withdrawn coins are worth approximately $ 711.5 million.

The outflow of assets from trading platforms often precedes the growth of the cryptocurrency. For example, in December 2020, investors moved 270,000 BTC to non-custodial wallets – that month, the price of bitcoin increased by almost 47%.

According to Glassnode, there was a massive inflow of funds to exchanges in May 2021. Over the month, the price of the first cryptocurrency fell by almost 36%, at the moment it dropped below $ 35,000.

At the same time, long-term Bitcoin holders continued to build up their positions. During May, they purchased 199,492 BTC more than they sold.

Moskovsky added that news of digital gold being used as legal tender could turn the market bullish.

Bitcoin as legal tender is a powerful narrative.

Enough to counter any bearish sentiments.

Recently, President of El Salvador Nayib Bukele announced that the government will pass a bill that will make the first cryptocurrency a legal form of money in the country.

Bitcoin Magazine analyst and author Jan Wüstenfeld [Jan Wuestenfeld] noted that the investment director could be wrong. According to him, the Kraken cryptocurrency exchange is most likely transferring assets to a new wallet – a similar movement of funds could be observed on Sunday.

It is same as on Sunday most likely just Kraken moving coins to a new wallet.https://t.co/3QtuXOJ1NG

Earlier, ForkLog wrote that the whales took advantage of the market correction of the market to build up their positions. The number of Bitcoin addresses with balances from 100 BTC to 10,000 BTC has been growing for two and a half weeks, and large Ethereum holders do not sell assets.

Recall that in February, against the background of a fall in prices, almost 25,800 BTC were withdrawn from Coinbase in two tranches. Some experts considered that these were purchases of digital gold by large players in the fall, which they made in the OTC market.

Subscribe to ForkLog news on Telegram: ForkLog Feed – the entire news feed, ForkLog – the most important news, infographics and opinions.