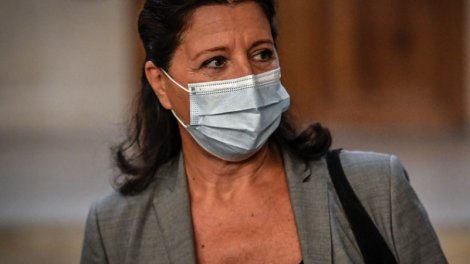 Investigation into the management of Covid-19: the indictment of Agnès Buzyn canceled

The former Minister of Health was indicted for “endangering the lives of others” by the Court of Justice of the Republic (CJR). But the Court of Cassation overturned this decision, arguing that Agnès Buzyn was not subject to “a particular obligation of prudence or security”.

The former Minister of Health Agnès Buzyn, who had resigned in February 2020, had been under investigation since September 2021, by the CJR, for “endangering the lives of others” in its management of the Covid-19 epidemic – The CJR judges the ministers for criminal acts committed in the exercise of their functions -.

The Court of Cassation announces, Friday, January 20, that it cancels this indictment. “The offense of endangering others can only be charged against a person if a law or regulation imposes on him a particular obligation of prudence or security”explains the highest French court.

“This obligation must be objective, immediately perceptible and clearly applicable”. “However, none of the texts to which the commission of instruction” of the CJR referred to examine “the former Minister of Health does not provide for any particular obligation of prudence or security”, indicates the Court of Cassation in sun press release. Agnès Buzyn’s lawyer, Me Éric Dezeuze, did not wish to react.

Buzyn defends himself from any breach

Agnès Buzyn was Minister of Health between May 2017 and February 2020, at the start of the Covid epidemic. She challenged her indictment, as well as the content of an expert report and the regularity of her hearings. Her request having been rejected by the investigating committee, she appealed in the spring of 2022. Agnès Buzyn has always defended itself for not having acted when the coronavirus outbreak originated in China and gradually spread to Europe.

“Not only had I seen but warned. I was, by far in Europe, the most alert minister. But everyone did not care”, according to remarks reported last October by the daily The worldwho had obtained a diary written by the ex-minister from the end of 2019 to the summer of 2021.

However, it remains placed under the more favorable status of assisted witness for voluntary failure to fight a claim.

The magistrates of the CJR, have been investigating since July 7, 2020 the government’s management of the crisis, after having received several complaints denouncing in particular the lack of protective equipment for caregivers and the population, or even the errors on the necessity or not to wear masks. In this case, the former Prime Minister Édouard Philippe was placed under the status of assisted witness for endangering the lives of others and voluntary abstention from fighting a disasterfollowing a hearing at the CJR in October 2022. The former Minister of Health Olivier Véran, now government spokesperson, is also targeted by this instruction but has not yet been heard .