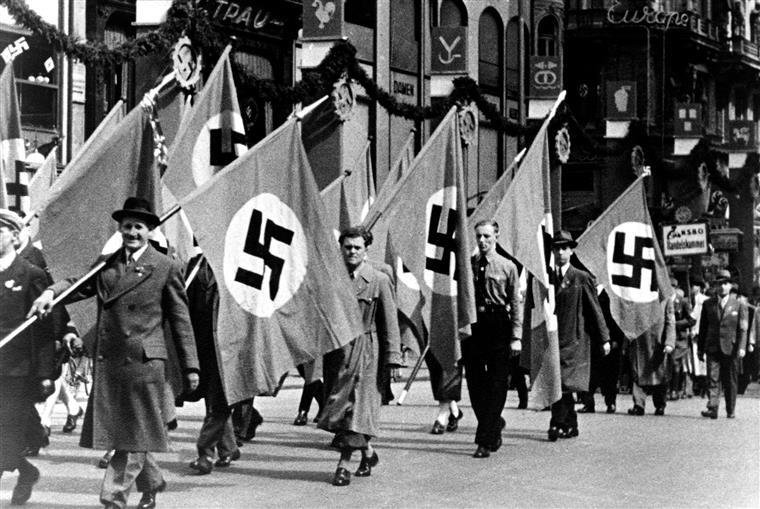 
Dozens of neo-Nazi groups that are scattered along the west coast of the United States of America (USA), western Europe and even some regions of the Baltic States were preparing a series of armed attacks. The news comes after an investigation carried out by Politico, together with the German newspaper Welt am Sonntag and the newspaper Insider, and which was published this Wednesday.

The work on organizations of far-right groups, which lasted about a year, involved investigating online forums and analyzing more than 98,000 messages exchanged between young people belonging to those organizations, as well as videos and photographs. Among them, investigators and journalists discovered “kill lists” and even tutorials on how to make homemade bombs and create weapons parts using 3D printers, in addition to the death threats made to various politicians and journalists. Some of the group members are 16 years old

The groups have as reference names inspired by the propaganda of the Nazi party, of the dictator Adlof Hitler. One of the groups, for example, introduces itself as “Feuerkrieg” (War of Fire).

One of the young people, identified in the investigation as LukasF, aged 17, was born in Belarus and is living in the German city Potsdam. One of the photographs taken shows the young Nazi in a war vehicle, with one of his brothers and his father, a Kazakh of German descent.

The investigation highlights the difficulty of the authorities in combating these neo-Nazi groups, since when one of them is exposed and closed, others appear. One of the reasons for the easy reorganization of the members of these groups is related to the absence of a fixed headquarters. Groups move much more through the internet.