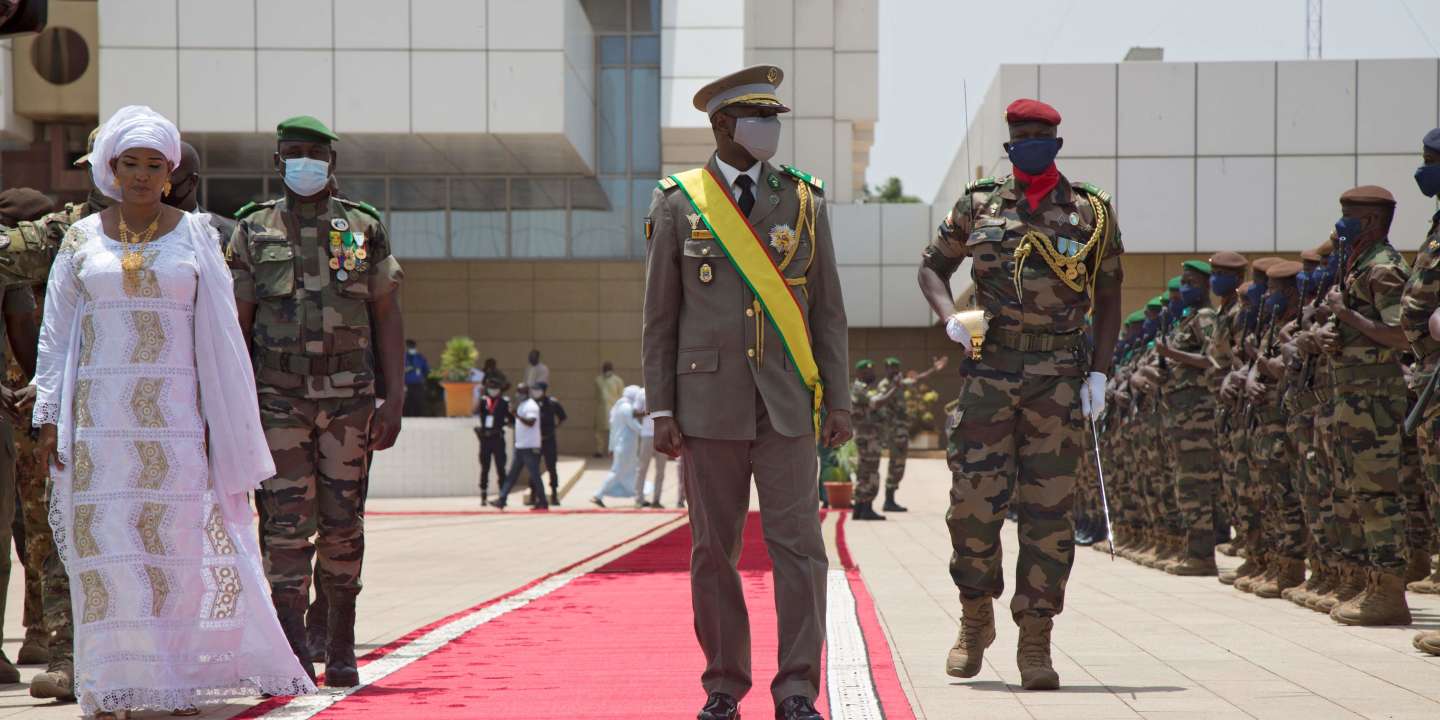 A full circle and a clarification. Monday, June 7, after his second coup in nine months, Colonel Assimi Goïta, 38, changed from camouflage fatigues to ceremonial uniform, was officially invested as president of the transition by the Supreme Court of Mali .

A few hours later, the new head of state lifted the little mystery that remained about the name of his prime minister by appointing Choguel Kokalla Maïga, the president of the strategic committee of the June 5 Movement-Rally of Patriotic Forces. This grouping of opposition organizations and parties started the popular protest against President Ibrahim Boubacar Keïta, known as “IBK”, in the spring of 2020, “completed” by the putsch of Colonel Goïta and four other officers.

Since then, the civil power, which was to mask the preeminence of the military, has also been overthrown and, after “This coup d’etat in the coup d’etat”, in the words of French President Emmanuel Macron, the two killers of the “IBK” regime now find themselves at the head of the country.

Anxious to free himself from the pressure of the international community, Colonel Assimi Goïta, during his swearing in, promised “The organization of credible, fair and transparent elections on the scheduled dates [le 27 février 2022] » and “The intelligent and efficient implementation of the peace agreement ” from Algiers – signed in 2015 with ex-rebel groups in the north of the country.

A profile that worries

Silenced during Monday’s ceremony, diplomats condemned the May 24 coup, excluded Mali from African bodies and, for some, taken some sanctions – the suspension of its bilateral military cooperation for Paris. But in the end, they could only watch, helplessly, its main instigator being proclaimed president. France, like the African Union (AU) and the Economic Community of West African States (ECOWAS), have not yet lifted their restrictive measures.

Article reserved for our subscribers Read also Mali: Paris suspends its military cooperation with Bamako in order to put pressure on the junta

The new head of state has verbally complied with the main claims of international partners. But all are waiting for actions to follow. The ECOWAS mediator, Goodluck Jonathan, is expected in Bamako on Tuesday.

The profile of the new prime minister, Choguel Kokalla Maïga, worries some. Formed in Belarus and in Russia, he was of all the powers and all the oppositions; this political professional has shown in his twenty-five-year career a certain ability to adapt to events. Defender of the work of dictator Moussa Traoré, who, a few months ago, nevertheless qualified the institutions of the transition as “Disguised military regime”, the finally “Congratulations on the new dynamic of rectification”, when the putschists ousted President Bah N’Daw and his prime minister, Moctar Ouane.

You have 45.17% of this article to read. The rest is for subscribers only.