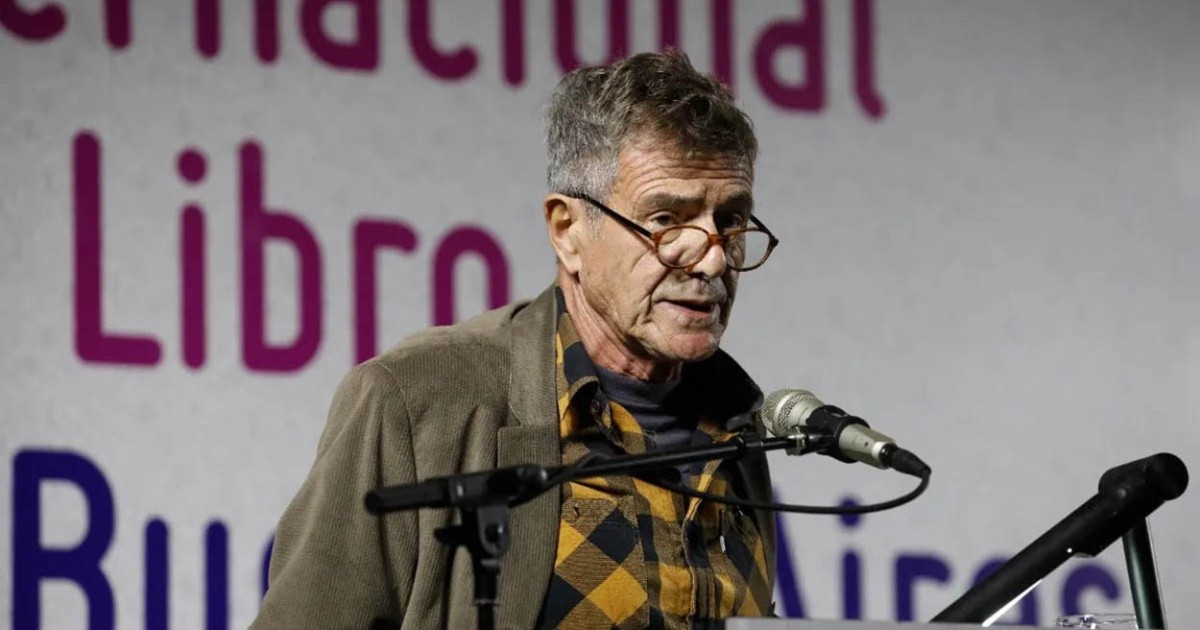 Guillermo Saccomanno appeared on Thursday night at the official opening of the Buenos Aires Book Fair with a provocative speech. The author took charge of one of the most urgent claims of recent times in the culture sector: charge for intellectual work.

“To say Fair implies to say trade. This is a Fair of the industry and not of the culture”, he stated in one of the first moments of his presentation.

As soon as he took the microphone, Saccomanno warned: “Some won’t like it.”. With humor and irony, she lashed out at everyone. “I take the risk of being misunderstood and judged as a killjoy,” she added.

In that sense complained that the author of a book takes 10% of the commercial value: “The publisher owns a blood bank made up of an arsenal of titles always published under unfavorable conditions for those who they end up practically donating their work”.

He also criticized the site where the event takes place, La Rural: “The Fair always generated tension in me. And not only because one comes across an insulting Martínez de Hoz pavilionwhich pays homage to the slaver and looter of indigenous lands, ancestor of the sadly famous economist of the last dictatorship”.

And I add: “It is clear, he cares more about the best-selling books, which, as is known, tend to be complacent with the quietist vision of power. Perhaps it is convenient that I clarify it: the literature that interests me, be it essay, poetry, narrative, illuminates, disturbs, bothers and subverts”.

The complete speech of Guillermo Saccomanno