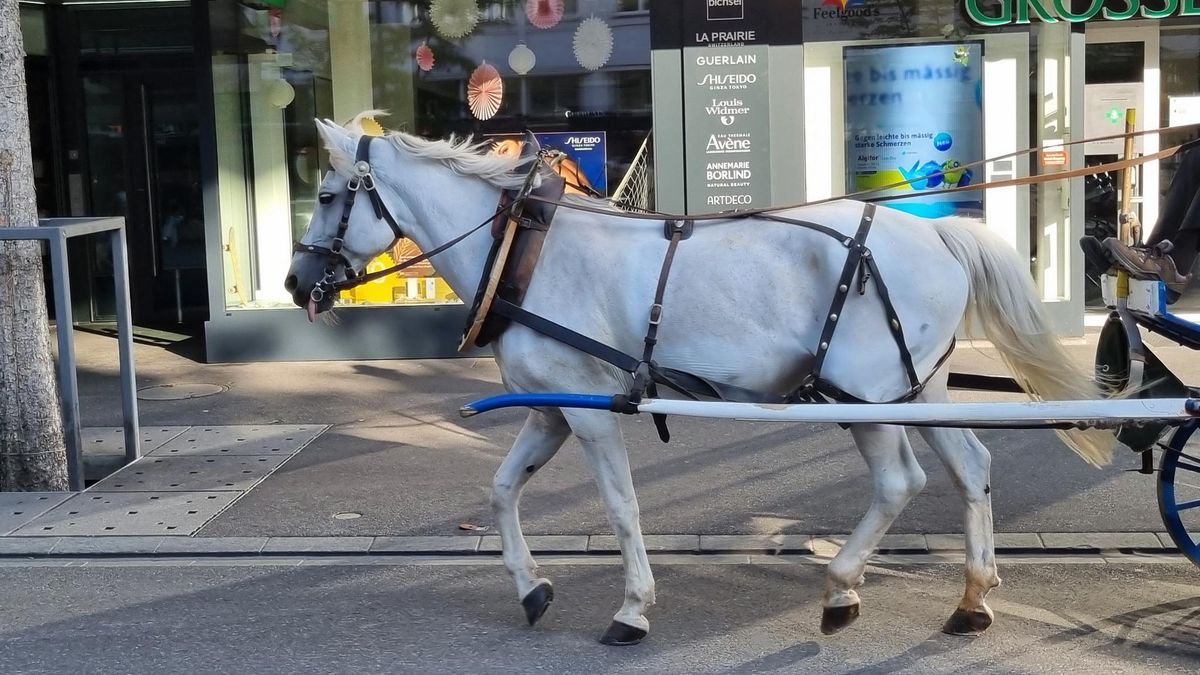 Interlaken BE: “Tongue hanging out of mouth” – how much do carriage horses suffer from the heat?

Interlaken BE: “Tongue hanging out of mouth” – how much do carriage horses suffer from the heat?

The horse-drawn carriages are part of the townscape of the tourist resort of Interlaken. But now they are the ones being criticized: the animal rights organization animal in focus posted a picture of a carriage horse on Facebook with the words: “Despite the sweltering heat, horses continue to be pulled to carriages. This individual had his tongue hanging out of his mouth. We have therefore informed the veterinary office. »

The post has been shared a hundred times. A heated discussion broke out in the comments column. Several users thank the association “for not looking away”. Someone remarks: «Something nonsensical. We’re not in the Middle Ages anymore!” Advocates of carriage rides, however, point out that horses are extremely resilient. One user writes: “Horses are not made of sugar. They don’t melt even at 34 degrees.”

The practice is also causing discussions in other tourism hotspots. In Berlin, for example, horses have not been allowed to pull carriages since 2019 when the thermometer shows more than 30 degrees in the shade.

“The allegations border on slander”

An experienced Interlaken provider of carriage rides, on the other hand, says: “The allegations border on slander.” Her horses would not be overexerted, she emphasizes to 20 minutes: “In the summer we take a break from two to five in the afternoon.” According to the keeper, the horses are changed regularly so that they work a maximum of four to five hours a day. “In Interlaken we also cool the horses with water from a hydrant.” You have already postponed carriage rides because it was too hot. She adds: “I cordially invite critics to get their own picture of the everyday life of our horses on our farm.”

“Every summer we receive countless reports”

The Bern Veterinary Office confirms that a report from Animal in Focus has been received. However, this is one of many. “Every summer we get countless reports of suffering draft horses in Interlaken,” said a spokeswoman for the veterinary office. These are mostly concerned citizens who believe that it is cruelty to animals when horses are harnessed to the carriages at these temperatures. “We have already checked the carriage drivers several times. So far we have not found any animal cruelty.”

The concern is based on ignorance, according to the veterinary office spokeswoman. One cannot conclude on the well-being of the animal based on the human sensitivity to heat. Horses are steppe animals and tolerate high temperatures better than humans, explains the communications officer. “I don’t see anything relevant to animal welfare on the Facebook picture. The fact that a horse is sticking its tongue out says little about whether the animal is under stress. If the horse were actually suffering from heat stress, it would sweat. White foam would then be visible on the fur and on the bridle.” However, this is not the case in the picture.

A temperature regulation like that in Berlin is not practicable, “because there are many different breeds that tolerate the heat differently,” said the spokeswoman. Accordingly, there is no fixed temperature mark that then applies to all horses.

See also  United States: The resignation of two lawyers from the Manhattan prosecutor's office casts doubt on the criminal investigation against Trump | International