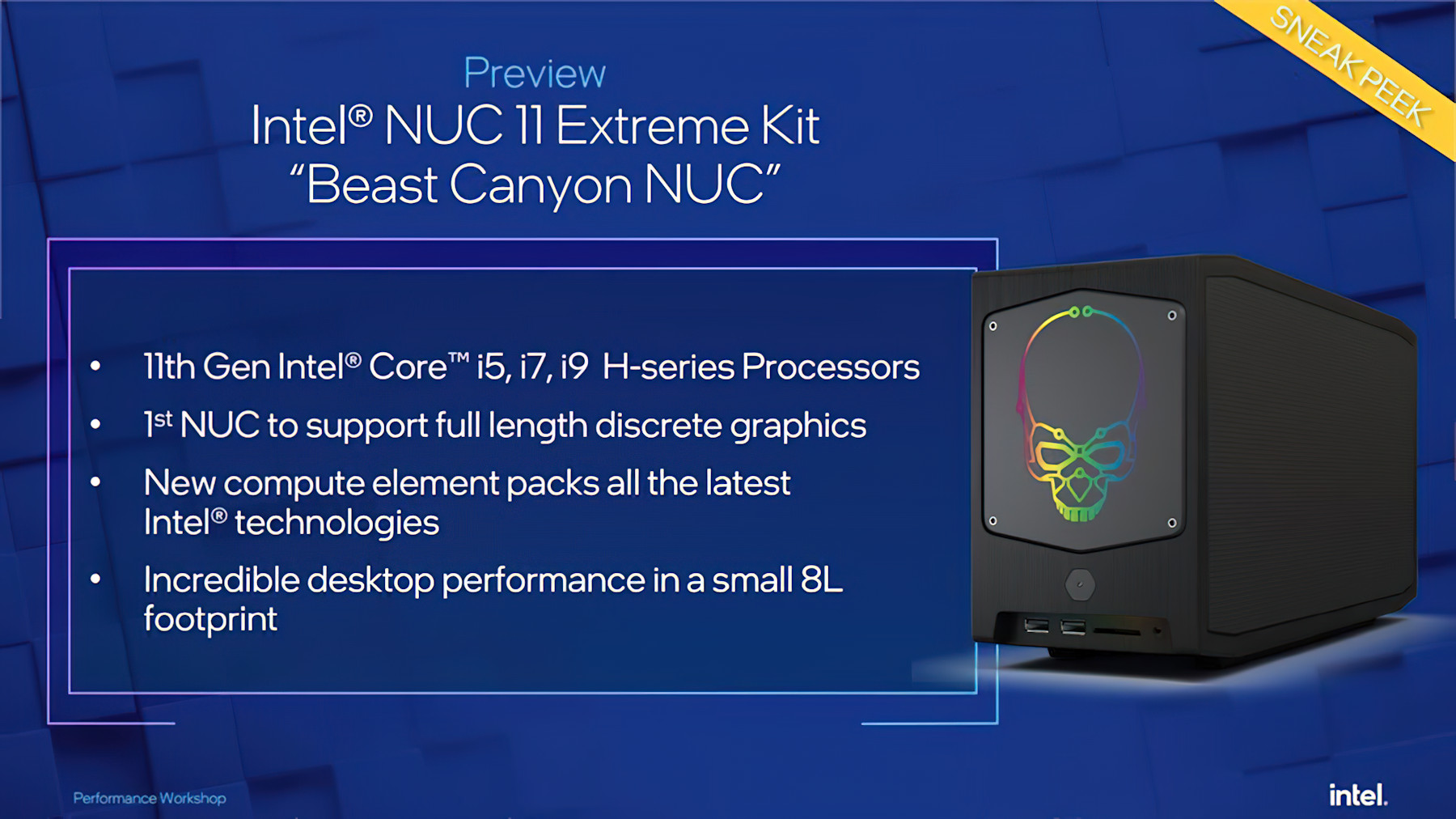 The first photograph of the upcoming compact Intel NUC 11 Extreme system (codenamed Beast Canyon) has been found online. The source claims that the NUC 11 Extreme has a Core i9-11900KB processor.

Earlier on the official Intel website, the technical characteristics of four chips from the Tiger Lake-B family were published: Core i3-11100B, Core i5-11500B, Core i7-11700B and Core i9-11900KB. They are analogs of mobile Tiger Lake-H for desktop systems, and among the main features are an expanded heat package up to 65 W and BGA performance.

The photo shows that the NUC is built around the so-called Compute Element, which is actually a “computer within a computer.” The main elements of the computing system are located in it: a processor, a board with system logic, RAM, M.2 drives, cooling and a set of interfaces. The Compute Element resides on an external motherboard, which is also designed to accommodate discrete graphics cards or other expansion cards.

The Core i9-11900KB is an eight-core multithreading processor clocked at 3.3GHz with dynamic overclocking capability up to 5.3GHz. The L3 cache is 24MB and the TDP is OEM configurable from 55W to 65W.

At Computex 2021, Intel confirmed that the Beast Canyon family will launch later this year. Foreign colleagues in this context talk about the fourth quarter.