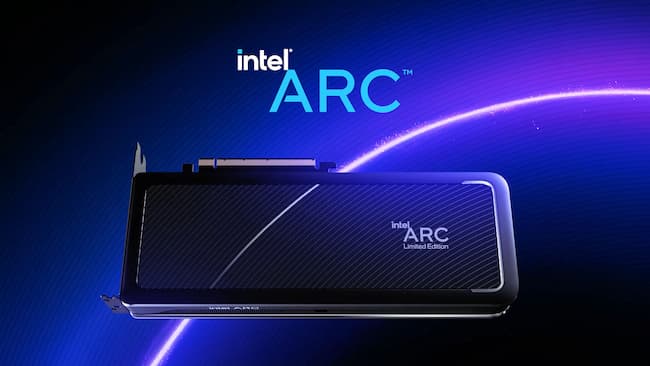 
There are only a few days left for Intel to hold its latest calendar evoking the arrival of its GPUs on desktop during the second quarter of this year… If until then pessimism reigned, some signals have turned green. So the company mistakenly posted a link on its website confirming that the entry-level GPU, Arc A3was going to be rolled out to desktops.

No excitement, however, if Intel has been “limited” on the dates, there is one area where the blues have been rather precise: the Arc A3 GPU series should first end up with the large OEM partners of Intel i.e. in pre-assembled PCs. The limitation does not stop there since they have also indicated that this launch would be limited to the Chinese market. These cards will then hit the retail market soon after through partner brands again. 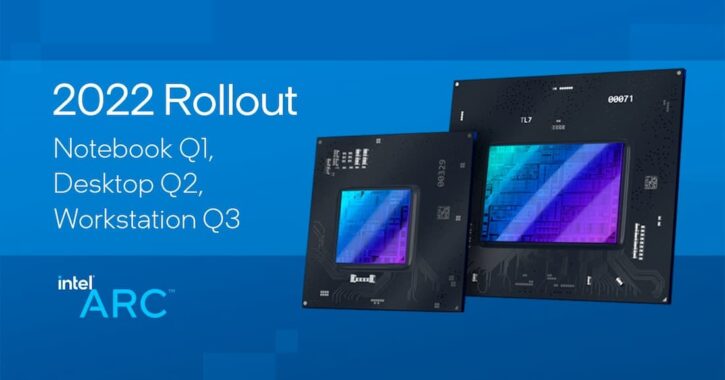 Regarding the most interesting models: the Intel Arc A7 and Arc A5, not really any changes and we are therefore expecting a launch this summer according to Intel. Needless to say, these delays and other procrastination largely explain the disappointing announcements from AMD and Nvidia at Computex.

Anyway, our first contact with an Intel GPU for desktop PC should take place within a few days. Most likely it will be through one of two models Arc A310 or Arc A380. These two versions both based on the ACM-G11 graphics chip with respectively 1024 and 512 coresas well as 6 Go / 4 GB of GDDR6 memory and an interface of 96 and 64 bit memory. Nothing to ignite but you have to start well and above all note that the entry level has been abandoned for some time, to say the least. Coincidentally, Nvidia is about to launch the GTX 1630…