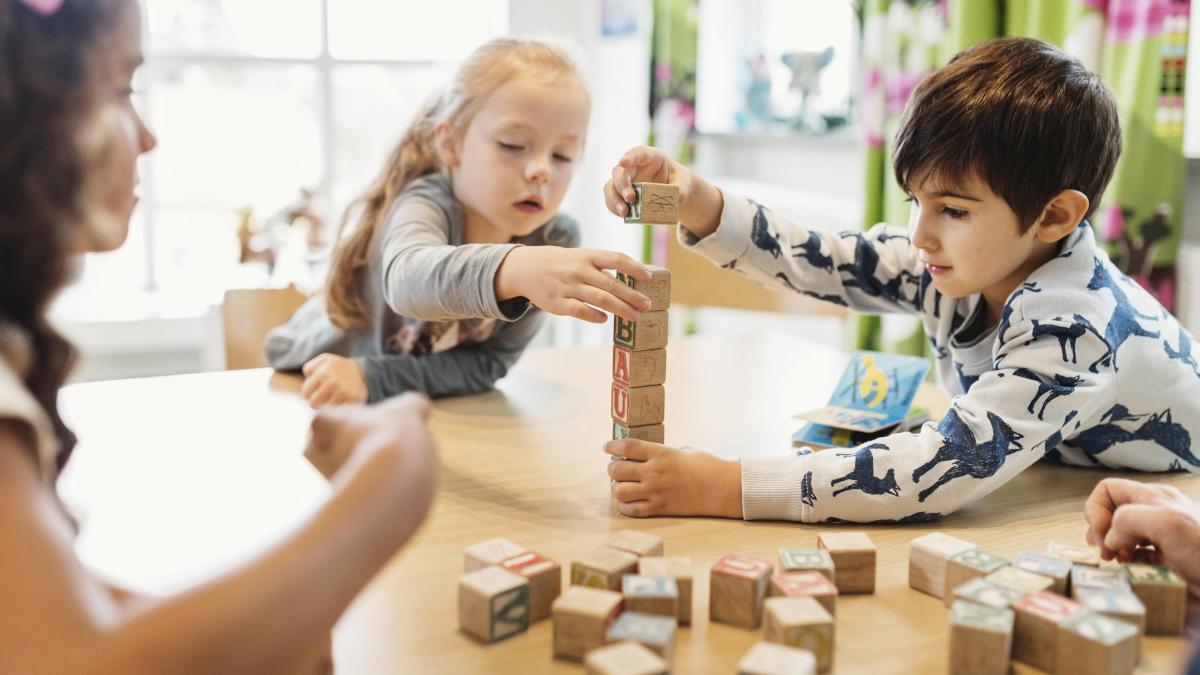 Now the traffic light coalition is making savings: the federal program for language day-care centers is being scrapped, of all things, after the upheavals of the corona pandemic and in the midst of the influx of refugees from Ukraine. Without the funding, the economy and the opposition see integration at risk.

OWithout a good knowledge of German, children already have disadvantages when they start school, which they will find difficult to catch up on later. It is all the more important to start language training in daycare – especially since 40 percent of all daycare children now have a migration background.

The federal government therefore launched the federal program “Focus on day-care centers on language and integration” in 2011 and the follow-up program “Language day-care centers: because language is the key to the world” in 2016. Day care centers with a high proportion of children in need of support can apply for 25,000 euros per year for an additional half-time specialist who will help to establish “everyday language training” in day care.

A program that is generally considered to be very successful: every eighth day-care center nationwide is now a language day-care center. 1.1 billion euros in funding have flowed since 2016, this year alone it will be 230 million euros.

In its coalition agreement, the Ampel government agreed to “further develop and consolidate” the funding program after it expires in 2022. But nothing will come of it now. During the budget negotiations, the language day-care center program fell victim to austerity measures. “The responsibility for child day care lies with the federal states and cannot be permanently financed by federal funding programs,” said a spokeswoman for the Ministry for Family Affairs. After eleven years of funding by the federal government, “the structures and approaches that have been created are now being handed over to the federal states”.

In addition, language education will be made a priority field of action in the “Good Daycare Act”, for which up to two billion euros will be made available in the federal budget in 2023 and 2024, according to the Ministry for Family Affairs. In this way, language support will be further strengthened. But Family Minister Lisa Paus (Greens) recently had to negotiate hard on this, although the continuation of the “Good Daycare Act” and the introduction of binding quality standards are clearly agreed in the coalition agreement.

Union wants to “do everything possible” to continue

The Union sharply criticized the decision to end the language daycare program. This means that a “program that has been highly praised and successful by the entire professional world is being stamped out, which is more necessary and important than ever in the current situation,” said family politician and deputy CDU chairwoman Silvia Breher WELT. Especially against the background of the corona pandemic and the many children from Ukraine who have fled to Germany, the language day-care centers are of great importance. “The behavior of the traffic light is not comprehensible,” says Breher.

“While the federal program ‘Live democracy!’ is lavishly endowed in the draft budget for 2023, the Scholz government seems to have lost sight of early childhood education, despite other full-bodied announcements.” The Union will “not accept” this step and will “do everything possible” to ensure that the successful and important Breher announced that the federal program could be continued.

Protest also comes from the Left Group. With the cancellation of the program, the federal government is leaving 6,900 day-care centers out in the rain, criticized child and youth policy spokeswoman Heidi Reichinnek. “This primarily affects day-care centers in deprived areas, where children are particularly dependent on support. In this way, the federal government is showing its true colors.”

The Berlin education senator Astrid-Sabine Busse (SPD) was disappointed by the discontinuation of the program. “Especially against the background of growing disadvantages during the corona pandemic, the promotion of children with special language needs is an important task and an obligation of politics,” she said. In Berlin, more than 300 day-care centers benefited from the program, and the scope of funding this year is 13.2 million euros.

Busse now hopes that the members of the Bundestag will still prevent the cut when the budget is voted on. In the event that the program cannot be saved, Berlin will “exhaust all possibilities” to secure the concept of extensive language support. “But it would be clear that the lack of funds would create a gap overall.”

The Berlin Chamber of Industry and Commerce has already warned of the end of language support. “In any case, the state of Berlin must continue to maintain the established structures for well-founded language support at locations and in districts with a high need for support,” said Vice-President Stefan Spieker, who is also the managing director of the daycare provider Fröbel. According to Spieker, the funding stop was a “severe disappointment” for Berlin’s economy. “Children are the skilled workers of tomorrow, and good early education is the most important foundation for a successful educational career.”

“Kick-off Politics” is WELT’s daily news podcast. The most important topic analyzed by WELT editors and the dates of the day. Subscribe to the podcast on Spotify, Apple Podcasts, Amazon Music, among others, or directly via RSS feed.