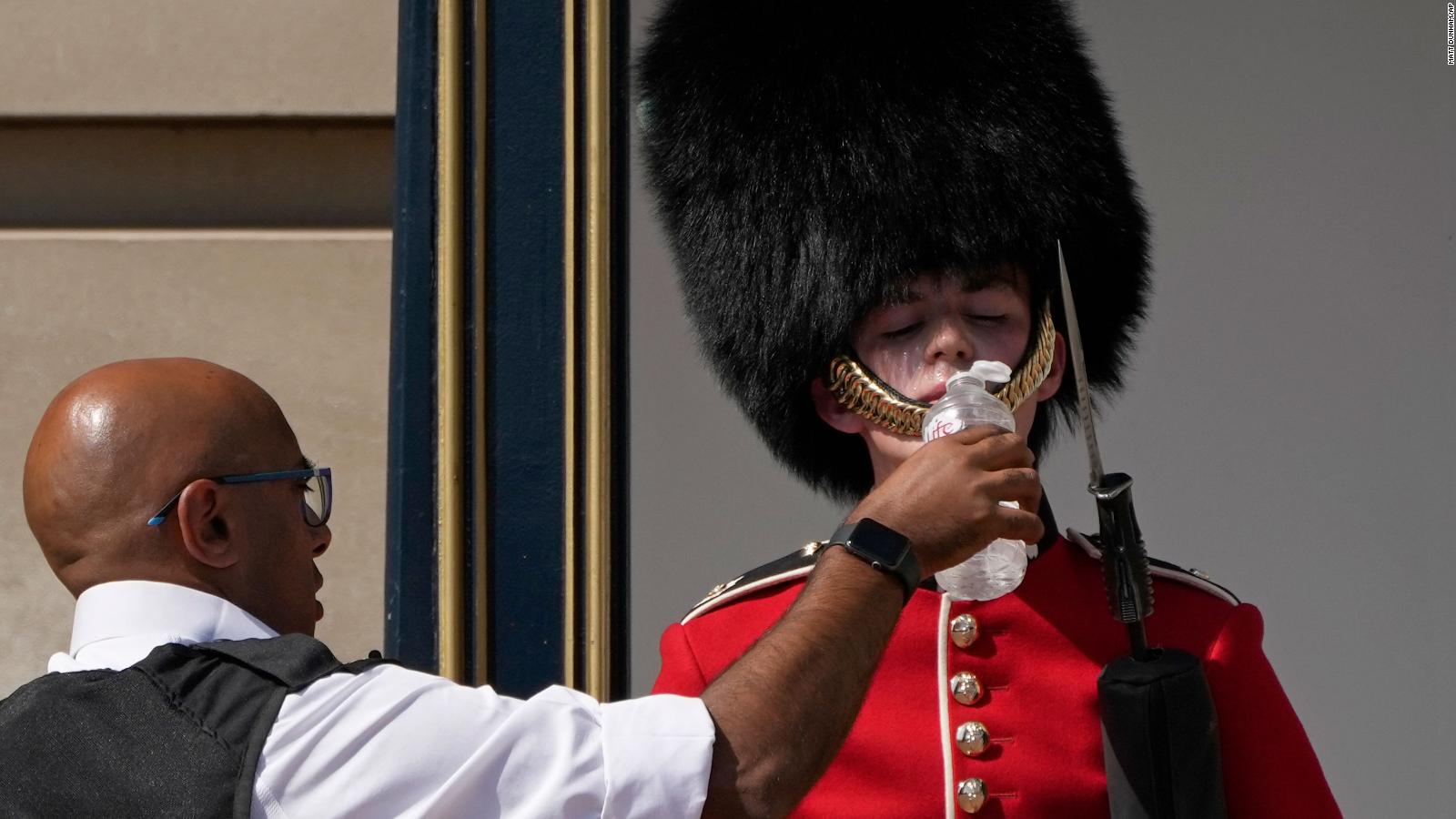 See this forgotten historic garden, discovered by a heat wave 0:50

Londres (CNN) — The recent UK heatwave was the “Great British Bake Off” nobody wanted, made at least 10 times more likely by man-made climate change, according to a new analysis.

But the World Weather Attribution (WWA) project, which authored the analysis, also says its results are likely to be an underestimate, warning that scientists’ tools have limitations and are creating a blind spot about the role humans play in climate change. heat waves.

Heat waves are becoming more frequent and longer around the world, and scientists say man-made climate change influences all of them.

The most difficult question to answer is: “To what extent?”

To determine the human influence on extreme heat, scientists use a combination of observations and climate models, or simulations. Although the models are usually conservative in their conclusions, the extreme heat observed in Western Europe increased much more than estimated by the models.

“While models estimate that greenhouse gas emissions increased temperatures in this heat wave by 2°C, historical weather records indicate that the heat wave would have been 4°C cooler in a world that had not warmed. by human activities,” WWA said in a news release.

“This suggests that the models are underestimating the real impact of man-made climate change on high temperatures in the UK and other parts of Western Europe. It also means that the results of the analysis are conservative and that climate change probably increased the frequency of the event by more than the factor of 10 estimated by the study.

Last week, the UK experienced high temperatures exceeding 40°C for the first time on record, reaching 40.3°C in the English town of Coningsby on July 19. The UK government has issued its first red-level extreme heat alert for parts of England, including the capital London.

As temperatures soared, the country’s infrastructure cracked. The train tracks buckled; an airport runway melted; London firefighters declared a “serious incident” as several fires broke out simultaneously in what the service said were their busiest days since World War II.

People were advised to work from home, some schools were closed, and hospitals and emergency services were stretched thin.

“In Europe and other parts of the world we are seeing more and more record-breaking heat waves causing extreme temperatures that have become hotter than most climate models,” said Friederike Otto of the Grantham Institute for Climate Change. Climate Scientist at Imperial College London, who heads the WWA project. “This is a worrying finding that suggests that if carbon emissions are not cut quickly, the consequences of climate change on extreme heat in Europe, which is already extremely deadly, could be even worse than we thought.”

Every fraction of a degree of global warming will bring with it a worsening of the impacts of the climate crisis. The world has already warmed by around 1.2°C, on average, and there is a growing consensus that humans should try to keep warming to 1.5°C to avoid tipping points, where some Ecosystems on which the Earth depends for its ecological balance could find it difficult to recover.

See also  Death of journalist: Patriarchy in Jerusalem demands clarification - freedom of the press and freedom of expression

The scientists said the model results also indicated that a heat wave as intense as last week’s in the UK is “still rare in the current climate”, with a 1% chance of occurring each year. However, once again, weather records suggest that the computer simulation results are conservative and that similar extreme heat events are likely to occur more frequently.

In response to the publication of the new WWA analysis, Dr Radhika Khosla of the Oxford Smith School of Enterprise and the Environment praised the scientists for their speed.

“By conducting a rapid analysis based on established and peer-reviewed methods, the WWA team is able to make the evidence-based results public while we can all still remember last week’s major extreme heat upheavals. This is the latest in a series of studies showing the same result: climate change makes heat waves more likely and more intense,” Khosla said.

“The level of heat the UK is now experiencing is dangerous – it is taxing our infrastructure, our economy, our food and education systems, and our bodies. As the study points out, many UK homes are becoming uninhabitable in the heat. Adapting to rising temperatures, building heat resilience with sustainable approaches and protecting people is an urgent priority as record temperatures become the norm.”

Peter Stott, a researcher at the UK Met Office, said this will not be the last time the country is forced to deal with such extremes.

“Temperatures above 40C will return, possibly in the next few years and most likely in the next few decades,” Stott said. “We will only be able to reduce the risks of these extremes becoming more frequent by reducing greenhouse gas emissions.”