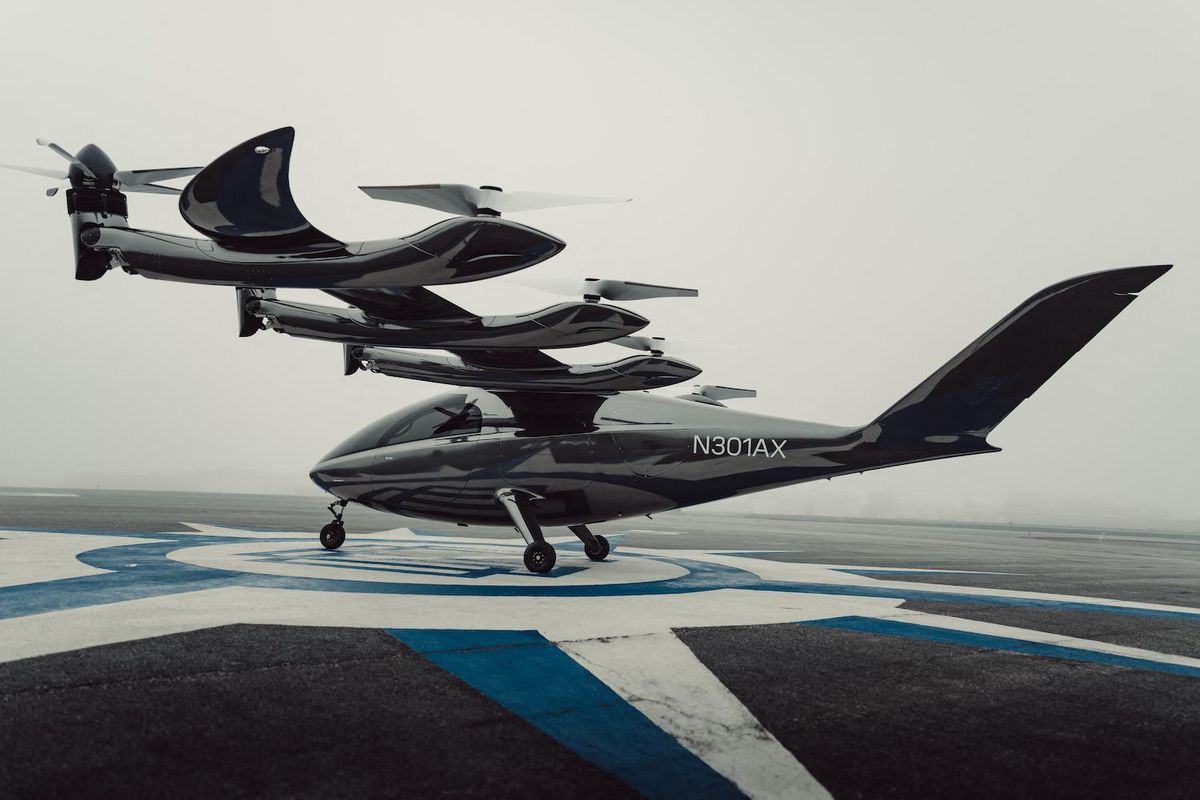 Innovation: Unmanned air taxis set to take off within 10 years

In Silicon Valley, several companies are actively preparing for this future of mobility.

Small electric planes, piloted by artificial intelligence, which cross above cities, to take their passengers from one “vertiport” to another, this is the sci-fi setting that Silicon Valley promises from here. only ten years. “We will see the emergence of networks of electric, regional or long-distance air taxis. The landscape will change a lot,” says Marc Piette, Belgian founder of Xwing, a start-up specializing in autonomous technologies for aviation.

Several Californian companies are actively preparing for this future of mobility, a remedy for traffic jams and pollution. In a hangar in Concord, San Francisco Bay, Xwing is focused on the most confusing factor of the equation: making any vertical take-off and landing (VTOL) aircraft, airplane or plane, at fossil or electric fuel, can taxi, take off, fly and land on its own.

And talk to passengers at the same time. “Autopilot system engaged,” a woman’s voice declares to Ryan Olson as he sits at the controls, ready for a journey where he won’t touch the dash or joystick, like an instructor with a well-advanced apprentice. “The plane is a good student, unlike humans who behave differently each time,” says the pilot.

Equipped with cameras, servers, radars, lidars and other sensors, the Cessna Caravan is already self-sufficient in good weather, and Xwing is working to make it capable of facing bad weather on its own.

In February, an electric VTOL (eVTOL) from Joby crashed during a remotely piloted flight, when the start-up was testing speeds above its limits. “It’s bad for the whole industry when there is an accident (…) But that’s what the tests are for,” says Louise Bristow, vice-president of Archer, another company.

Archer and Joby’s eVTOLs look like helicopters but with one wing and multiple propellers. They hope to launch their first air taxi services by the end of 2024, with pilots. Wisk Aero, a start-up from Boeing and Larry Page — co-founder of Google — is working on an autonomous eVTOL.

Archer has received a pre-order from United Airlines for 200 vehicles and is targeting Los Angeles and Miami to start. “We are building the Uber of the sky,” says Louise Bristow. She estimates at ten years the time needed “for there to be enough devices in service, for people to get used to moving around like this, and for you to feel the difference” in the cities.

According to Scott Drennan, a new air mobility consultant, these dreamlike visions are taking shape through the convergence of three technologies: electric power, computing capabilities and autonomy systems. But while technology is on track, companies face two major challenges: certification and infrastructure. The authorities are not reluctant but obtaining their agreement “will take longer than you think”, underlines the expert.

It will also be necessary to build “vertiports” (vertical airports), and “a digital interface to manage air traffic and the communication of vehicles between them”.

So many reasons why Xwing has chosen to start with autonomy. “We took an existing, well-known device. We make the minimum modifications to convert it into an autonomous aircraft and have it certified, and then we can explore other applications,” sums up Marc Piette. Doing without pilots should make it possible to reduce costs and meet demand in underserved regions, which lack neither airports nor planes but plenty of manpower.

The start-up plans to first equip machines responsible for delivering goods, with a view to commercial operations within two years, before moving on to passengers. The boss knows that he will face resistance but he is convinced that these flights will be safer.

“The vast majority of air accidents are caused by human error,” he notes, before recalling that thanks to the autopilot, “people are already flying largely on their own.” He also explains that autonomy is “easier” in the air, where the environment is under constant control, unlike the roads.

What if hackers took control remotely? “Our technology is designed so that the aircraft refuses to obey dangerous orders,” replies Marc Piette. When elevators were invented, “people were terrified to use them without an operator,” he laughs. “Today we press the button without asking questions. It will be the same for aviation”.