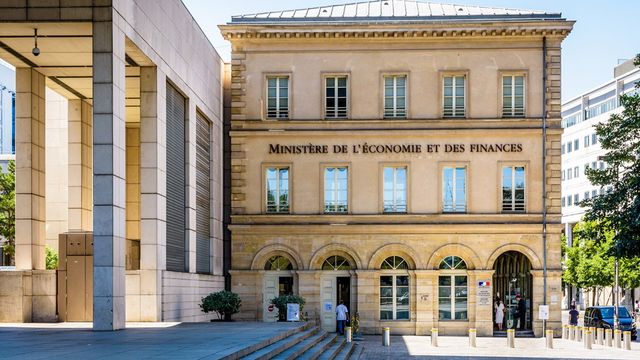 Inflation: what awaits the French economy

It’s a good surprise. In France, the sharp drop in energy prices in recent weeks has brought down inflation. After reaching 6.2% in November, the rise in consumer prices slowed in December to 5.9% over one year, according to the provisional estimate published on Wednesday by INSEE. In its projections presented in mid-December, the Statistical Institute still expected a price increase of 6.6% over one year at the end of 2022.

But like Germany or Spain, France has taken advantage of the lull in oil prices, which have returned more or less to their levels of a year ago. At the same time, gas and electricity prices also fell thanks to the mild temperatures. Over one month, prices fell by 0.1%.

France nevertheless loses its status as the best student in the euro zone. While until now inflation was lower there than in most other countries, this is no longer the case. Prices rose 6.7% year on year in December according to Eurostat’s harmonized HICP price index, compared to 5.8% in Spain.

And the next few months are likely to be more difficult than elsewhere. Because while many countries believe they have passed the peak of inflation, in France, it is still ahead of us a priori.

According to INSEE, the rise in prices could indeed rebound in January and February, driven by the mechanical effect of the end of the general rebate at the pump and by the new calibration of the tariff shield (with a 15% rise in prices gas and electricity). “Given the evolution of the month of December, it is not certain however that the rise in prices will reach 7% at the start of the year”, observes Julien Pouget, chief economist of INSEE. Looking ahead to June, it should in any case fall back to around 5.5%.

This scenario remains subject to numerous uncertainties such as new geopolitical tensions and higher than expected energy prices. The evolution of the Chinese economy will weigh . “In the short term, the return of the Covid in China can create tensions on supplies, likely to support certain prices. The restart of the Chinese economy in a second step, with undoubtedly a strong demand for energy, is also likely to be inflationary”, indicates Julien Pouget. Finally, the development of the support policies implemented by the executive over the coming months will also be decisive.

At this stage, the Minister of the Economy, Bruno Le Maire, is still counting on a drop in inflation in France “during 2023”, as he repeated this Wednesday on France inter, with a target of 4.3 % on average over the whole year.

According to the director general of the Treasury, Agnès Benassy-Quéré, the rise in prices should change in nature. Rising energy and commodity prices “made up the largest share of inflation in 2022,” she wrote in a blog post titled “A price-wage loop on the 2022 tree.” But “in 2023, one of the main drivers of inflation should in fact be the rise in wages, which could exceed 6% over one year, according to the Banque de France. This increase in wages will in turn feed the rise in prices”.

In the meantime, the INSEE household confidence indicator remains at historic lows. Pessimistic about their financial situation, they believe that prices will continue to accelerate over the next few months. A climate that should not encourage spending. This could contribute to a weakening of consumption, the traditional engine of growth in France.