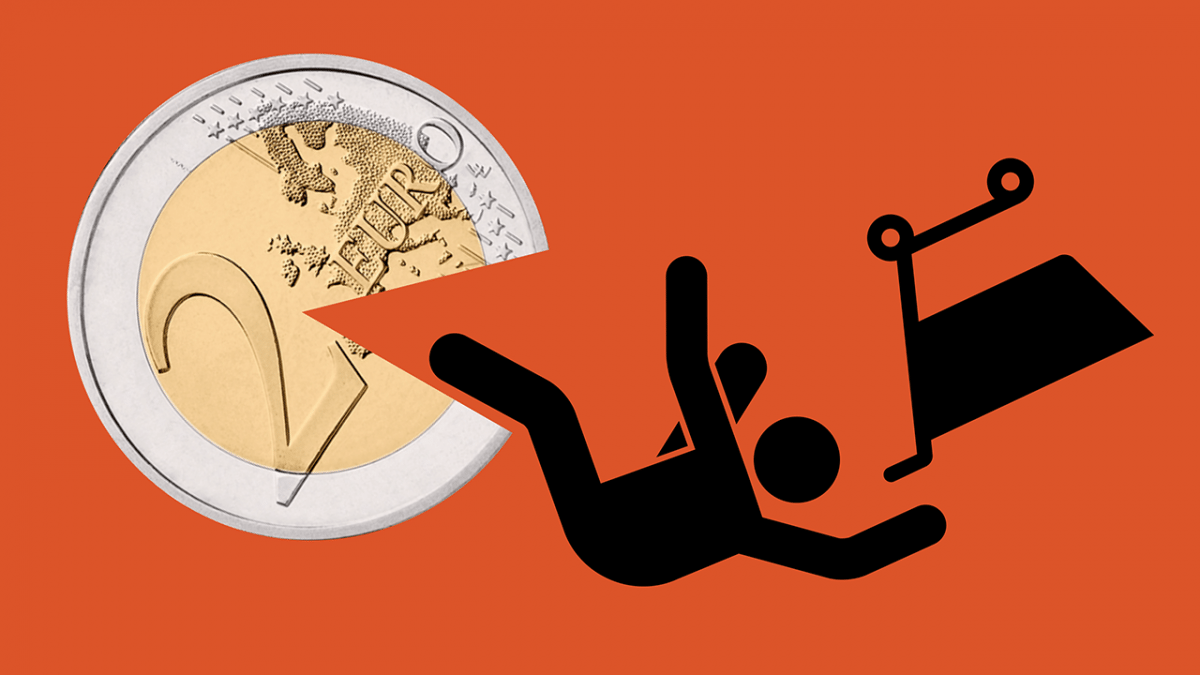 Inflation: “The longer you delay the problem, the harder the consequences will be”

The ECB’s monetary policy leads to stagflation, since the European Central Bank, unlike the US Federal Reserve, does not even begin to take countermeasures

Although the US Federal Reserve (FED) started belatedly to tackle the high and rising inflation by raising interest rates, it has at least started to do so. Two months ago, the key interest rate was initially increased by 0.25 points via an initial and only slight interest rate hike.

The key monetary policy rate in the USA was therefore in a range of 0.25 to 0.50 percent and no longer between 0 and 0.25 percent. It was clear to everyone that that was far too little and would not change anything about the strong inflationary pressure. That’s why the FED took a bigger sip from the bottle last week. The US Federal Reserve raised interest rates by 0.5 percentage points. In the future, it will now be in a range between 0.75 and 1 percent.

That was the Fed’s largest rate hike in 22 years. However, it is doubtful that it will change anything about the high inflation. Inflation in the US had already risen to 8.5 percent year-on-year in March. This is the highest rate of inflation in four decades. “Inflation is way to high‘ said Federal Reserve Chairman Jerome Powell.

We know about the hardships that high inflation provokes. “We will act quickly to lower them again,” he promised. That’s why further hikes of around 0.5 percentage points are due at the next meetings of the Federal Reserve Board, Powell affirmed.

Whether the FED has really understood the hardships this high inflation means for ordinary people, who are losing more and more purchasing power and whose savings – if they exist – are being devalued, can actually be doubted.

Because otherwise the FED would not have watched the goings-on for so long, which has led to the further impoverishment of ever broader sections of the population. There is more fear of second-round effects and persistently high and rising inflation, which is why the tide is now being turned around in the USA.

The zero and negative interest rate policy has now had fatal effects and, as far as the European Central Bank (ECB) is concerned, it has been criticized as counterproductive by the central bank of central banks in Basel for many years.

For almost seven to eight years, the Bank for International Settlements (BIS) has also pointed out that these policies are only keeping zombie banks and zombie companies alive artificially. Financial market stability was not strengthened as a result, as was always stated, but was further weakened.

Wealth distribution from bottom to top

The low interest rate policy had fatal consequences. “It has led to the real estate markets and stock prices rising enormously as a result of the interest rate cuts,” says the former chief economist at Deutsche Bank, Thomas Mayer, in a statement worth hearing Deutschlandfunkinterview this early Sunday morning. Almost no one has probably heard that, which is why we expressly refer to the content again here.

“Anyone who didn’t get close to these real estate prices and share prices was left in the dark,” says Mayer in clear terms about the direction in which wealth was distributed, namely from bottom to top. “What has really pulled apart the distribution of wealth has been the low interest rate policies of central banks over the last few decades,” he says.

You cannot base a policy on the assumption that the inflation forecasts you make will come true. But that is exactly what the ECB is doing. It derives its interest rate policy from inflation forecasts one to two years into the future. However, it cannot really anticipate inflation, or rather not at all correctly.

However, that is still worded very diplomatically. The forecasts of the Lagarde ECB have been so absurd for a long time that you are either dealing with “crazy people”, as the Nobel Prize winner for economics, Paul Krugman, once judged about the policy of the International Monetary Fund (IMF) to save the euro , when Lagarde was still head of the IMF, who dictated the “bailout programs” for countries like Greece.

Or there is a will behind it, a consciously implemented policy. That is to be assumed and it is also to be assumed that the ECB has maneuvered itself deep into a dead end.

In fact, under Lagarde’s leadership, the ECB squandered its own absurd forecasts that inflation would fall again very quickly in the spring. In contrast, it is rising to new record levels in real terms, despite the constant flow of new crisis measures. But you don’t want to learn a lesson from it.

Rather, the ECB keeps coming up with new excuses. So the Russian invasion of Ukraine came at the right time to now portray it as a driver of inflation. Even before the war, inflation was constantly setting new records. The aim is to hide the fact that the money glut from the central banks is the basis for the high rate of inflation.

The ECB is aware of all this. Why else did they create a basis for arguments in Frankfurt last summer in order to be able to continue the hustle and bustle? At that time, no Ukraine war was foreseeable, but the increasing national debt through ever new aid programs was obvious. This is to be “inflated away” in part via higher inflation.

This applies in particular to the heavily indebted countries, such as Lagarde’s home country France, which of course also continue to receive hidden state financing via the ECB. The ECB has therefore shifted the inflation target from “just under two percent” to two percent.

Much worse, however, is that the central bank now also wants to accept “stronger deviations upwards or downwards” and “over a longer period of time”. For the ECB, even official inflation that is almost four times higher than the target is obviously just a “stronger deviation”.