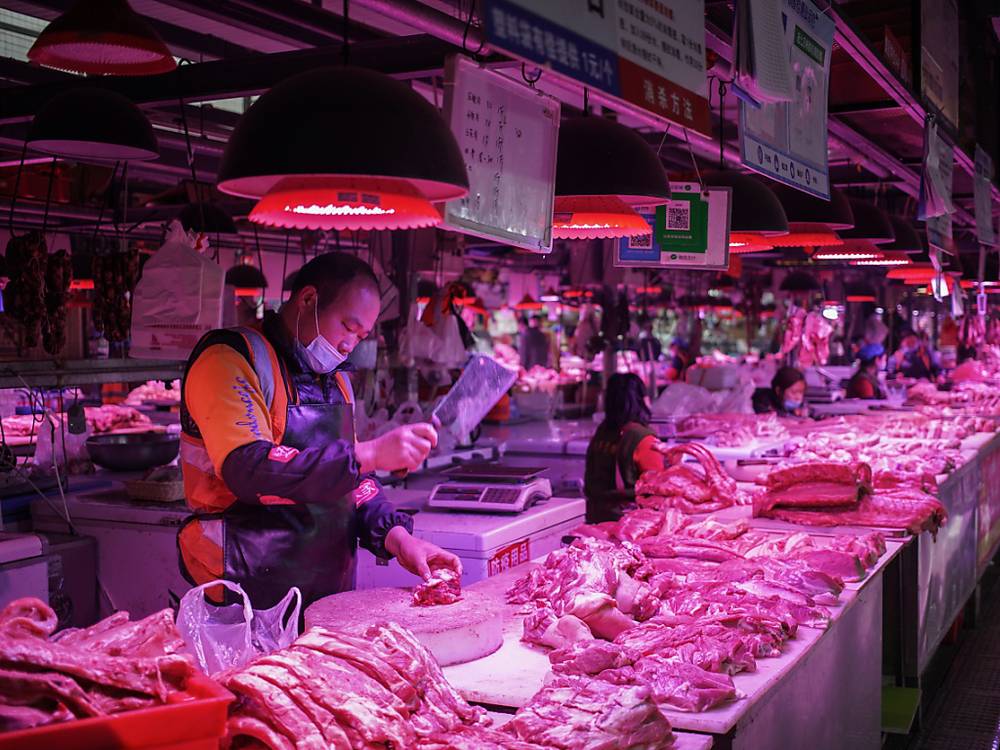 The inflation rate in China was at its highest in two years in July, according to official data published on Wednesday, mainly due to the rise in the price of pork, the most consumed meat in the country.

But unlike many other countries, especially in Europe and the United States, consumer prices have not exploded in the Asian country, despite the consequences of the war in Ukraine.

This increase is due to the increase in the prices of pork, fresh vegetables and other foods, as well as seasonal factors, underlined in a press release Dong Lijuan, a statistician of the BNS.

Food prices rose 6.3% year-on-year in July, with pork experiencing a 20.2% increase. This meat comes in China in the composition of countless dishes.

This rise is partly explained by the reluctance of some growers to sell as they seek to maximize their profits by taking advantage of high prices, as well as a recovery in consumer demand, according to the BNS.

On the fuel side, while their prices were higher in July than in the same period of 2021, they rose less quickly than last month, Ms. Dong said.

“The headline inflation rate has been driven by petrol inflation and, more recently, by a recovery in food inflation,” Capital Economics’ Julian Evans-Pritchard said in a note.

According to him, however, the weakness of the labor market, with many people struggling to find work due to the current economic situation, could stop this rise in prices and reduce inflation in the second half of the year.

By comparison, inflation in France was +6.1% in July over one year.

As for the producer price index, which measures the prices of goods leaving factories, inflation eased last month, rising 4.2% over one year – up from 6.1% in June.

The SNB explained this trend by a drop in the prices of raw materials on the international markets, especially crude oil and non-ferrous metals.