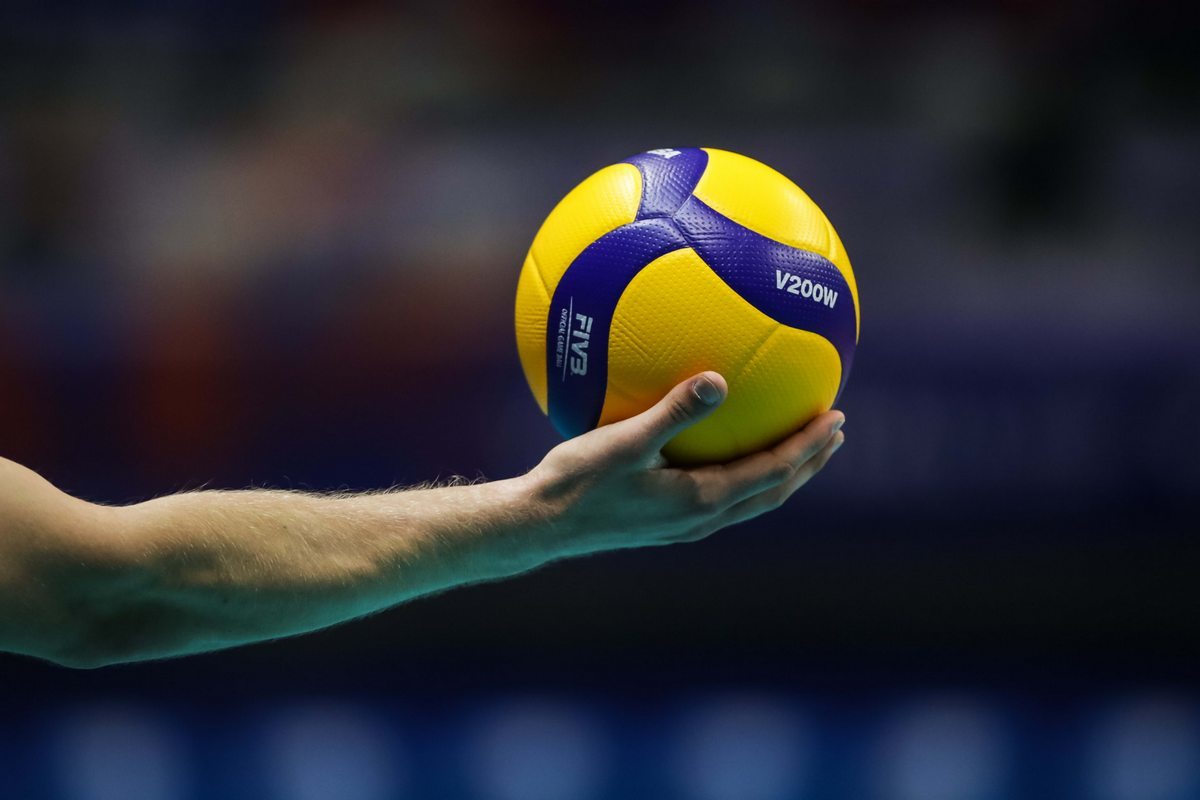 In volleyball, the Spartakiad begins: there will be no legionnaires, prize-winning and real national teams

But there is a chance to go down in history.

On August 11, the men’s volleyball tournament of the All-Russian Spartakiad starts with matches in Kazan and Novosibirsk. In it, the eight strongest teams of the last Russian championship will play under the names of their regions. A new competition in 39 sports has emerged as an alternative for Russian athletes who are suspended from international tournaments due to the situation in Ukraine.

Initially, the Spartakiad was positioned as a grand multi-sport event of the year, which, with its scale and level, should outshine world tournaments, but this is not felt at all. At least in volleyball, the Spartakiad is perceived simply as a good pre-season tournament. We tell you everything you need to know about it.

Looks like the teams will get only medals and souvenirs

“For victories and prize-winning places at the Spartakiad, awards will be commensurate with the level of world championships,” the Russian Minister of Sports said in June Oleg Matytsin. In early July, he noted that this is still an unresolved issue: “We are at the stage of active study of the issue of bonus remuneration for athletes and coaches. We want the size of the prize money to be close in status to the world championships. This requires approval, including at the government level.”

At the beginning of summer, rumors about impressive bonuses for the Spartakiad also circulated in volleyball circles, but gradually faded away. BO Sport sources report that no payments are planned. It seems that the winners will receive only medals and souvenirs – as indicated in the regulations. It is unlikely that anyone was very upset because of this – after all, in volleyball the regions will be represented by professional clubs in which players and coaches are on contracts. However, prize money could be an additional motivation. Perhaps, sports titles will be a bonus for players, but there is still no complete clarity on them. But there is a chance to go down in history as the first winners of the Spartakiad. It can become traditional if Russia’s sports isolation continues in the coming years.

Initially, it was declared that all expenses for the Spartakiad would be borne by the state. So it is – the regional ministries of sports pay for the flight, accommodation and meals of their athletes. The catch is that this is done according to the standards of the department, and they are minimal. Accordingly, in order to maintain the usual diet of players or get comfortable living conditions, clubs need to pay extra. According to our information, many teams also made the uniforms for the tournament at their own expense.

In general, managers of Super League clubs negatively assess the level of organization of the Spartakiad. This applies to those issues for which the Ministry of Sports is responsible. No one doubts that the organization of the matches themselves will be at a high level, because here everything basically falls on the host clubs.

Who will play at the Spartakiad?

In the men’s tournament, there are eight best teams from the last Russian championship: Dynamo, Lokomotiv, Zenit-Kazan, Zenit St. Petersburg, Dynamo-LO, Belogorye, Kuzbass and Samotlor. They will play like Moscow, Novosibirsk region, Tatarstan and so on, but in this case it’s just a formality. On the game uniform there will be logos of clubs and their sponsors, as well as coats of arms of the regions and logos of sponsors of the WFV. Only the Khanty-Mansiysk Autonomous Okrug has two clubs in the super league (Samotlor and Gazprom-Yugra), but they did not collect the regional team.

In the women’s tournament, seven clubs will compete for victory, as well as an alternative Russian team led by Zoran Terzic. Volleyball players representing foreign clubs will mainly play for this team.

“In men, all of our strongest players are now playing in Russia. For women, the picture is different. Three volleyball players who played at the Tokyo Olympics are on contracts with Turkish league teams. This is Arina Fedorovtseva, Irina Voronkova. Anna Lazareva. Several talented young players from the reserve teams are in the French “Volero” (Victoria Kobzar, Vyta Akymova, Elizaveta Kochuryna – order.), Sofia Kuznetsova in the Italian Cuneo. It would be wrong not to give them the opportunity to perform, especially since the competition is called the “Spartakiad of the Strongest,” the Secretary General of the All-Russian Volleyball Federation explained in an interview with Rossiyskaya Gazeta. Alexander Yaremenko.

Both tournaments have the same format. The teams will play in a circle, after which the first and second teams will play for the “gold”, and the third and fourth for the “bronze”. Men will play the first three rounds on August 11-13 in Kazan and Novosibirsk, the next four rounds (August 16-19) in Moscow and Odintsovo. Women will start the tournament in Kaliningrad and Tula (August 17 – 19), and then also move to Moscow and Odintsovo (August 22 – 25). Medal matches will be held on August 21 and 27 at the Dynamo Moscow Arena on Vasilisa Kozhina Street.

What will be the teams?

Foreigners cannot play in the Spartakiad, so many teams are not in optimal lineups. Samotlor and Kuzbass do not have such a problem, which did not sign legionnaires during the off-season. But the Kemerovo residents have another trouble – the finisher was injured Anton Karpukhov. Instead, the 17-year-old Timofey Pavlov.

There are many young players in all teams. This is due both to the absence of legionnaires and to the format of the tournament: 7 games in 9 days, while the winners have 8 games in 11 days. Coaches talk about the rational use of leaders and the desire to see the youth in action.

“Everyone will fight, but not to the fullest”, “It is unlikely that anyone sets the task of winning the Spartakiad” – the main thoughts of the three club managers with whom we talked. All of them regard the Spartakiad as a good pre-season tournament, in which it is important not to overload the players. August is not the time when you need to reach the peak of your form.

“We, as professionals, must take any competition seriously. There will be the strongest teams, fans and coaches of the Russian national team will watch. Who knows, maybe this tournament will eventually become super prestigious? In any case, you need to strive to win in every match, ”the diagonal Kuzbass said in a recent interview with BO Sport. Kirill Klets.

For some, the Spartakiad is an opportunity to show their worth and get a full-fledged contract. For example, in Lokomotiv, there are finishers on view Yuri Berezhko and Omar Kurbanov. (UPD: after the release of the material, Lokomotiv officially introduced the newcomers, noting that the roster for the 2022/23 season was completed).

At “Zenith-Kazan” on viewing Sergei Antipkin, but he was not included in the application for the Spartakiad – the volleyball player is not yet ready to play. A couple of Kazan setters will be Novel Poroshin and Oleg Terentiev. Moreover, immediately after the tournament, Poroshin will go to Belogorye, and Kazan players will be waiting for their return from the World Cup Mikey Christensen.

An unusual deal in Russian volleyball: Poroshin moved to Belgorod, but will play for Kazan at the Spartakiad

Similar stories will be with Lokomotiv players: after the Spartakiad Maksim Sapozhkov going to Verona Ilya Kazachenkov – in “Yenisei”. By the way, Loko has the largest application for the tournament – as many as 20 players. Zenit St. Petersburg has 19. They involve a lot of volleyball players from the second teams.

Matches of the first three rounds of the men’s tournament of the Spartakiad will be shown in large volume by the Match! Game” – all six games from Novosibirsk and evening matches from Kazan. Also, live broadcasts will be on the Sportbox portal and on the VolleyRu YouTube channel.

What’s with the tickets?

Entrance to the group stage matches in Kazan and Moscow will be free. Lokomotiv, Dynamo-LO, Kuzbass and Samotlor will play in Novosibirsk. Tickets for the game day cost from 200 to 500 rubles. Subscriptions for all three days – from 550 to 1350 rubles. There will also be tickets for the games in Odintsovo, but they can only be purchased at the arena box office. Information on the cost of tickets for medal matches is not yet available.